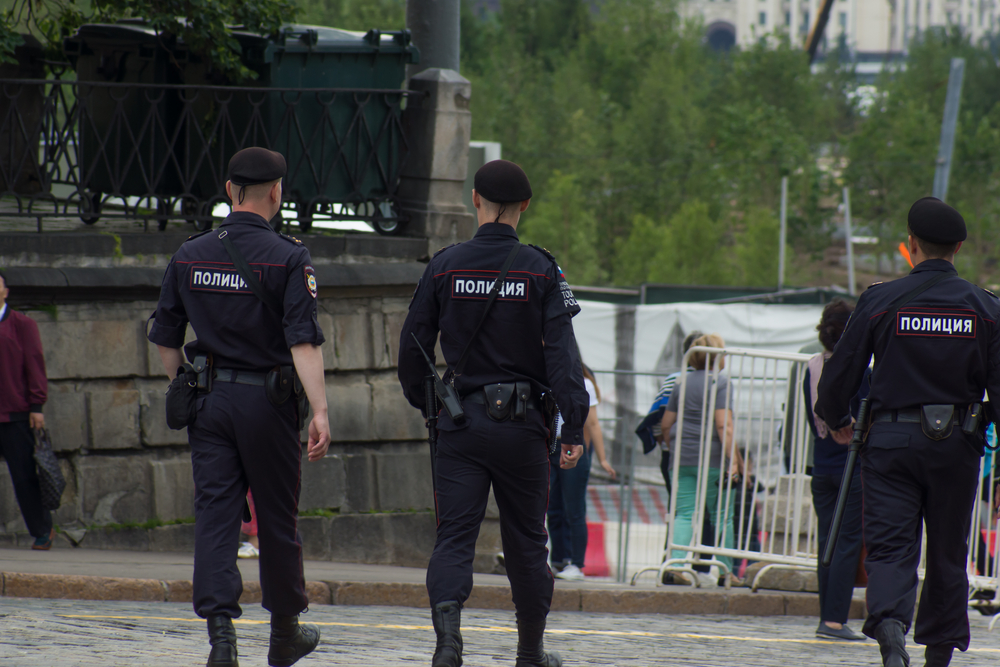 Russian police officers have seized 22 Bitcoin automated teller machines (ATMs) which were installed in shopping malls, stores and restaurants across 9 towns. According to local media reports, the seizure order was given by the Central Bank of Russia (CBR) through the office of the Prosecutor General. Primary reasons for the seizure are not clear, …

Russian police officers have seized 22 Bitcoin automated teller machines (ATMs) which were installed in shopping malls, stores and restaurants across 9 towns. According to local media reports, the seizure order was given by the Central Bank of Russia (CBR) through the office of the Prosecutor General. Primary reasons for the seizure are not clear, although the ATM operator, BBFpro, said that the authorities ordered for the confiscation to inspect the working system of the ATMs and to find out how the company uses these machines.

Artem Bedarev, BBFpro’s CEO argued that the seizure was illegal and correct communication was not used before the act. Speaking to Russian media house RBC, he said that he was verbally informed that the regulators needed six months or more to inspect the ATMs and that they would only release the machines once they were done with the process. He termed the act as unwarranted and puzzling.

Meanwhile, the prosecution officers insist that the confiscation process is part of their regular checks aimed at tracing any illegal activities carried out in the financial market. When the CBR’s spokesman was asked to provide specific details of the confiscation, he said that “uncontrolled cash transfer and subsequent cashing activities are highly risky and can easily cause illegal activities in the cryptocurrencies industry.”

BBFpro is currently assessing the financial loss incurred before it submits an appeal. Sarkis Darbinyan, the company’s legal representative, stated that BBFpro has 22 Bitcoin ATMs including one in Rostov-on-Don, one of the cities that hosted the 2018 FIFA World Cup. He added that all the ATMs operate within legally established procedures, verify the identity of the users and maintain high levels of transparency.  The government has no legal basis for the seizure of the ATM’s as “the current Russian legislation allows buying and selling of cryptocurrencies within the region,” he argued. He further pointed out that the company is entitled to fair treatment by the government as it pays taxes within the set time frames.

Russian authorities have asked for the company’s exchange rate details, tax standing and the anti-money laundering processes that it has implemented. This seizure comes at a time when the Federal Financial Monitoring Service in the country is developing a crypto wallet tracking software aimed at minimizing cases of illegal use of crypto in the country. The initiative, which will cost approximately 195 million rubles ($2.8 million), will help in monitoring data transaction records for crypto users.

BBFpro launched the bitcoin ATMs in Russia early last year and since then the company has been supporting the purchase of bitcoins and other cryptos. It allows investors to purchase bitcoins worth 15,000 rubles ($220) or less without identification details. However, due to the increase in fraud cases, customers who intend to transact more than that amount must provide their personal information including their name, national identity card, contact phone and social security number.

Although BBFpro is not the only bitcoin ATM company in Russia, it is one of the market leaders. All its 22 ATMs allow investors to buy bitcoins, but it’s yet to integrate the sell option. While the sell option has been revealed to be in the pipeline, the current setback could derail any future plans as the firm, and the industry at large awaits the government’s decision.

Russia has been progressively adopting cryptocurrencies and blockchain technology, but its digital currency laws are still in a grey area. Last year, Alexei Missev, the deputy finance minister made it clear that Bitcoin settlements in Russia would not be legalized any time soon. However, in March 2018, the lower house of the Federal Assembly initiated three bills in regards to blockchain technology which a majority of the members voted for. The new regulations are however yet to be implemented.