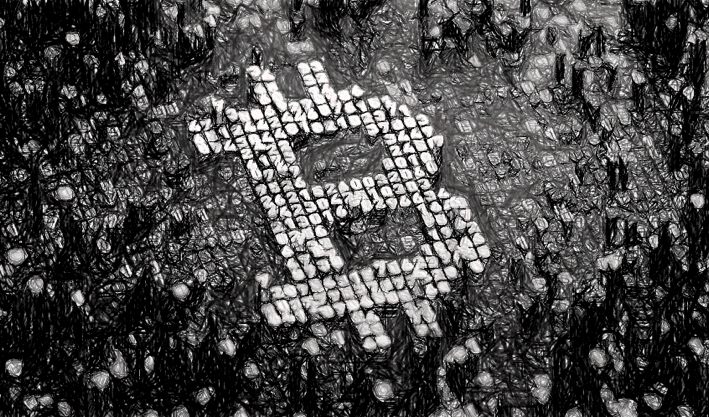 8 Reasons Why Bitcoin’s Price Is So Volatile? “The root problem with conventional currency is all the trust that’s required to make it work. The central ba

8 Reasons Why Bitcoin’s Price Is So Volatile?

“The root problem with conventional currency is all the trust that’s required to make it work. The central bank must be trusted not to debase the currency, but the history of fiat currencies is full of breaches of that trust. Banks must be trusted to hold our money and transfer it electronically, but they lend it out in waves of credit bubbles with barely a fraction in reserve. We have to trust them with our privacy, trust them not to let identity thieves drain our accounts.” Satoshi Nakamoto Bitcoin open source implementation of P2P currency

The world economy is becoming digitalised and this process requires a lot of stages. The first one if the digitalisation of money. Money has been around for millions of years in various ways and in its fundamentals is essential a value creation. Money and special currencies were build to support value transactions and were always dependent of demand and offer. This fluctuations have created volatility and a lot of issues during history.

Digital currencies (the so called digital money or electronic money or electronic currency) are a type of currency available only in digital form, not in physical (such as traditional banknotes and coins). And while digital currencies exhibits properties similar to physical currencies, but allows for instantaneous transactions and borderless transfer-of-ownership the fast forward evolution of these new value forms of exchange are still volatile. Bitcoin the major digital currency and the matrix one is an innovative value and payment network and a new kind of money, that can be seen as per the graphic bellow in various ways, but like any value concept is as well subjective to change value and dispersion.

This capacity to create value has shifted in an increasing digital economy and although the concept of volatility has been always present in civilisations it is now something of a velocity never seen in history. While volatility is a statistical measure of the dispersion of returns for a given security or market index with the inception of Bitcoin how can you define it? Volatility is tricky when it comes to to Bitcoin as it is a new ecosystem. But as in any traditional value asset it can either be measured by using the common standard deviation or currency variance between returns from that same currency security or market index. Commonly, the higher the volatility, the riskier the asset / security and all goes around that.

We’re rapidly approaching the ten year anniversary of Bitcoin’s whitepaper publication, and it is interesting to see the evolution of Bitcoin, and its effect with the emergence of blockchain, and the affiliates and derivatives alternative cryptocurrencies and decentralisation.

Bitcoin has been a volatile value asset, digital currency target since its inception. The famous price fluctuations in the Bitcoin spot rate on the Bitcoin exchanges have happened since this crypto currency inception.Bitcoin volatility is here to stay and is driven by many factors. Volatility is measured in traditional capital and forex markets by the Volatility Index, also known as the CBOE Volatility Index (VIX). Volatility in Bitcoin is more sensitive as it does not yet have a generally accepted index and as this digital currency is still not seen as a convention currency or an asset class, as it is still in its nascent stages, but we do know that Bitcoin is capable of volatility in the form of 10x / 20x changes in price versus the U.S. dollar, in a relatively short period of time.

The year 2017 has shown record volatility and growth in the Bitcoin price and as it is traded 24/7 any day of the week we are only in its inception.

Here are just a few of the many factors behind Bitcoin’s volatility:

The rate of adoption of Bitcoin is hampered by good or bad press. Some news events can scare Bitcoin users or excite them to a scale of euphoria, this include geopolitical events and statements by financial experts, bankers, central banks, industry thought leaders, industry personalities and governments that Bitcoin is likely to be regulated or that is used for bad purposes.

2. Bitcoin’s perceived value, like in any financial asset or currency fluctuates:

One reason why Bitcoin fluctuate against fiat currencies is the complexity of its perceived store of value versus the fiat currency and the technology implications and mining operations.

3. Bitcoin’s complex store of value and method of value. As the Bitcoin ecosystem and financial value grows a

4. Bitcoin market manipulations by big players – the so called Whales

Bitcoin is so far mostly not regulated so it can be manipulated by the so called big holders of Bitcoin currency. These big players or groups of Bitcoin holders can drive Bitcoin volatility to an extent driven by holders of large proportions of the total outstanding float of the currency.

As a new emergent digital asset and mostly driven by software and algorithms there are challenges of scale and security. In the case of Bitcoin key technology element is the scalability of its technology system. The element capability of a system, network, or process to handle a growing amount of work, or its potential to be enlarged to accommodate that growth.The news and developments about security breaches make investors react: Bitcoin can also become volatile when the Bitcoin community exposes security vulnerabilities in an effort to produce massive open source responses in the form of security fixes.

As Bitcoin grows and gets global adoption many people in countries with high inflation and poor financial stability adopt Bitcoin as a solution for their issues. The Bitcoin price is correlated more and more with foreign direct investment in countries with high inflation. Bitcoin’s use case as a currency for the developing countries that are currently experiencing high inflation is valuable when considering the volatility of Bitcoin in these economies versus the volatility of Bitcoin in US$.

7. Bitcoin’s high profile internal community politics and fights are another driver of volatility.

Bitcoin as a strong and sometimes aggressive community that agrees and disagrees about its growth, technology, ideological future and present and sometimes just how to move forward. These things happen in an technological ecosystem that has no central government or equivalent to a central bank therefore the community needs to find the right solutions. Something that like in any community is not always consensual and affects the price and volatility of Bitcoin.

8. The financial, tax and regulatory DNA of Bitcoin affects its price.