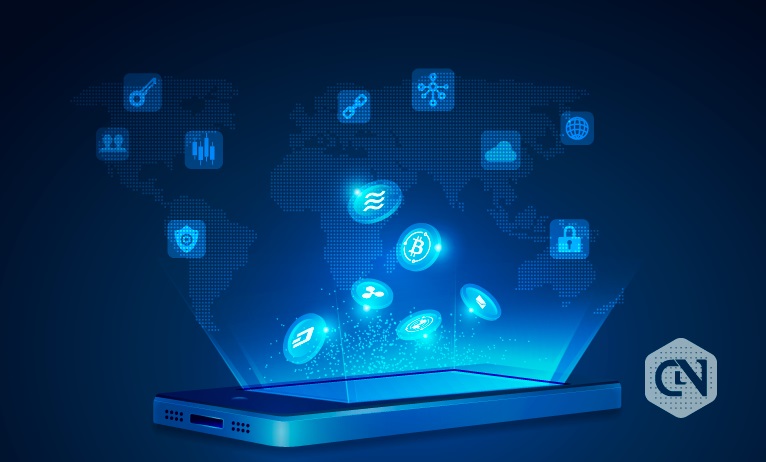 The present era is all about fast-moving innovative technology that is capable of giving extraordinary results in an unprecedented manner. Interestingly, there has been a constant drive towards the blockchain technology by the tech-savvies who played their biggest bets in the industry, which is still striving to root itself firmly. Undoubtedly, the blockchain technology arena has enjoyed hype and criticism all at the same time over its growing years. Blockchain came into limelight when the world’s first cryptocurrency, Bitcoin made its advent in the financial space. Till date, in a general public consciousness, the technology is looked upon to be synonymous with digital currencies. But the reality is entirely different as cryptocurrencies are merely an application of blockchain technology and not the ultimate driving force of the decentralized technology.

With a growing quest for exploring new opportunities of the blockchain technology, the pioneers are in constant efforts to infuse the excellence of decentralized technology into different industrial domains. The smartphone industry is one of the most fast-developing industries, which boasts of a strong client base coming from different parts of the world. The younger generation which is in constant search of new and cool tech devices has an unavoidable affinity towards the latest smartphones.

If a person had mentioned about blockchain smartphones some time back, it would have been something unheard of. However, in recent times, blockchain smartphones have garnered quite a lot of attention from mobile lovers worldwide. To be precise, you may or may not be a crypto enthusiast, but blockchain-based phones can surely be a prized possession for one to take hold of.

So, before exploring the merits of this new-age technology, it’s important for us to understand what is a blockchain phone in reality.

What is a blockchain smartphone?

A blockchain-driven smartphone claims to work as a node that is capable of keeping a tracklog of each and every transaction on the network along with the verification of the accuracy of the recorded transactions in the most convenient manner. Unlike the other normal phones, blockchain smartphones like HTC Exodus 1 allow the users to keep control over the possession of their own private and public keys, which indirectly makes them the ultimate channelizing force of their own holdings. In other cases, Google, Apple, a crypto exchange, or a firm that is being designated with the responsibility is responsible for holding the assets for the user. Despite being an Android phone, the mobile phone has an additionally protected zone that is away from Android’s insecurities.

These lucrative features make blockchain smartphones quite popular in the industry. These devices facilitate an easy mechanism of managing cryptocurrencies and other digital assets in a secured manner.

Blockchain smartphones offer high-grade security parameters to their customers as they come with a built-in hardware wallet, which acts as an offline storage box for the storage of digital information for easy access. The holding of private keys and passwords becomes quite easy using blockchain smartphones.

Best Blockchain Smartphones In The Market

The phone comes with a cryptocurrency wallet branded as a Cold Storage wallet. Users can store an array of digital currencies like Bitcoin, Cosmo Coin, Ethereum, Enjin Coin, etc. It also supports DApps.

The smartphone works on an Android operating system but is studded with a more secure system, ensuring quick and hassle-free transactions along with convenient storage of digital assets. The pre-installed wallet named the Zion wallet operates as a hardware wallet that stores cryptocurrencies.

Finney is the first blockchain smartphone that was introduced into the market for sale. It works on its own operating system (Sirin OS). The Sirin Labs Token is the native wallet of the phone and stores digital currencies for the users.

With the expanse of blockchain technology in almost every possible domain of the industry, one can think of; it won’t be wrong to say that this new-age technology is here to stay for long. The employment of blockchain to revolutionize the smartphone niche was undoubtedly a gamble, which eventually turned out to be a success. The future of blockchain mobiles looks quite promising as mobile tech giants like Samsung, HTC, and others are anxiously indulging themselves in pulling out the best innovations in the field. So, the time when the blockchain smartphones will be a common thing is not far away!!