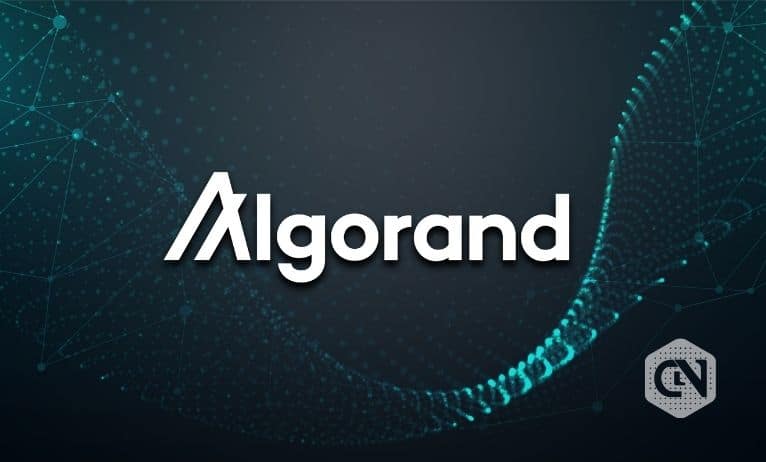 Algorand has shown a strong potential to reclaim its lost valuations. Technicals are weaker, but ALGO is reverting toward the previous positive sentiment.

Algorand was developed in the year 2017 by a team led by Silvio McCauley, a computer scientist specialized in crypto. The Algorand project is a blockchain much similar to ETH, but with faster transactions and a strong focus on achieving near-instant completion. ALGO can process up to 1000 transactions every second and complete transactions in less than 5 seconds.

The Algorand blockchain uses a pure Proof of Stake consensus mechanism, which gives validator rewards to all holders of ALGO token.

Algorand has a unique two-layer blockchain structure; the base layer one supports tokens, smart contracts, and NFT creation. The layer one of the blockchain, also helps to ensure compatibility and security.

However, complex smart contracts may take up more space and computing power or might just be too complex, reserved for layer 2, which is verified from the main chain. It enables this blockchain to maintain its scalability with security.

Algorand currently stands at 27th position in terms of the market capitalization of $4.3 billion with just 68% of liquidity.

The price trend of Algorand is testing the lower support levels as ALGO touched the one-year low value in May 2022. The bullish pumping session was cut short by the vast profit booking we witnessed on May 09, 2022, that made ALGO lose significant market value.

Algorand has lost a third opportunity to scale beyond its 100 Days moving average level since the beginning of 2022. This reducing price action has resulted in a declining value that even touched the one-year low price. Read our ALGO price prediction to know if the price will fall below the immediate support level or not.

The last attempt was made shortly before yesterday’s decline, which indicates the possibility of heavy profit booking with each failed attempt to surpass the resistance near its moving average curves. After collapsing, Algorand enthusiasts have again found a buying level near $0.539, thus repeating the previous buying trend.

On technical charts, RSI has taken a hit, but this time the low on RSI is still better than the last time it touched $0.539 levels. Buyers have gained enough time to acquire more ALGO tokens, and this should act as a FOMO scenario for the coming days.