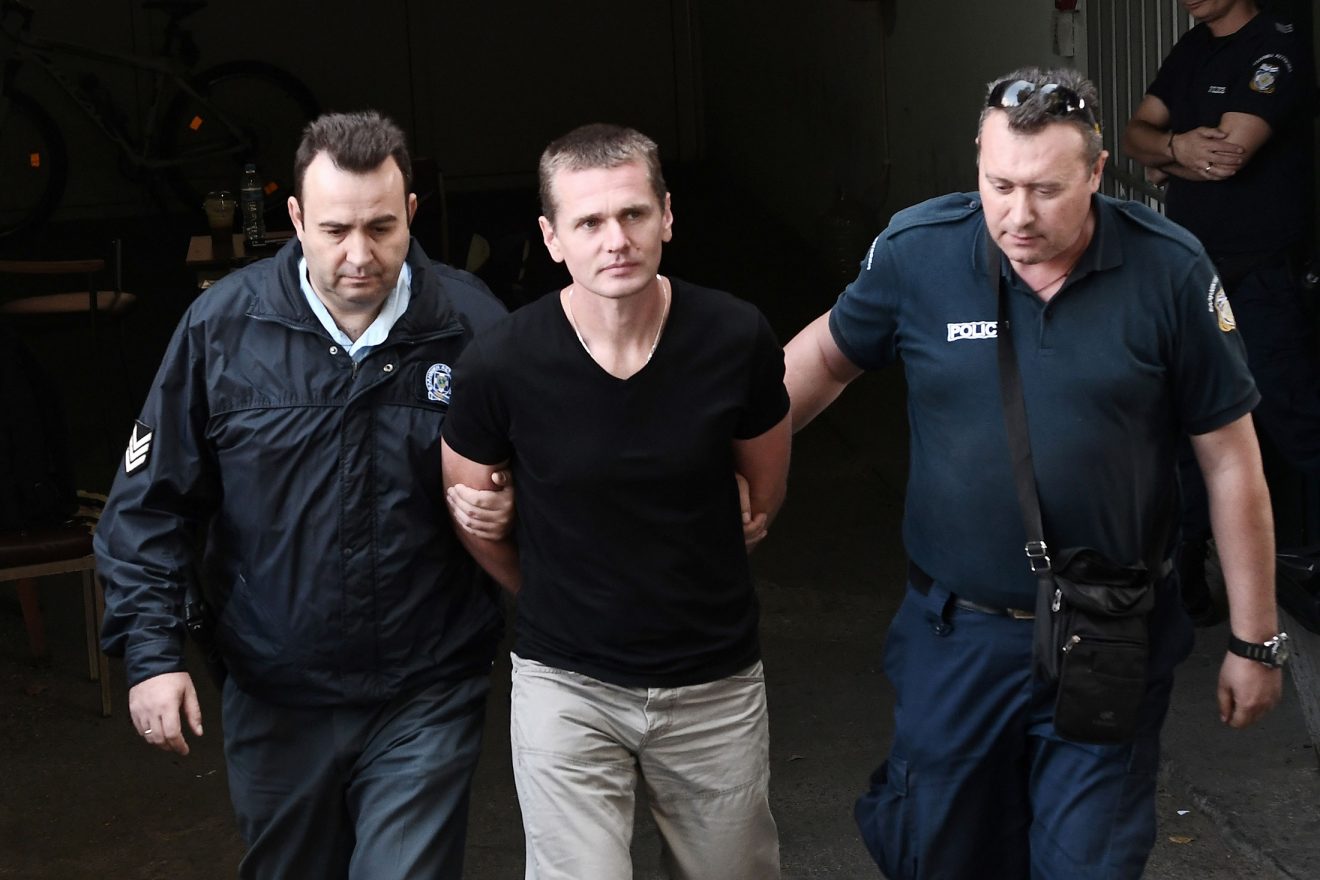 BTC e-exchange operator Alexander Vinnik, the Russian nationalist has appealed in a Piraeus city court for his extraction to Russia or to free him, the Kathimerini local media outlet announced on March 21. Alexander Vinnik is been accused of obtaining billions of dollars through illegal ways and is now officially seeking for extradition to Russia. …

BTC e-exchange operator Alexander Vinnik, the Russian nationalist has appealed in a Piraeus city court for his extraction to Russia or to free him, the Kathimerini local media outlet announced on March 21.

Alexander Vinnik is been accused of obtaining billions of dollars through illegal ways and is now officially seeking for extradition to Russia. For the period of over 6 years, he has been making money illegally of around $4 billion in cash via Bitcoin (BTC) platform, and he has filed a petition in the Piraeus City court for his extradition to Russia which is his home nation or to release him on humanitarian grounds.

Alexander Vinnik was detained in July 2017, in Greece, after he was accused by the police for money laundering charges from 2011 onwards. He was even alleged of conspiracy and transferring the cash which was obtained through illegal ways.

Since the time of his arrest in Greece, the governments of Russia, UK and now France wants the extradition of Alexander Vinnik.

However, alleged Alexander Vinnik for around 90 days is on hunger strike, e-Kathimerini reported the news about his hunger strike, and he was carried to the court through ambulance.

Until now, Alexander Vinnik has said that he is innocent of the charges which are leveled against him by the Greece police and remains defiant. Once he had said,

“I do not think myself guilty, and it is true that I worked with BTC-e, and I was doing my job as an employee, and it’s not right of accusing me over it.”

Earlier, Commissioner of Russia for Human Rights Tatyana Moskalkova had asked United Nations High Commissioner for Human Rights Michelle Bachelet and also Justice Minister of Greece Michalis Kalogirou to assist in extraditing Alexander Vinnik to Russia. The petition was filed in connection over the fading health of Alexander Vinnik because of the hunger strike that he started in November 2018.

During that course of time, Tatyana Moskalkova emphasized that wife of Alexander is seriously ill and is on the final stage of death. Commissioner for Human Rights later mentioned-

“On the basis of humanitarian grounds, I am seeking for the help to extradite him to Russia so that he can be close to his family.”

Tatyana Moskalkova also mailed letters to the Greek Health Minister Andreas Xanthos, to the President of the International Committee of the Red Cross, Peter Maurer and the Greek Ombudsman, Andreas Pottakis, requesting to offer Alexander Vinnik the necessary medical help due to his hunger strike.

Vinnik’s lawyer has alleged the Justice System of Greek for detaining him for more than 18 months which was approved for pre-trial detention.

The US Department of Justice has charged a fine of around $110 million on BTC-e and a penalty of 12 million dollars on Vinnik in July 2017; if Vinnik gets convicted, then he will face imprisonment for up to 55 years in jail.

French authorities seek extradition of Vinnik to France to investigate over series of fraud allegations. He has been accused by France for cheating more than 100 people across 6 French cities from 2016 to 2018.