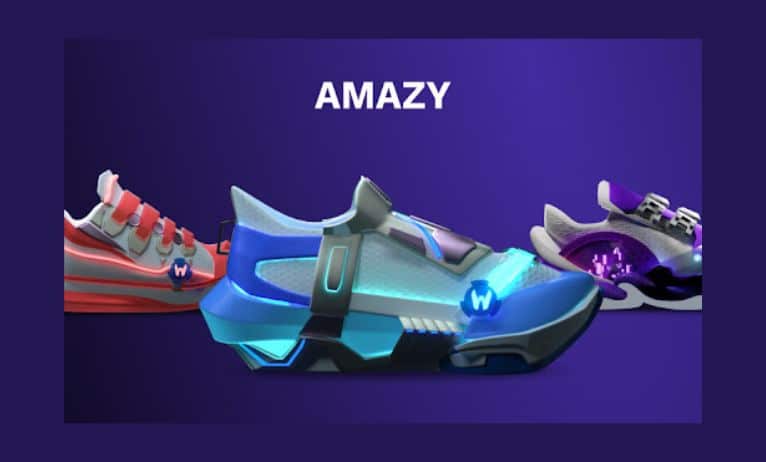 AMAZY, the fitness-centered platform, launched a mobile application for iOS and Android devices. Learn more about AMAZY and its mobile app in the article.

AMAZY is the NFT and crypto-centric platform that allows users to earn tokens for completing challenges. The venture recently released its mobile Move&Earn app on Google Play and Apple Store.

With well-thought marketing strategies and a visually-appealing interface, AMAZY attracts new users to the system for the long term.

Despite being an emerging name in the fitness-crypto domain, AMAZY has established a name in the market. The platform opened AMAZY marketplace on August 1, where users can buy and sell NFT sneakers.

AMAZY plans to add a feature that allows users to rent these properties. Shortly after, it released a mobile application on August 4th, which is available on App Store and Google Play.

Merely thirty hours after its launch, the first AMAZY sneaker was minted. Several weeks before that, the platform unveiled its governance token, AZY.

On July 22, AZY was listed on major exchanges, including OKX, ByBit, PancakeSwap, MEXC Global, and Gate.io. Within one hour of its listing, the token accrued a total trading volume of 20,000,000 dollars. The same day, CoinMarketCap started tracking AZY’s progress.

AMAZY is definitely not going to stop and revealed several plans via its core members. During the recently held AMA session, Artem Nikolaev (co-founder of Azur Games) and Sergey Kosenko (the founder of Kosenko Media Agency) talked about two more projects on the AMAZY platform.

The first one is a physical fitness tracker, allowing to use AMAZY for sports activities both outdoors and indoors.

The second project is a blockchain game to feature several AMAZY’s influencers from different spaces, like athletes, celebrities, bloggers, etc. Thus, it presents something interesting for every person.

Both projects will also use AMAZY’s AMT and AZY tokens. More details will be announced in Autumn 2022, so users should follow AMAZY’s social media handles for the latest information.