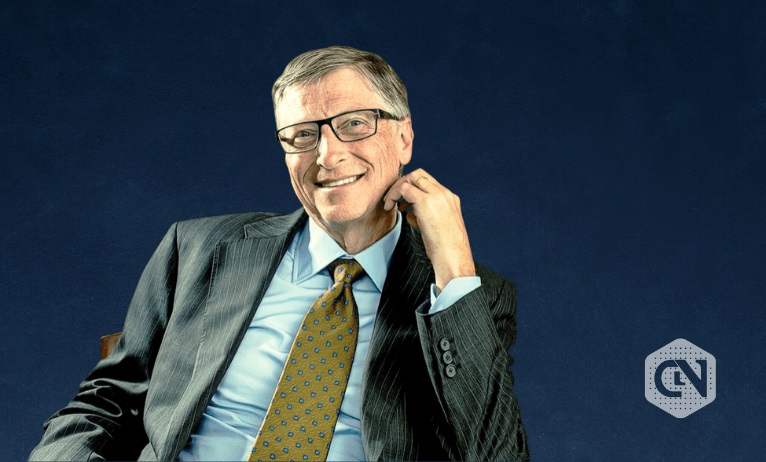 Globalization has taken a prime spot in the global geo-political scenario in the last few years. The whole world seems to have taken an inward view and many developed nations like the U.S., Britain, and the European Union have normalized the anti-globalization norms through electoral intent. However, the corporate sector or the mouthpiece of liberal …

Globalization has taken a prime spot in the global geo-political scenario in the last few years. The whole world seems to have taken an inward view and many developed nations like the U.S., Britain, and the European Union have normalized the anti-globalization norms through electoral intent. However, the corporate sector or the mouthpiece of liberal globalized society has constantly been pursuing the local as well as international governments to maintain the status quo.

Recently, Microsoft founder Bill Gates has reiterated his old views in support of globalization. Much before the U.S. Presidential elections, he had voiced his concern that the voters’ opposition to globalization is a big concern. He had added that people nowadays have been taking a blinded view of globalization by considering its negative impact and avoiding its mammoth advantages on both the developed and emerging nations.

In the recent interview, Bill Gates said that his concern for anti-globalization sentiments has doubled in recent times. He said that not only the U.S. but also the U.K. has been looking inward. His prime concern was that populism had been taking the nasty form to destroy the norms of globalization and the so-called elites have swayed the public opinion on many burning issues like the impact of climate change.

Globalization and the Hype Around it

In layman’s language, Globalization is nothing but imagining the globe with no borders. It is not specific to geographical boundaries but trade and cultural boundaries. This concept of world amalgamation is here since the early civilization of humans and since then, it has only been prospering the world. It deals with the transfer of knowledge, technology, culture, ideas, etc. However, the trend of globalization has never been static. The recent backlash against it is not new, as well.

There have been multiple advantages of globalization. Some of the most prominent ones are listed below.

Transfer of Technology- Since industrialization, we have been experiencing a huge transfer of knowledge and technology. It has become possible only because we have an open border for knowledge transfer. The IT boom of the U.S. in the 1990s took no time to reach emerging nations like India and China. In the same way, the ideals of industrialization of developed European nations like Germany can be found almost every part of the world now.

Employment- Through the transfer of technology and a higher degree of immigration, the menace of unemployment has been tackled efficiently. The need and demand of the workforce both skilled and semi-skilled, have been on the rise.

Standard of Living- Through the transfer of ideas, the standard of living in most emerging nations and least developed nations has increased significantly. We can now see the presence of big business houses with advanced technology in small and poverty-ridden nations in the Sub-Saharan region providing huge opportunities for employment.

Cosmopolitanism- The ideal set-up for a civilized and liberal society is without discrimination and distinction. Globalization in its current form, is a step taken in the right direction to make our society cosmopolitan.

Despite numerous advantages of Globalization, there have been many setbacks and apprehensions throughout time. Below are the certain issues attached to globalization that have found relevance in the last few years.

Cascading Impact- In today’s connected world, no nation can be defined as safe from outer impacts. Especially in the case of economic scenarios, the cascading effects are on the rise between economies. For instance, the ill impact of economic depression in the US in 2008 was widespread that led to job losses and economic slowdown in most of the emerging and developed nations.

Local Job Scarcity- Due to porous borders, the transfer of human resources has led to job loss and reduced job opportunities locally. This has become a big issue in developed economies like the U.S. and the U.K., where loads of highly skilled professionals from India and China are taking up jobs that might have gone to the locals otherwise.

Mixing of Culture- We have been witnessing an inter-mixing of cultures in the last few years. In many cosmopolitan cities, there is no more distinct or unique culture. It has led to many conflicts, as well — for example, the attack on Indian students in Australia.

Development at the Cost of others- Globalization has led to the over-exploitation of nature in many poorer nations. Through the economic and social costs of other societies, large corporates have been alleged to grow and create social inequality.

Tariff War- The conflicts between many economies are on the rise over the last few years. The recent US-China tariff war is a textbook example of the same. The relevance of WTO is also in the fall. As the sentiments of protectionism are growing, we may see many more conflicts in the upcoming years.

The U.S. role in anti-globalization- As President Trump started his tenure, he started fulfilling his electoral promises and took steps undoing the past structures. The U.S. is no more a part of ambitious TPP (Trans-Pacific Partnership) and President Trump is now reviewing the relevance of NAFTA and NATO.

Brexit- Britain’s exit from the huge and decorated, the European Union has reversed the idea of opening of borders. There had been a growing reservation that many small nations in the European Union are taking undue advantage of Britain’s economic prowess and that led to this divorce. Though it is yet to be completed, many more such divorces may take place if there is no check on this sentiment against globalization.

Corporate Hunting – Recently, we have witnessed large cases of bilateral action against large corporate houses. It is believed to be done to open avenues for their local counterparts — for example, American target on Chinese IT mammoth Huawei and Indian motorcycle manufacturer Royal Enfield.

China as a Mammoth Trade Centre- As China has become a huge potential trade hub, the anti-globalization norm seems to be hurting it the most. China is promptly acting to bridge the gaps between nations and it is advocating globalization louder than ever. Its ambitious project like Border Road Initiative (BRI) will take China further into conflict with many developed nations.

Not everything is Lost