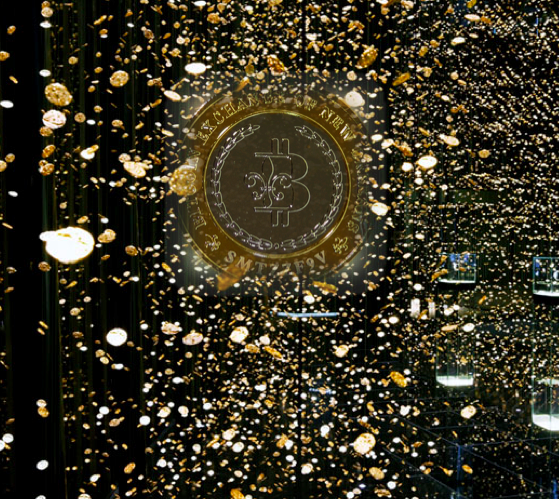 Due to the rise in popularity of the Bitcoin, it has attracted the attention and interest of various law enforcement, tax and legal authorities. Eac

Due to the rise in popularity of the Bitcoin, it has attracted the attention and interest of various law enforcement, tax and legal authorities. Each agency and authoritative body is in search for answers to solving the biggest mystery of all, and that is how Bitcoin fits inside current economic and financial frameworks.

Bitcoin has now become a controversial subject for regulators and tax authorities, both of which have excessively targeted the utilization of cryptocurrency and how it should be used. However, it is also true the proper authorities need a bit more time and are still way early in this game, which is exactly why most of the authorities are struggling to get a grasp of this popular digital currency. This is also why they cannot make any permanent laws for it.

On the other hand, amidst this controversy, there is a questions often posed by many people, and that is, is Bitcoin a legal investment? The answer quite simply is yes, it is, but that also depends on how you use it. Given below is a guide explaining who regulates Bitcoin:

So, Who Regulates Bitcoin?

It is important to understand that the laws and regulatory actions against Bitcoin in order to supervise it will differ from nation to nation. In the US, you can expect intervention from financial regulators that have taken active interest in Bitcoin along with several other cryptocurrencies. These regulators also work with regional regulators at sub-country levels. Here are some of the regulatory bodies which supervise Bitcoin activities:

FinCEN stands for the Financial Crimes Enforcement Network which is a regulatory agency in the US Treasury Department. It is the FinCEN that took the initiative to investigate Bitcoin trading in the US. The FinCEN also published various tips and guides pertaining to the utilization of cryptocurrencies.

In the guidelines published by the agency on March 18, 2013, they explained the situations and conditions under which digital currency investors and traders could be classified as money service organizations and businesses which are usually known as Money Transmitting Businesses (MTBs). It is mandatory for MTBs to put Anti-Money Laundering (AML) as well as Know Your Client (KYC) policies into immediate effect. It requires businesses to first engage in measures that can identify the customers these businesses are dealing with.

CFTC stands for Commodity Futures Trading Commission and is US based. Its primary objectives are to keep a keen eye on all financial derivatives. However, the CFTC is yet to announce any regulations, but it has made it abundantly clear it can announce a regulation if and when it wants to.

The US Securities and Exchange Commission (SEC) like the FinCEN and the CTFC, is yet to announce any regulations on digital currencies. However, the SEC’s Office of Investor Education and Advocacy posted an investor warning to alert people about investments which are conducted through fraudulent schemes designed to rob people of their money or in this case, Bitcoins. More specifically it warned people about Ponzi plans and plots after the SEC arrested Trendon T. Shavers, also known as Pirateat40, who was the owner of a Bitcoin savings company that generated over 700,000 Bitcoins by falsely claiming that it would pay investor 7% interest on a weekly basis.

The SEC has enforced the legislative branch of the US government to take into account Bitcoin’s overall legal standing. Shavers, in his defence argued that because Bitcoin is not the same as money, he can’t be tried and convicted. The judge, Amos Mazzant, begged to differ and issued a memorandum proving Bitcoin can indeed be used like money.

In August last year, the US Senate published letters to various law enforcement agencies and bodies getting inquisitive about the real dangers and risks of trading and using digital currency. One letter was also sent to the Department of Homeland Security. In the letter, the Senate complained about the lack of any paper evidence or trails that the other regulators and enforcement agencies could use to track cryptocurrencies.

It ultimately requested the Department of Homeland Security to approve policies which could guide them and tell them how they should treat digital currencies and also inquired about any information pertaining to ongoing strategic policies in the region.

FinCEN recognized exchanges as MTB and for virtual currency platforms and exchanges it explained any person who is a cryptocurrency exchanger or money transmitter will be deemed as an ‘exchanger’ if that person accepts decentralized digital currencies from one individual and gives to another individual as a part of a process which involves the use of cryptocurrency, funds and any other item of value which can be substituted for any currency.

What Can This Mean For You?

All in all, there is nothing to be overly concerned about because, as mentioned above, the legality of any cryptocurrency, may it be Bitcoin or Dogecoin, depends on how you make it and use the currency.

What is Bitcoin Exchange?

How to Trade Bitcoin

What a Trader should know about Bitcoin

How to hedge against Risk when Investing in Bitcoin