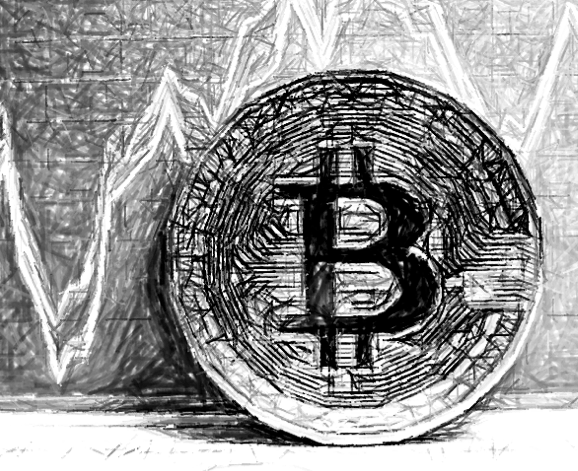 After Record Growth, Scale down Bitcoin Price Rebounds More than 10 Percent After weeks of astronomic growth and reaching a record price Bitcoin as gone do

After weeks of astronomic growth and reaching a record price Bitcoin as gone down and up. At the time of writing, the Bitcoin continues its impact with a price is sitting at $6,923 after rising 6.67% in the last 24 hours. The leading cryptocurrency is going through its biggest month so far.

More than $650M worth of BTC were exchanged in the BTC/USD market recently, representing a 25.7% share of daily volume, second to the JPY at 56.3%.

Currently sitting at $336.58, the second biggest digital currency, Ethereum price has risen 2.9% in the last 24 hours. Over $200M worth of Ether were exchanged in the past 24 hours on the ETH/USD pair which has a 35% market share of the daily trading volume.

The price of bitcoin rebounded more than $1,000 on November the 13th Monday after it fell during the weekend. The world’s largest cryptocurrency rose more than 11 percent to $6,510.77 during Monday’s trading session, according to data from industry website CoinDesk. On Wednesday, the developers called off the controversial software upgrade called SegWit2x, which could have split bitcoin into two cryptocurrencies. The news sent the price of bitcoin to a record high of $7,848.31 last week, however Investors’ focus shifted to Bitcoin Cash as bitcoin price fell. Bitcoin Cash hit an all-time high above $2,000 on Sunday. According to Reuters, Bitcoin and security expert Andreas Antopolous said in a post on Twitter: “Bitcoin and Bitcoin Cash will co-exist and serve different use cases, just like Bitcoin and Ethereum. It’s not a zero sum game.” Glance Technologies Inc. (OTC: GLNNF), The Bitcoin Investment Trust (OTC: GBTC), Riot Blockchain, Inc. (NASDAQ: RIOT), Global Arena Holding Inc. (OTC: GAHC), Bitcoin Services, Inc. (OTC: BTSC)

Bitcoin price is up more than 500 percent so far this year. In August, bitcoin split into bitcoin and a new cryptocurrency called bitcoin cash. According to Bloomberg, Hussein Sayed, chief market strategist at ForexTime Ltd., wrote in a note on Monday: “We have seen similar steep falls in bitcoin throughout the year — specifically in June and September — but every time a considerable decline occurs, new investors jump in to experience the new asset class.”

Glance Technologies Inc. (OTCQB: GLNNF) also listed on the Canadian Stock Exchange under the Ticker ‘GET’. Yesterday the company announced, “the appointment of strategist Dinis Guarda to its advisory board. Dinis Guarda is ranked 5th most influential influencer in Blockchain in the world by Right Relevance. Glance has engaged Mr. Guarda to secure the teams for tech development for a possible initial coin offering for a rewards based cryptocurrency to be integrated with the Glance Pay mobile payment network and to provide strategy and assist Glance in building a premium advisor crypto network.”

“I like the Glance Technologies vision and I’m excited to be on board to help develop its blockchain solution,” says Dinis Guarda. “With its mobile payment technology and its position as a publicly traded company, Glance has enormous potential in the cryptocurrency space.”

With over 20 years in international business and digital transformation, Mr. Guarda has worked with new tech, digital, cryptocurrencies, drive ICOs, regulation, compliance, legal international processes, and has created and been involved in various new digital top 100 digital currencies. Dinis Guarda is internationally recognized as a top influencer and leader in fintech, blockchain and artificial intelligence. Mr. Guarda is a self-proclaimed “doer.” He has been a CEO, board member, digital and crypto economics driver and evangelist. He created and helped companies and organizations gain greater value and maximise their return on investment and return on attention in what he refers to as “a digital disruptive world.”

“Dinis adds tremendous value to our advisory team through his extensive network and his deep knowledge and experience in fintech and blockchain,” says Penny Green, Glance President & COO. “We plan to work with Dinis and our other advisors to build Glance a world leading cryptocurrency advisory network with 20 – 30 members.”

The Bitcoin Investment Trust (OTCQX: GBTC) enables investors to gain exposure to the price movement of bitcoin through a traditional investment vehicle, without the challenges of buying, storing, and safekeeping bitcoins. Recently, the Grayscale Investments, LLC, the sponsor of the Bitcoin Investment Trust, announced an update on the planned distribution of the Bitcoin Cash currently held by the Trust to shareholders of record as of the close of business on November 6, 2017. The Trust currently holds approximately 173,014 coins (or units) of Bitcoin Cash, or approximately 0.09258535 coins of Bitcoin Cash per share based on 1,868,700 shares of the Trust outstanding as of the date hereof and expected to be outstanding as of the Record Date.

Riot Blockchain, Inc. (NASDAQ: RIOT) leverages its expertise and network to build and support blockchain technology companies. It is establishing a cryptocurrency mining operation and an Advisory Board with technical experience intending to become a leading authority and supporter of blockchain, while providing investment exposure to the rapidly growing blockchain ecosystem. Recently, the company announced that it has closed on its acquisition of cryptocurrency mining equipment consisting of 700 AntMiner S9s and 500 AntMiner L3s, all manufactured by industry leader Bitmain. The total hashing power of the equipment is expected to be 9.8 petahash of SHA 256 Bitcoin mining computing power and 250,000 megahash of X11 Litecoin mining.

Global Arena Holding Inc. (OTC: GAHC) is a holding and technology development company. The company are focused on acquiring technologies, patents and companies having the ability to leverage the blockchain crypto technology. On August 17, 2017, the company announced that after months of development and testing, the Company’s subsidiary, Global Election Services, Inc., announced the implementation of new proprietary software and hardware to utilize in ballot scanning during the tabulation process. In addition to this ballot scanning system, the Company is developing multiple election platforms including Internet voting and voting solutions using the Blockchain.

Bitcoin Services, Inc. (OTC: BTSC) offers services related to cryptocurrency and bitcoin, such as Bitcoin Mining and Blockchain Software Development. Bitcoin mining is the means by which new Bitcoin is brought into circulation, the total of which is to be capped at 21 million BTC. Bitcoin mining serves to both add transactions to the block chain and to release new Bitcoin. The mining process involves compiling recent transactions into blocks and trying to solve a computationally difficult puzzle. Bitcoin Blockchain is the technology backbone of the network and provides a tamper-proof data structure, providing a shared public ledger.