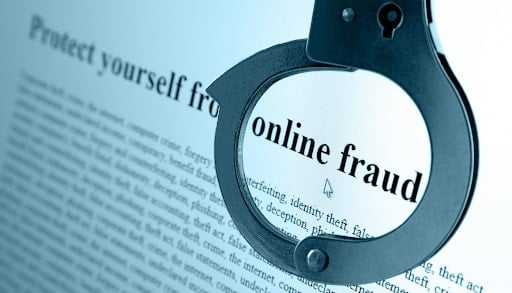 Blockchain projects using the concepts to innovate the idea of identity, providing security & privacy. A blockchain wallet contains digital identity documentation & credentials and it can be verified by the network.

The entire social media landscape has sprung up around the idea that we just love to engage with people online. On Facebook, Twitter, Instagram, or TikTok, we form groups and communities based on mutual likes or dislikes and find ourselves chatting to complete strangers, sometimes on the other side of the world, about our shared interests. And after a few exchanges, what’s the harm in adding a new friend or follower?

Unfortunately, while the vast majority of people in the world aren’t out to do any harm, the internet is a different place. The fact is that we have no way of knowing whether or not anyone is who they say they are online. Even as far back as 2014, wired ran a piece about the weird reasons why people make up false digital identities. The scary thing is that any of the stories could still be true today.

The article delves into the various levels of so-called “sock puppetry” where people create fake identities. A “Type 1” incident could be the story of the female Syrian blogger, who, far from being an inside source on life in Damascus, was actually a male Ph.D. student based in Edinburgh. He had decided that the online persona would give his strongly-held views on the Middle East a veneer of credibility.

“Type 2” sockpuppetry involves the thousands or millions of fake accounts created for the purpose of social proof. Think of the firms selling fake followers and likes on Instagram or glowing reviews for Amazon products.

Then there’s the problem of fake credentials, where people are happy to present their real identity but augmented with false information about qualifications, job experiences, or financial history. One former representative of the Canadian Imperial Bank of Commerce told the national broadcaster that as many as 85% of employees were involved in falsifying documents through acts such as forging signatures.

The Unrealized Promise of Blockchain-based Identities

Blockchain has long held significant promise to transform the idea of identity. On the most basic level, a blockchain wallet can contain digital identity documentation and credentials, such as a passport or a driver’s license. Such documents can be verified by the network, adding a layer of trust to a third party who may want to check someone’s ID. However, where blockchain really adds value is in the area of identity, self-sovereignty, and privacy. Thanks to blockchain’s use of encryption and private keys, a user can choose to whom they reveal their identity.

These are the fundamental principles, but blockchain projects are using the concepts to innovate on the idea of identity, providing increased security and privacy online.

Selfkey is one such example. The project was founded in 2017 with a view to developing a blockchain-based identity solution that would allow anyone to truly own and control their digital identity. However, it’s recently overhauled its governance model and tokenomic mode to put gamification at the heart of its identity verification system. When a user adds their identity to Selfkey, they’re required to stake KEY tokens as collateral against it, providing an incentive for them to be honest. If someone else on the network challenges the veracity of their identity and is found to be correct, the user will lose their staked KEY, with a share of the stake going to the user who called them out.

A second token, called LOCK, acts as a reward token for those who are found by the network to be legitimate and who add more staked KEY to their identity as collateral for more credentials.

Selfkey has also proposed the idea of Living Avatar NFTs, providing an NFT-based user interface for its identity features. The idea is that someone could use an NFT as their identity, with certain features visible on a photo that could be used as a social profile image. With an accompanying QR code, someone could scan and view any identity information the holder has chosen to make public.

Another project innovating at the edge of blockchain and identity is Blockademia, a decentralized information system for issuing and checking documentation. If the name didn’t give it away, the platform focuses on academic qualifications but can also support a host of other document types, including contracts, certificates of ownership, insurance policies, video and music files, and many more.

Blockademia makes use of Cardano’s cutting-edge smart contracts to issue the documentation on the blockchain itself. At the same time, verification and all other customer-facing processes are carried out in a separate secure environment to minimize cost and blockchain throughput. Once the document is issued, anyone can verify its authenticity using the Blockademia web user interface, which checks for a corresponding record on the blockchain.

The platform is based on the native ACI token, which is used to pay fees for issuing and verifying documents, rewarding users for referrals, and in Blockademia governance.

The current online identity model is broken, but we have an opportunity to fix it. Rather than continuing to develop services and applications that support identity fraud and erode trust, embracing blockchain-based solutions will offer the chance to restore trust and authenticity online, creating the space for new channels of value while reducing the risk of fraud.