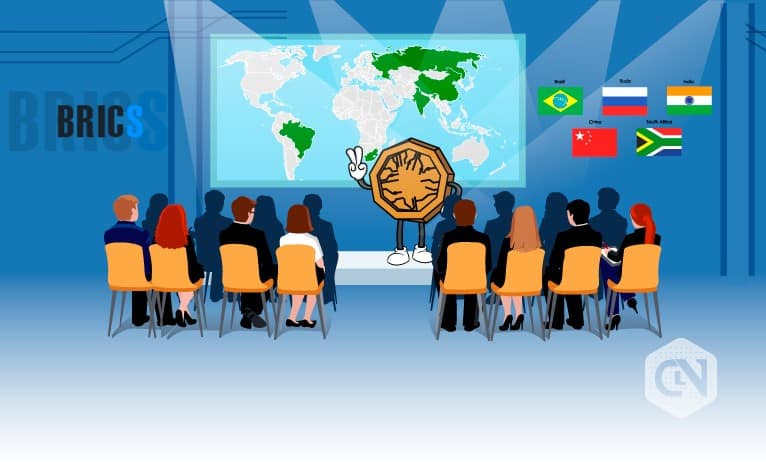 BRICS association, which includes five significant national economies namely Brazil, Russia, India, China, and South Africa, has recently held its 11th summit on November 13–14 in Brazil. The annual summits of BRICS nations largely emphasize on subjects like science, climate change, technology, innovation, and the digital economy while intending to curb issues such as money laundering and drug trafficking. Moreover, BRICS association acts as a bridge between developed and developing countries.

Is India Opening Doors for Cryptocurrency?

It is important to note here that India, which is a member nation, has been a strong opponent of cryptos till date. To the extent that, in India, holding or investing in crypto is also banned. Now when the nation has green signaled for the single payment system, which might be based on cryptos, it is to be seen whether the tide will turn for cryptocurrencies in the fastest growing economy.

Amid BRICS nations’ negotiation regarding the crypto-based single payment system, India seems to be changing its negative perception for the digital currencies. The country has started to vision cryptos with optimism as its government has included an educational course related to blockchain technology and cryptocurrency. Notably, the pessimistic view for the digital coins is largely due to a lack of awareness, which is likely to change by now. The Indian government has added a new course named ‘Introduction to Blockchain Technology and Applications’ to ‘Swayam‘, a learning platform. The eight-week-long course will be initiated next year.

The BRICS nations’ stand over cryptocurrency is likely to benefit the market remarkably, especially when a country like India will utilize its potential. Additionally, Dmitriev has unveiled how the summit envisions this unified payment system noting,

“An efficiently operating BRICS payment system is capable of stimulating settlements in national currencies and ensuring the stability of settlements and investments between our countries, which form more than 20% of the global influx of foreign direct investment.”