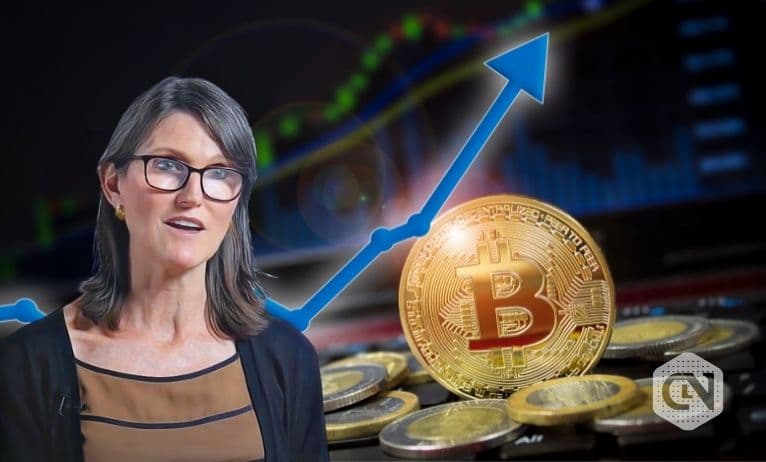 Despite the crypto market’s constant fluctuations, several experts are showing immense faith. The latest example of the movement is Cathie Wood, who sees Bitcoin reaching 560,000 dollars in five years.

The CEO of Ark Invest is substantially optimistic about crypto, estimating over 800% growth in its market value. Cathie’s evaluation is not surprising as the renowned investor predicted BTC to reach 500,000 dollars a few months ago.

With Bitcoin trading below 60,000 dollars, the estimates are undoubtedly optimistic. They are not baseless, as Bitcoin recently marched above 65,000 dollars, hitting its all-time high. Cathie recently talked about cryptocurrency with Barron, stating that if institutional investors invest 5% of their portfolios in Bitcoin, it can reach up to 560,000 dollars by 2026.

The New York Stock Exchange only accepted a Bitcoin-based ETF in October. Canada has upped the US in the area. The nation has launched several BTC-based ETFs in 2021, including 3iQ CoinShares Bitcoin ETF, Purpose Bitcoin ETF, Evolve Bitcoin ETF, and CI Galaxy Bitcoin ETF.

Many consider the US accepting the ProShare BTC Strategy ETF to be the stimulant behind the crypto’s October surge. The fund comprises Bitcoin futures contracts, which users can transact over the Chicago Mercantile Exchange.

Going by Cathie’s prediction, Bitcoin can only reach the estimated value by breaking such predicaments.