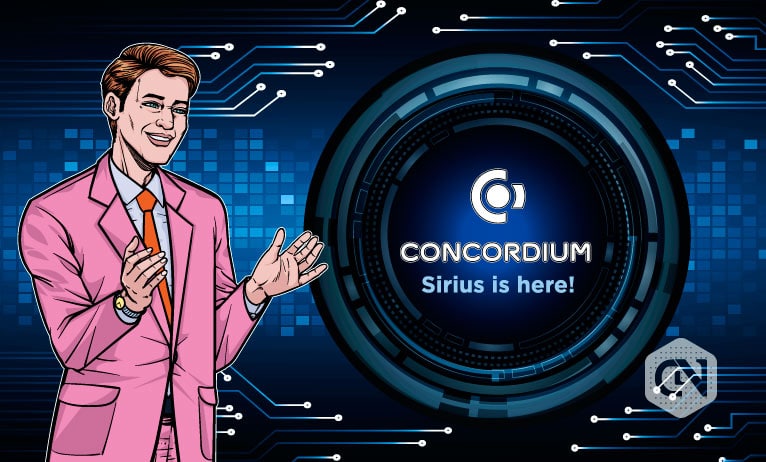 The all-new Sirius upgrade from Concordium launched on June 23. The upgrade brings vital improvements to pool delegation and smart contracts.

The official newsletter from Concordium announced the successful implementation of its Sirius upgrade on June 23. The new upgrade will be integral to pool delegation and smart contracts in the network. Sirius is the major release from the Concordium network in recent times.

Concordium defines itself as a science-based proof-of-stake blockchain that is created for all. Professionals developed the blockchain with years of multi-sector experience to create a space for the future economy, namely the blockchain sector. The Concordium infrastructure is built to create an amiable environment where the regulatory requirements and the benefits of decentralization can coexist.

As a step toward that end, Concordium released its major upgrade earlier this week. The upgrade offers an improved experience in staking pools and the smart contract framework on the Concordium blockchain. As per the announcement, the implementation was successful, and the improved features are now live for users.

Firstly, Sirius will introduce a new delegation model on the chain for staking pools. The upgrade makes opening pools seamless for bakers and allows Concordium accounts to delegate their capital to these pools. The rewards will be distributed proportionately to the capitals kept in the staking pools. Bakers will be offered a portion of the money for pool management, and the remainder goes directly to the accounts.

And what’s more, the new framework offers increased freedom when it comes to choosing pools. The manual mode lets one choose a specific pool for themselves. Alternatively, the accounts can opt for passive delegation, where they will be automatically assigned a pool based on their preference and capital level.

Sirius will also add to the functionality of smart contracts on the Concordium blockchain. These upgrades are expected to increase the number of use cases in the network and offer flexibility while using their smart contracts.

The upgrade will eliminate the limitations on the state size of smart contracts for a starter, and the current state size limitation is only based on fees. This feature will reportedly help stablecoins and other fungible tokens with increased smart contract interactions.

Sirius has also introduced native smart contract codes on Concordium. It means that users do not have to create the codes themselves. Various signature verification functions like verify_ed25519_signature, verify_ecdsa_secp256k1_signature, and hash functions hash_sha2_256, hash_sha3_256, and hash_keccak_256 have also been added.

These functions will significantly reduce the gas cost required for deploying smart contracts on Concordium. On top of that, the synchronous contract calls make inter-contract interactions in the network easier.

The network hopes to introduce other aspects like full decentralization, open-source coding, and a futuristic governance framework.