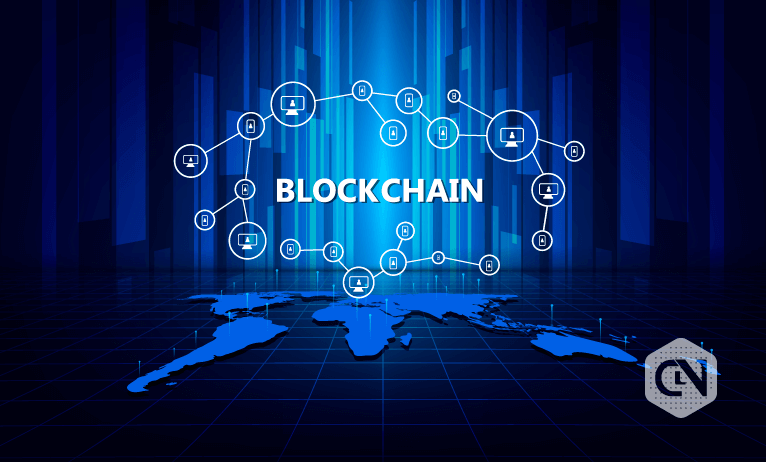 Since ages, innovation has been playing a pivotal role in the advancement of the whole human civilization. With many new inventions, there is always a fear of disruption and with the fear of separation comes apprehensions. However, the world has never stayed stagnant; change has proved to be the only constant. The recent disruptive innovation …

Since ages, innovation has been playing a pivotal role in the advancement of the whole human civilization. With many new inventions, there is always a fear of disruption and with the fear of separation comes apprehensions. However, the world has never stayed stagnant; change has proved to be the only constant. The recent disruptive innovation of Blockchain technology has its share of apprehensions and challenges. Recently, some major economies have started adopting this new technology and proved that not every change has a scary start.

Blockchain has often been identified with cryptocurrency. However, blockchain technology is not limited to cryptocurrency only. It has proved its worth in mitigating gamut of social, economic, technological, ecological, and commercial problems in numerous emerging nations. Not only Governments but also NGOs are taking a cue from the blockchain technology through which they can reach the unreachable and uphold their work of humanity.

DR Cong- Democratic Republic of Congo is a textbook example of the proper use of blockchain. As far as the past of DR Congo goes, this nation has been war-torn for many decades and it is now ranked as the world’s most impoverished nation. This country neither has the rule of law nor a democratically established government. What puts this country in limelight is its Geography. It has an abundance of cobalt and satisfies almost 50% of global cobalt demand.

With the absence of government, child labor has proliferated in the cobalt mines. However, after pressure from humanitarian organizations and civil society, companies using cobalt in their lithium-ion batteries have declared of prospective use of blockchain technology in tracing the use of child labor in mines. Big brands like Apple and Volkswagen have started using blockchain technology to check whether a particular cobalt supply has any child labor impression or not.

Venezuela- Post-American sanctions and inability to sell oil, Venezuelan economy stays in peril now. However, the use of blockchain-backed cryptocurrencies has normalized the public life up to a certain extent in Venezuela. Even the Government of Venezuela has its cryptocurrency “Petro.”

Malta- The blockchain island, Malta has been searching avenues for opening a crypto bank that may minimize the operational risk as well as credit risk.

Estonia- Estonia has become the first country to launch a blockchain-based e-residency program. It has already e-voting backed by blockchain in place and several Bitcoin-based ATMs on its land.

However, it would be a wrong assumption that only the Latin American and Sub-Saharan nations have their preference for blockchain technology. Stable economies like Switzerland, the United Kingdom, and Singapore have their own share of stories with blockchain technology. These Governments have placed faith in this technology and are encouraging high-end research and developments to plug some present loopholes.

Not a Rosy Picture-

However, like every coin has two sides, it has its share of challenges as well. Below are some of the most talked-about challenges of blockchain technology.

Security- The issue of security on the blockchain has been the bone of contention since its inception. There have been numerous incidents of theft and hacking of blockchain networks that have resulted in the financial loss of people.

Complexity- The complete understanding of blockchain technology is the luxury of a few. The complexity is still the main factor barring the mainstream for adopting this technology as a whole.

Non- scalability- The capacity of a blockchain or its scalability is always a question. Recently, we have seen some major blockchain-based cryptocurrencies have slowed down the process due to increased users and non-scalable nature of their currencies.

Carbon Footprint- The use of Blockchain technology requires humongous machinery that results in high utilization of electricity. On the growing awareness about climate change, this may not seem sustainable.

Money Laundering and Terrorism- Recently, the U.S. President Trump has conveyed his apprehensions about cryptocurrencies as it may open a plethora of avenues for money laundering and funding for terror works.

With the advent of blockchain technology, a paradigm shift has happened on how things work globally. This disruptive technology has changed the global scenario for good despite its challenges.

Decentralized Currency- The introduction of blockchain-based digital currencies has put the first step towards ending the hegemony of a few currencies like USD, Euro, and Chinese Renminbi. The fear of manipulation of currency by a particular nation can be done away with if we can have a common decentralized currency for the globe.

Trade and Sanctions- Recently, we have seen autocratic American sanctions on nations like Venezuela and Russia. However, blockchain technology and very specifically cryptocurrencies have come to rescue here. Sanctions are always against humanity and blockchain technology can provide the solution to this menace.

Humanitarian- The use of blockchain technology in the humanitarian cause is not limited to DR Congo only; several nations have now started implementing blockchain into healthcare, education, and transport services.

Governance- The use of Blockchain technology has witnessed a rise in the governance sphere, as well. Countries have been relying on blockchain in registering votes, providing public amenities, etc.

Though there are numerous opportunities that the blockchain technology delivers, the path ahead is not going to be full of roses. As of now, a handful of nations have started relying on this technology and public opinion on the support of widespread use is still at large. However, conservatism has done nothing good for anyone till now. We, as a society, have been taking risks to advance our lifestyle and we will continue to do so. The absence of complete understanding should never deprive us of a path changing technology. Developed and stable governments should take more initiatives to adopt blockchain rather than rejecting it at face value.