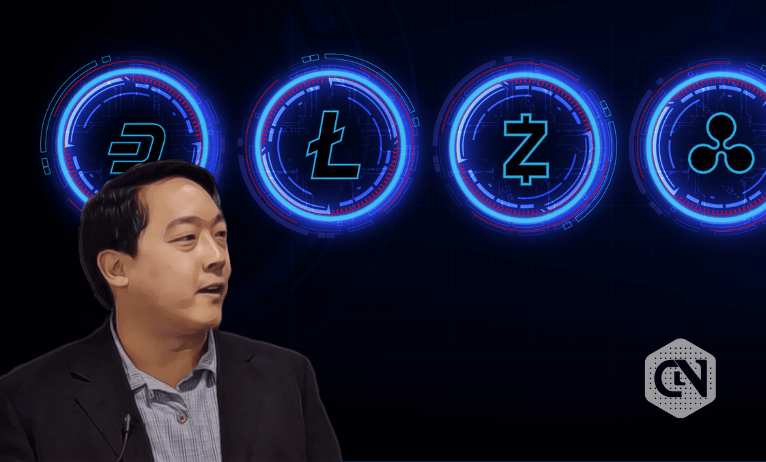 In the latest podcast of Let’s Talk Bitcoin, we have listened to a detailed and holistic perspective related to cryptocurrency. The guest on the show was Charlie Lee, the creator of the Litecoin. Litecoin Vs. Bitcoin Lee talked extensively on the issue of cryptocurrency adoption while highlighting similarities and differences in Bitcoin and Litecoin. Emphasizing …

In the latest podcast of Let’s Talk Bitcoin, we have listened to a detailed and holistic perspective related to cryptocurrency. The guest on the show was Charlie Lee, the creator of the Litecoin.

Lee talked extensively on the issue of cryptocurrency adoption while highlighting similarities and differences in Bitcoin and Litecoin. Emphasizing the basic structure of Litecoin, Lee said that unlike Bitcoin, Litecoin has a known founder, which helps the coin to shape its vision in the long term.

Nature of Litecoin and Network Effect

Lee explained that several decisions had been taken in the history of Litecoin, which goes far beyond the commercial interest of the cryptocurrency. They don’t only focus on the price of Litecoin but are more concerned with the overall significance of the digital coin for society. The issue of trust, transparency, and fair business practices was highlighted during the discussion when the conversation moved from the competitiveness in the crypto industry to the collaboration aspect. The industry growth is heavily dependent upon new innovations, and in this regard, coming together of the cryptocurrency organizations will be beneficial for all the concerned stakeholders.

The question of anonymity also figured in the discussions. Litecoin has a clear advantage over Bitcoin in this particular aspect. This, according to Lee, is something that people appreciate and feel reassured about. The whole operating mechanism of the digital coin, which includes the various stakeholder involved in the process such as miners, uptime, and technical support, is very important from the adoption viewpoint of a digital coin. More importantly, the transaction time in the case of Litecoin is one-fourth compared to Bitcoin, which comes as an added advantage.

One of the other key advantages with Litecoin is that the digital currency has its own set of miners, which plays a very important role in creating a robust ecosystem for the coin. It is good for transaction speed and overall safety offered by the Litecoin. When asked about the comparatively low market capitalization of Litecoin, Lee said that the more centralization aspect of the coin has some negative impact on its market valuation. Lee explained that it is more convenient for the government authorities or federal agencies to put a leash on the Litecoin as they know who the owner is – something that is not in case of Bitcoin, and this adds to the vulnerability of Litecoin.

One prominent issue related to cryptocurrency adoption is accessibility. Banking systems across the globe are still opposed to the idea of digital coins, and this opposition continues to remain one of the most critical stumbling blocks in the wider adoption of cryptocurrency. Litecoin has tried to find a way as its foundation acquired a 9.9% equity stake in WEG bank of Germany. This move is expected to have long-term ramifications as industry experts see it as a game-changer move, that will dissolve resistance of the bankers for the idea of cryptocurrency. Lee said the rationale behind this decision is to get its roots in the banking industry and convince them to start dealing the digital coins. It is a long way to go, although the start has already been made.

In sum, the discussion provided rich information on the comparisons of Bitcoin and Litecoin. While both digital coins have their own characteristics, it bodes well for the overall industry if players collaborate for the larger cause of crypto adoption.