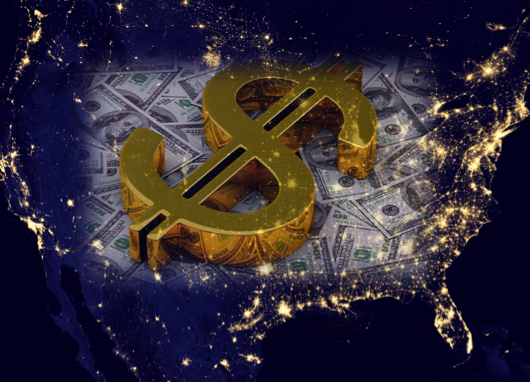 The US dollar rebounded Friday after data pointed to a firming labour market, which could give the Fed the scope it needs to continue raising interest rates.

The US dollar rebounded sharply against a basket of currencies Friday after government data pointed to a firming labour market, which could give the Federal Reserve the scope it needs to continue raising interest rates this year.

The dollar index, which measures the performance of the dollar against world currencies, rose 0.5% to 96.93. The dollar clawed back some of its recent declines against the Canadian dollar, British pound and Swiss franc, but continued to trend lower versus the euro.

In economic data news, US nonfarm payrolls rose at a slower rate than forecast in January, but the underlying pace continued to show a stronger labour market.

The unemployment rate declined 0.1 percentage point to 4.9%, a nearly eight-year low. Average hourly earnings rose at a respectable 2.5% annual pace, assuring the Federal Reserve that inflation is on pace to reach its goal.

Prior to the nonfarm payrolls report, the dollar had plunged more than 3% over a four-day losing streak on growing doubt about the Fed’s ability to raise interest rates again this year. Federal Reserve Bank of New York President William Dudley warned earlier this week of tightening financial conditions since the central bank’s landmark December meeting, where it voted to raise rates for the first time in more than nine years. He also warned that a stronger dollar would present a challenge for the US economy.

Weakness in the dollar over the past week helped gold prices rise to more than three-month highs. The price of gold continued to trek upward on Friday, albeit at a slower pace than the previous two days. The yellow metal rose $2.10 or 0.2% to $1,159.70 per troy ounce on the Comex division of the New York Mercantile Exchange.

American stock futures were trading lower ahead of the opening bell. Wall Street posted a modest rise on Thursday after a late-afternoon rally.

Asian and European markets traded mostly lower on Friday as investors continued to eye corporate earnings and volatile oil prices. Oil futures were up around half a percent in Friday’s morning trade.