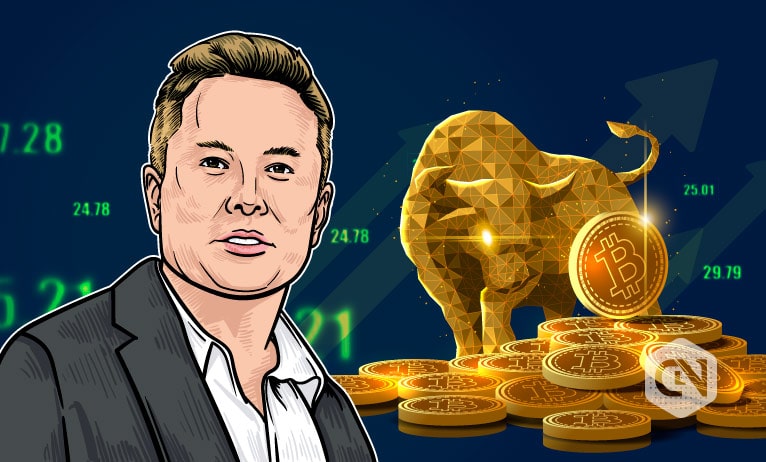 Musk advises his followers to shift to stocks and assets amidst inflationary risks. He confirms that he has no plans to sell his cryptos.

The United States of America is facing a rapid increase in the country’s inflationary indexes. According to the billionaire carmaker Elon Musk, the pressure of this steep inflation is being felt by Tesla and SpaceX. According to the recent Twitter thread, the two companies by Musk are currently facing huge pressure in terms of raw material prices and logistics. Moreover, he urged those who were seeking insights from the Twitter thread to focus their capital on stocks or physical investments like real estate.

The rising prices of housing, oil, and food have brought the inflationary rates of the USD to levels never seen in several decades. According to the inflationary indexes, the currency posted a 7.9% increase in the last 12 months up to February. In January, the monthly increment stayed balanced at 0.6%. In the following month, the rate rose further up to 0.8%, alarming the folks who have large USD holdings.

The stats show that this 12-month increase is the highest the inflation ever rose to since 1982. A more specific look at the data shows various commodity indexes have grown significantly. The 6.6% increase in gasoline accounted for one-third of the entire monthly increase in all goods. Apart from this, the food index has grown 1.1% and the home index 1.4% in the same month. Such increases might push people towards stocks and other physical properties.

Moreover, financial experts believe that this move could intensify the shift of investment towards assets with a limited supply like Bitcoin to safeguard their investments. As an asset severed from the impacts of the USD, many cryptocurrencies are likely to welcome new investors trying to escape this detrimental increase in inflation. However, much smaller currencies may not be able to withhold like BTC or ETH, according to entrepreneur Michael Saylor.

Elon Musk stated that he is still holding his investments in Bitcoin, Ethereum, and Dogecoin. Given the billionaire’s influence in the crypto space, it might induce new investments in the above-said crypto in the next few weeks. This, along with the tightening monetary policies from the feds, could start a new trend in the investment markets, considering the significant rise in inflation.  Furthermore, the economic uncertainties after the ongoing invasion of Ukraine could worsen the economy to a significant degree.

Thanks to the Canadian trucker protests and the conflict between Ukraine and Russia, cryptocurrencies have already established their significance and utility in times of national and international crises. If such perspectives persist, these digital assets will naturally be the solution to withstand the brewing economic crisis of the United States of America.