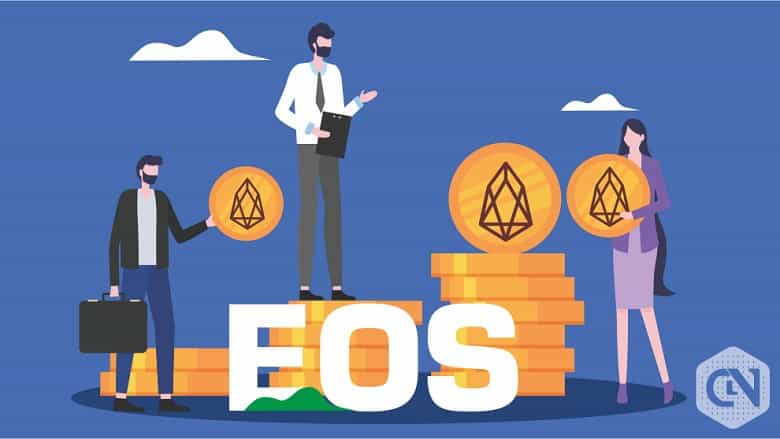 EOS coin is consolidating today after yesterday’s mild rebound The coin seems to have a support level at $2.5; traces a bullish trendline from there SMA lines have just formed a death cross; technical indicators give mixed signs Yesterday’s price recovery took place after an inverse head and shoulder pattern Since today morning, the EOS …

Since today morning, the EOS price has not shown any major price fluctuation as it has kept trading around $2.58 to $2.63. Notably, after yesterday’s dip below $7000, Bitcoin has started an uptrend but is yet to trade above $7200.

EOS opened at $2.81 yesterday, which is the highest price mark in the last 24 hours. After tracing a dip at $2.71, the coin has reached at $2.80 tracing a lower high. The coin further tumbled to $2.63, tracing another lower high. Here, the EOS price path has formed an inverse head-and-shoulder pattern indicating an upcoming rebound.

The EOS price is still dealing with a bearish zone, while its technical indicators are yet to give any extreme opinion. MACD chart is heading towards a positive phase as it is tracing a bullish crossover. RSI is just above 50, noting a stable zone. The short term SMA line has just slipped below the long term SMA line, which notes a death cross, indicating a price fall.