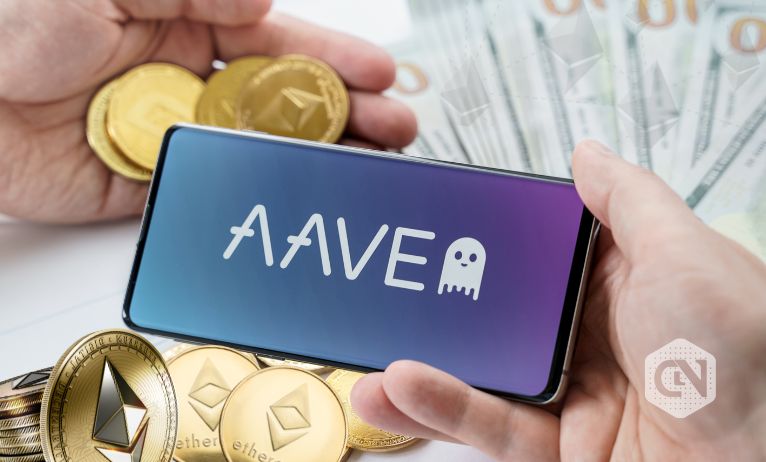 Aave informed users that 100% of the ETH available on the network had been borrowed. The ETH borrow rate has jumped to 190% before the much-anticipated Merge.

As crypto enthusiasts await the Ethereum proof-of-stake Merge, the crypto is creating immense ripples in the market. Aave, a lending protocol with 6.5 billion dollars in TVL, emptied its Ethereum reserves to borrowers.

The protocol witnessed a whopping 190% jump in ETH borrow rates as investors swarmed the platform to borrow ETH. The investors are establishing a firm position to gain ETHPoW, the native asset of the ETH chain that will exist even after the PoS switch.

Seeing how 643,660 ETH worth over a billion dollars have been borrowed, the market is bracing itself for massive modifications. Users should note that the ETHPoW is not an airdrop. Thus, investors are paying a whopping 190% annualized interest to borrow Ether on Aave.

However, holding Ethereum in wallets means they will gain an equal amount of ETHPoW after the PoS switch. While this seems highly risky on paper, Ether has proven its ability to break market norms in several instances. That is why the recent development is expected to solidify many portfolios globally.

Aave calculates interest rates according to the crypto’s utilization. It means the lower the supply is, the higher the rates will be. Currently, the borrowed amount has crossed 643.66K, making the variable APY 179.72% and the stable APY 191.14%.

It is still uncertain whether the investors plan on holding ETHPoW for the long-term or if they sell it the instant they generate profits. Poloniex is among the centralized exchanges that have announced supporting the “controversial” token.

Currently, ETHPoW is trading at 37 dollars, but its value is expected to fluctuate significantly after the Merge. Aave has hinted toward not supporting the token, meaning users will have to find another chain to generate a profit.

While the much-anticipated switch works wonders for Ethereum, other cryptocurrencies still struggle to find market stability.