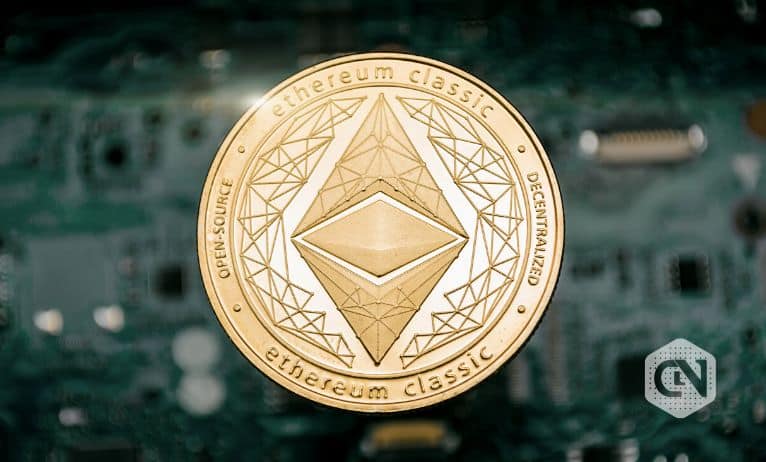 Ethereum Classic witnesses a mass shift of validators to continue the mining rewards. The ETC outlook is positive, but volatility should be expected.

Ethereum Classic was born as a result of maintaining the original blockchain identity after the hard fork. Since the forked blockchain applied for a new trademark with the original name Ethereum and the token name Ether turned into ETH, Ethereum Classic was forced to take this name to showcase the original identity with the token name ETC. Despite the fork, the initial identity of the blockchain was as a miner’s heaven, but growing concerns led it to think of a new roadmap to shift towards Proof of Stake and decimate the concept of Proof of Work and mining rewards.

Ethereum Classic, with other mining-operated blockchains, will be witnessing a major pump since most ETH validations are shifting towards minable blockchains to extract mining rewards. Initially, ETH will split into two blockchains operating with Proof of Work and Proof of Stake.

In such a scenario, where a mining blockchain is moving towards a different technology, Ethereum Classic will benefit in the short term. There is no confirmation if government regulations would affect other Proof of Work blockchains in the future or not. Hence, one must consider the prospect of losing their holdings because of regulatory restrictions.

Ethereum Classic now stands in 19th position with a market capitalization of $5.7 billion despite a low 65% token liquidity from its total supply. Additional concerns for ETC would include a massive dump of 35% tokens locked for mining rewards.

Ethereum Classic has marked a huge bullish return with a strong price action gaining significant value in just one month. Now the important moving averages are moving upwards, with the latest trading value having a decent difference. Breakout after breakout has provided the necessary push to create a fresh spike in ETC price action. Will this spike continue for a long time? Read our ETC price prediction to know!

ETC valuations have taken strong jumps after consolidation and re-affirming the support at repeated intervals. The first such support helped ETH surpass the 200 EMA, a major movement for yearly price action. The upcoming resistance of $50 is in tandem with the April 2022 peaks; regaining the lost market value in such a short period speaks volumes of increased buying action on ETC. Even the transactional volumes of Ethereum Classic indicate a higher buying and selling volume in recent days. Since both 100 and 200 EMA has now started to move in a positive direction, the strength of buyers is indisputable.

The latest consolidation between $34 and $41 was breached yesterday with a 9.0% price gain. Creating a repeated breakout so far has the potential to test the resistance of $50. The target resistance is just 17% below its latest trading value of $42.5. Even the major technical indicators such as RSI and MACD have confirmed an overbought scenario as RSI enters 71 and MACD marking a fresh bullish crossover in a positive axis. The combination of these two indicators with buying volumes showcases a bright future for ETC tokens. Even the all-time high near $180 seems achievable with such strong price possibilities.

On Weekly charts, RSI is confirming strong buying sentiment with a level of 62 and MACD entering the positive axis. The outlook on monthly charts showcases RSI at 56, MACD bound to create a bullish crossover. Hence, positive price action is being confirmed in multiple time frames as the technical outlook is green with huge upside possibilities.