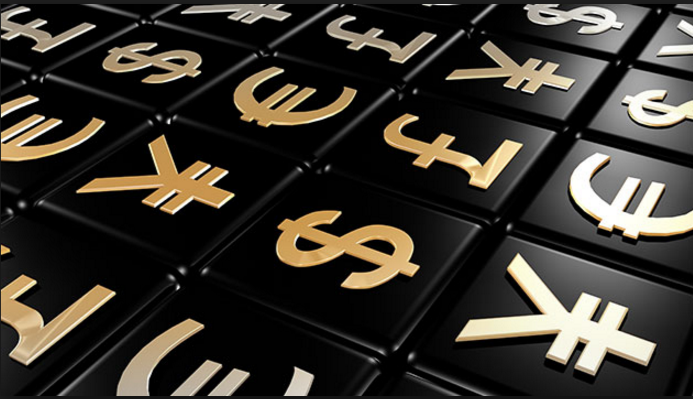 Forex and Capital Markets Overview, April 15, 2016 By Huddleston Capital Management. It was the deeply righteous William Shakespeare who wrote, “As soon go

It was the deeply righteous William Shakespeare who wrote, “As soon go kindle fire with snow, as seek to quench the fire of love with words.” Though the bard is renowned more for his observations of human foibles than his economic analysis, his line would have been a spot on prediction for U.S. dollar performance in the first quarter of 2016, as the fire of love for the USD was quenched by the Fed’s scaled back expectations for rate increases.

Since the beginning of the year the greenback is off 4.70% vs. the Euro, has slipped 7.8% vs. the Australian dollar (AUD) and has lost a staggering 11% vs. the Japanese yen (JPY). Bullish hopes for the U.S. dollar have been dashed as the Fed took a stand to halt the pace of interest-rate increases. Current focus is now on “emphasizing downside risks to the US economy originating from abroad.” Translation: the plan is to keep supporting lower rates. The results will not be kind to USD bulls.

Two factors have contributed to its stellar performance. First, the market’s reaction to the Bank of Japan’s monetary easing was brief and underwhelming, and secondly, the ‘safe haven’ and ‘funding currency’ status of the Yen provided an appealing haven from global unrest and equity market uncertainties.

Implied volatilities remain firm. Concerns generated from uneven global economic conditions within the developed world, along with signs of intervention and commodity price moves, have pushed implied volatilities in risk reversals in most major pairings above historic levels. Harbinger or opportunity? Perhaps both.

USD
Inflation and confidence surveys have firmed, and job growth remains steady. But, don’t expect rising yields to offer dollar support in the near future. The Fed is clearly on hold. Chair Yellen told Congress in February that volatility in financial markets could set back US growth, then the FOMC March statement reiterated the dovishness, and in late March Chair Yellen reminded us how the central bank needed to ‘proceed cautiously’ in lifting rates. So, for now, the market expects the dollar to fall, regardless of anything else going on, including yield differentials.

US consumer data fueled fears of a slowdown in domestic activity. Despite continued strong non-farm payrolls, the Conference Board’s forward-looking consumer confidence index fell 5.6 points to 92.2 in February while the Institute for Supply Management’s nonmanufacturing index slipped to 53.4 in February from January’s 53.5, to cap off five consecutive monthly declines. Meanwhile, the Department of Commerce revised January’s core retail sales growth downward, to 0.2% from 0.6%.

Market positioning offers scope for the greenback gains, and eventual rate hikes should see U.S. dollar strength against the G10 and emerging currencies, but for now the USD is in a bearish mode. Expect further U.S. dollar consolidation. Adjust positions for USD strength in the medium term.

Another apt Shakespearian line notes “There is nothing either good or bad but thinking makes it so.” So far in 2016, the most notable ‘good’ has been the significant strength of the JPY.

Structure’s yield is 14.04% annualized from deposit rates and the option’s premium plus potential capital gain from EUR depreciation to 1.1255.

Australian Dollar (AUD)
Australian economic trends are steady, although mildly subdued. The central bank maintains a modest easing bias. It’s not clear if or when it will act on that bias. The economy grew at a relatively healthy pace as evidence that non-mining sectors were recovering, despite the large drag on economic growth from falling mining investment. The unemployment rate fell from a peak of 6.3% in July to 5.8% in February.

Structure’s yield is 15.31% annualized from deposit rates and the option’s premium plus the potential capital gain from AUD appreciation vs. USD to 0.7800.

Great British Pound (GBP)
In the land of Shakespeare expect the pound to weaken modestly over the medium term. Economic activity worsened in February. But there is good news: survey data points to some improvement going forward. Inflation remains benign despite some recent firming. Bank of England is on hold for now. The June referendum on the U.K’s membership in the European Union could weigh on the pound.

I really should have a Shakespearean quote here, but I can’t think of one. Any suggestions?

Structure’s yield is 18.50% annualized from deposit rates and the option’s premium plus the potential capital gain from JPY appreciation vs. GBP to 152.85.

Canadian Dollar (CAD)
The loonie has recovered nearly its entire late 2015/early 2016 sell-off versus the USD. A key driver of the CAD’s recovery has been the rebound in crude oil prices. One mustn’t forget that commodity prices are strongly correlated with the CAD.

Q1 GDP looks likely to come in above the Bank of Canada’s 0.8% estimate. U.S. /Canada short-term rate spreads have strengthened the CAD. The rate compression is the result of changes in the tone of Canada’s economic reports (relative to expectations), Ottawa’s fiscally expansive Federal budget, and reduced expectations of Fed policy tightening.

Central bank is on hold. A more benign global market backdrop and firmer oil prices will provide potential gain for the Canadian dollar. Technicals are providing important support for the CAD rebound, but eventually, Fed rate hikes will weigh on the Canadian currency. Expect further Canadian dollar strength in the near team, but also expect renewed downside pressure over the medium term.

Structure’s yield is 19.73% annualized from deposit rates and the option’s premium plus the potential capital gain from CAD appreciation vs. USD to 1.2800.

Despite the market’s 2016 Shakespearean love for the Japanese Yen (JPY is the best-performing G-10 currency year-to-date), Japan’s economic data has been

unimpressive, and there is little to suggest that JPY’s strength is fundamentally justified. The JPY gained in a typical safe-haven response to global turmoil and weaker global equity markets at the start of the year.

“Love is blind, and lovers cannot see, the pretty follies that themselves commit,” another fitting quote from the deeply righteous Bill Shakespeare.

Structure’s yield is 20.59% annualized from deposit rates and the option’s premium plus the potential capital gain from JPY appreciation vs. AUD to 83.05.

More benign global markets and a further recovery in oil prices would be peso supportive. Expect moderate weakness in the Mexican peso in the near term, with more strength over the medium term.