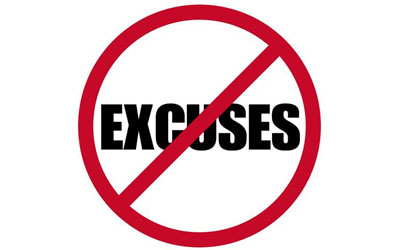 As much as we would all like it to be possible for every trade to be a winner, it just isn’t possible. Even the most successful traders in the world still

As much as we would all like it to be possible for every trade to be a winner, it just isn’t possible. Even the most successful traders in the world still post losses on a regular basis, and if you can’t deal with that, then you shouldn’t be trading.

When a loss comes from a trade that falls within your trading strategy, all you can do is accept it and move on. However, if you deviate from your trading strategy and make a loss, you have nobody to blame but yourself. While it is perfectly acceptable to have a drawdown of 10% on your account as a result of five consecutive losses – although you might want to look into sharpening up your analysis – it is never acceptable to lose 10% on one trade because you refused to cut your losses at the recommended 2% stop loss maximum. Consecutive losses happen from time to time, and can be handled – but huge loss-making deviations from your strategy can be impossible to recover from if you get a few in a row.

As a trader, you have to take responsibility for your mistakes. Refusing to acknowledge and correct your shortcomings as a trader will, in every case, lead to your account being cleaned out, and could well see you exit the world of forex trading with your tail between your legs.

It’s important to remember, and we’ve stressed this many times throughout this series, that markets are inherently irrational – and that anything can happen. For example, one of the most prestigious hedge funds in the world – namely Long Term Capital Management (LTCM), which had several Nobel Prize winners among its partners – went under in 1998 after a series of complicated interest rate trades lost billions of dollars in just a few days. Rather than accepting their errors, traders at LTCM kept doubling up on their positions like drunken roulette players in the mistaken belief that the market would eventually go their way.

This sent markets into a tailspin, prompting the New York Fed and several top-level investment banks to step in to rescue the financial markets from catastrophe. Even in the aftermath of the debacle, most of the traders involved refused to take responsibility for their mistakes, with the excuse that the collapse was the result of highly unusual circumstances that would be unlikely to ever happen again.

The “don’t make excuses” rule is applicable at every end of the market, from retail traders trading micro-lots to top-tier investment bankers. It is particularly relevant to occasions when the trader does not understand the price action of the markets, causing them to, for example, short a currency in anticipation of negative news, and then be surprised when the news comes out as expected but the currency rallies instead. In circumstances such as this, you should always cut your losses and get out. Basically, if you don’t understand why the market is doing what it is doing, don’t trade. That way, you won’t have to make any excuses for why you blew a sizeable chunk of your account on just one trade.