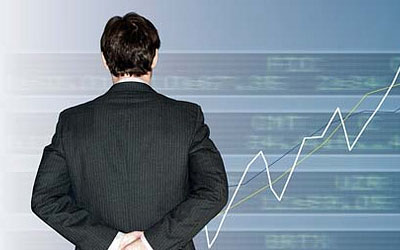 A guide to five of the most commonly-used forex trading strategies, including news trading, trading breakouts, range trading, and trading trends and swings.

Most people come to the forex market with dreams of making quick, easy profits, but in reality, it is a lot easier said than done. In order to become a successful trader, you need to develop a reliable trading strategy – which is no mean feat in itself – and combine it with sensible money management techniques. Here, we shall outline five of the basic strategies that are most commonly used by forex traders. It should be noted that none of these are prescriptions for success in themselves, but should instead be used as a starting point for formulating a strategy that works for you. The best way to go about this is by testing the strategies in question using the demo mode, rather than risking your own cash, and only putting them into practice once you are sure that you have mastered them.

In the main, currency pairs tend to trade within ranges, rising and falling on a regular basis, but generally staying within a certain threshold. These thresholds change over time, and it is common for prices to break out of these patterns from time to time, and these times offer the biggest potential for profits – and also the biggest potential for losses. When a currency pair stays within a narrow range for a long time, this often precedes a very powerful long-term move. To trade these moves, you need to place buy orders at the top of the range and sell orders at the bottom of the range. Then, when the price goes beyond one of these levels, an order is opened and you go wherever the market takes you. This type of trading strategy is particularly suitable for people who are trading in their spare time, and don’t have the time to watch the markets constantly for small movements, as it involves speculating on longer-term price movements.

The most important thing to remember when following this type of strategy is to get out of a trade at the first signs of a reversal, but by the same token, you don’t want to jump the gun. A common mistake among traders, which we covered last week in our article about money management, is to get out of profitable trades quickly because they are scared of losing the profit that they have, and let losses run in the hope that the trend will resume. As a general rule, it is better to do the opposite – let profits run, and cut your losses short, as otherwise there is a tendency to make big losses that wipe out all your small profits, rather than vice versa.

Because prices tend to range for long periods, as previously mentioned, there is the potential to make money from these apparently predictable movements. The idea behind a range trading strategy is to trade price reversals by selling when the price is near the top of the range, and buying when it is near the bottom. This strategy is based more on chart-based technical analysis than on fundamentals such as economic data releases, and as such, the use of technical analysis indicators such as support and resistance levels and trendlines can help you to identify when these reversals are about to take place. However, it’s worth bearing in mind that a breakout is more likely to occur after a currency pair has been range trading for a while, and a strong pattern has emerged. Therefore, the more predictable a price movement appears to be, the more likely it is to be unpredictable in the near future. That’s why it’s important to be able to quickly identify trends when employing a range trading strategy. This strategy is suitable for people who are able to devote a lot of time to their trading activities, as the shorter time-frames involved mean that you need to pay closer attention to the market on a tick-by-tick basis.

As we have previously established, breakouts offer good money-making opportunities for forex traders, but often it can be difficult to spot them until it is too late. Day traders will often spend all day looking at live charts just to seize on them when they do occur and make some fast money. This entails identifying when a forex pair is trading within a narrow range and trading the breakout when it happens. However, false breakouts are common, and in order to be able to discern them with any degree of accuracy you need to use a number of analysis tools in an effort to filter out these occurrences as merely market noise. The type of tools that you should use very much depends on the factors that could lead to a breakout. For example, if there are no major economic releases pending, then technical analysis tools might be more useful for discerning the likely price direction of a currency pair. However, if the breakout is caused by a piece of market-moving news – such as the release of key economic data – then fundamental analysis techniques might be more effective at discerning the likely direction and size of a breakout. In general, breakouts that are caused by fundamental factors are easier to trade than the irrational volatility of the market during periods between announcements.

This strategy is similar to trend following, with the main difference being the time frame involved. Rather than trading long-term trends, which could last anything between a few months and a few years, it involves trading medium-term price swings that can last anything from a few days to a few weeks. These swings are usually triggered by news events, which give a pair the momentum to move in a certain direction without stopping for a few days. This is one of the most popular strategies for part-time traders, as it enables them to make money from their trades without having to pay constant attention to the market, but within the scope of their attention span.

Economic news releases can have a startling effect on prices, with moves of several hundred pips not uncommon after the release of a piece of key economic data, especially if the number is bigger or smaller than forecast. These events present huge opportunities for profit, but also correspondingly huge risks. Because of this, trading the news is something that you should only consider once you have a lot of trading experience and knowledge under your belt, and even then, many experienced traders avoid it due to the huge and irrational volatility that usually follows these events. If you are trading a news event, it is best to avoid trading altogether in the minutes after the announcement and wait and see where the market is headed once the volatility has died down – as we suggested in our article about trading the U.S. Nonfarm Payroll last week. However, if you are not sure what you are doing, it is best to simply observe the way that the market moves in reaction to these events in order to inform your future trading decisions.