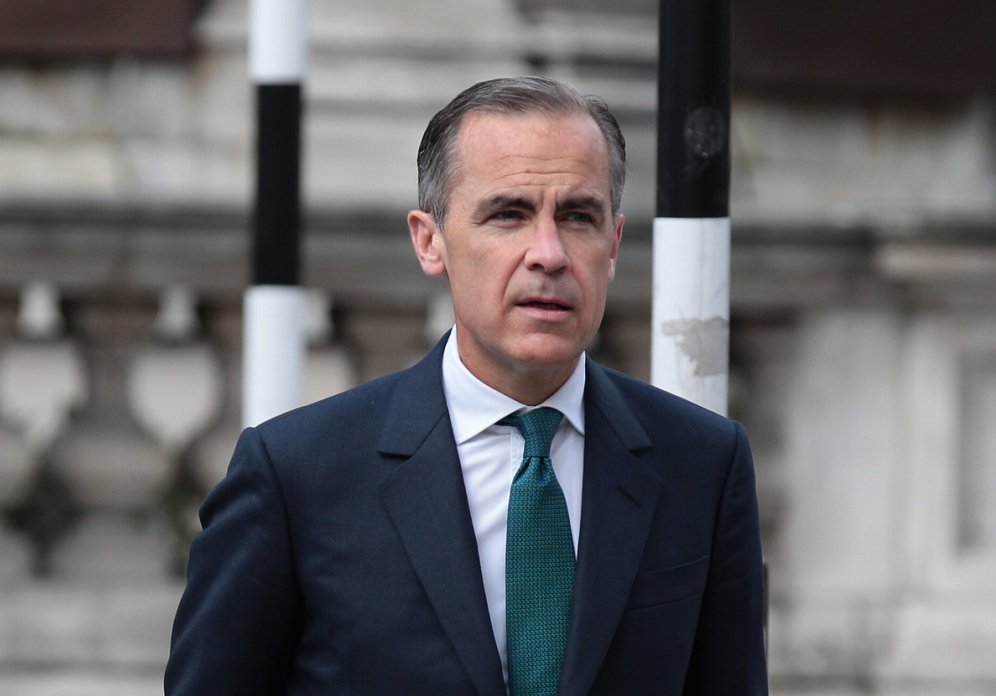 Bank Of England head Mark Carney doubles down on his cryptocurrency concerns… A new report from the financial body that advises the world’s 20 leading economies suggests cryptoasset markets are to come into much stricter oversight from governments and policy-setters around the world. The Financial Stability Board (FSB) is chaired by the current head of …

A new report from the financial body that advises the world’s 20 leading economies suggests cryptoasset markets are to come into much stricter oversight from governments and policy-setters around the world. The Financial Stability Board (FSB) is chaired by the current head of the Bank of England, Mark Carney.

The Canadian presented the results of the investigation to a conference of G20 finance ministers and central bank governors in Buenos Aires on 21-22 July. Carney’s assessment is that, while cryptomarkets do not pose a “material risk” to global financial stability, there is a growing need for “vigilant monitoring in light of the speed of market developments”.

Regulation at government level is ever-shifting, and the biggest economies are taking wildly different positions on cryptocurrencies, cryptoexchanges and the threat posed by unregulated new players in world finance.

The domains of traditional and crypto finance are already beginning to merge.

Hong Kong, South-East Asia’s financial centre, is to launch a blockchain-based trading platform with seven banks in September, firms like Mastercard and American Express are patenting new blockchain payment applications, and the RChain cryptocurrency has already been sanctioned for use by the US Securities and Exchange Commission to buy public company shares.

The FSB report marks a strong policy shift from dealing with cryptocurrencies at arms length and on a case-by-case basis, to a much closer supervision.

More banks are gaining exposure to the price volatility of cryptoasset markets. The £20trn fully-regulated exchange, LMAX Digital opened crypto up to institutional investors like hedge funds and pension funds in May.

Carney notes that the money-laundering aspects of cryptocurrencies should be of serious concern to the G20. The report focuses specifically on ‘wash trading’, pump and dump schemes and spoofing – where traders place large buy or sell orders to shift markets in one direction or another, before pulling those orders.

Wash-trading is where an investor buys and sells the same currency simultaneously to create misleading market activity and influence the price of an asset, without changing his or her exposure.

For example, with 40% of Bitcoin thought to be held by just 1,000 people, it is relatively simple to push cryptomarkets up or down and exploit vast money-making opportunities.

Carney notes: “Currently, ‘first generation’ private digital tokens (which include so-called ‘cryptocurrencies’ and crypto-assets) that are totally decentralised and do not represent a claim or underlying asset, make for unsafe money. Safer central bank issued cash may be less convenient in an era of electronic payments, and the use of cash is declining in some jurisdictions.

“However, responding directly to the challenge with a central bank digital currency would be an entry into uncharted territory.”

And while there is publicly-available data on markets and price volatility from the likes of CryptoCompare.com, there is little cross-border co-ordinated reporting from the world’s leading economies and “scarcity of reliable data” is of serious concern.

The report concludes by saying that central banks should begin ramping up efforts to track how far banks are directly or indirectly exposed to cryptoassets because of the severe and devastating impact a crash could pose to global financial stability.

The full 2018 G20 Summit will begin in Buenos Aires on 30 November and will feature, among others, Russia, the UK, Saudi Arabia, the US, Australia, Brazil, China , France, Japan, Mexico and the EU.