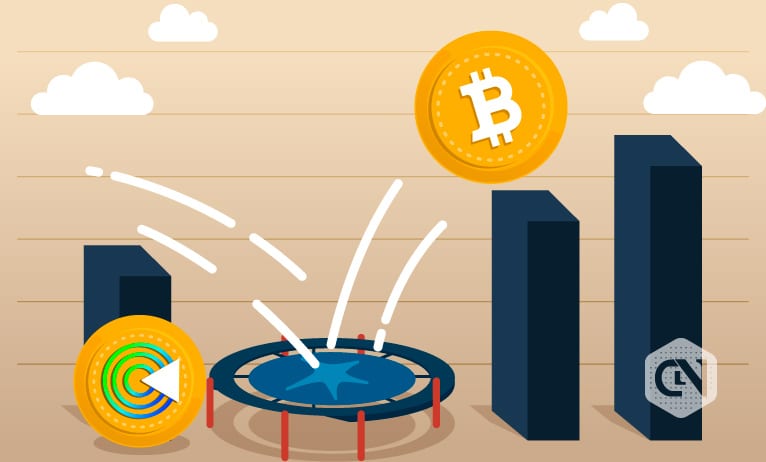 Know the current status of Bitcoin (BTC) and Gnox (GNOX) to understand will they offer investors a chance to beat the bear market from our article.

May has been a brutal month for the cryptocurrency asset class. From a macroeconomic perspective, the drop in Bitcoin’s (BTC) price is no real surprise. An overheated economy powered by cheap money shows clear signs of a much-needed reset. The S&P 500 and the Nasdaq Composite have posted significant losses in May, driven by geopolitical uncertainty, supply chain issues, and crucially interest rate hikes to tackle levels of inflation not seen for decades.

Money was freely distributed during the pandemic to encourage consumer spending, and the Federal Reserve System (FED) printed billions of dollars to roll out stimulus packages. The effects are now being felt; basic economics dictates that if money is printed and the total supply increases, the value of each dollar is depreciated. The FED, led by Jerome Powell, is hiking interest rates to deal with inflation. With higher borrowing costs, demands for goods and services will naturally begin to wane, eventually reducing inflation. But this period will be painful for both consumers and businesses.

At the start of May, Bitcoin was trading at $38,000, and currently, it trades at $29,000 with no sign of a rally soon. The events of May have been generally understood as the start of a prolonged bear market. Crypto is classed as a high-risk asset and thus is the first thing sold during times of market uncertainty.

Bitcoin will continue to trade between $28,000 and $31,000 in the following months. With the collapse of TerraUSD (UST), the stable coin, in early May, the Luna foundation flooded the market with its Bitcoin reserves in an unsuccessful attempt to stabilize the peg, which pushed Bitcoin’s price down further.

Bitcoin has a lot of work and remains solidly below the 200-day moving average with no hope for any exciting price action soon.

Gnox, a new protocol being launched on the Binance Smart Chain (BSC) in Q2 of 2022, currently in its pre-sale phase, could perhaps be what investors are looking for to tackle the bear market. The Gnox token will be distributing rewards to token holders in stable coins, and everyone knows that stable coins are every crypto investor’s best friend during a bear market. Stable coins facilitate a stable store of value, allowing investors to preserve the value of their capital until they see a buying opportunity.

How Does Gnox Distribute Stable Coins?

Gnox is the first reflection token with a treasury purpose-built for its investors. Utilizing a buy and sell tax, Gnox steadily builds a treasury fund deployed in DeFi yield ventures such as yield farming or lending protocols. Every 30 days, Gnox distributes the revenue generated by the treasury in stable coins to token holders proportional to the number of tokens they hold. Gnox is the first protocol offering yield farming as a service, and with it distributing stable coins to its investors every month, will it offer investors a chance to beat the bear market?