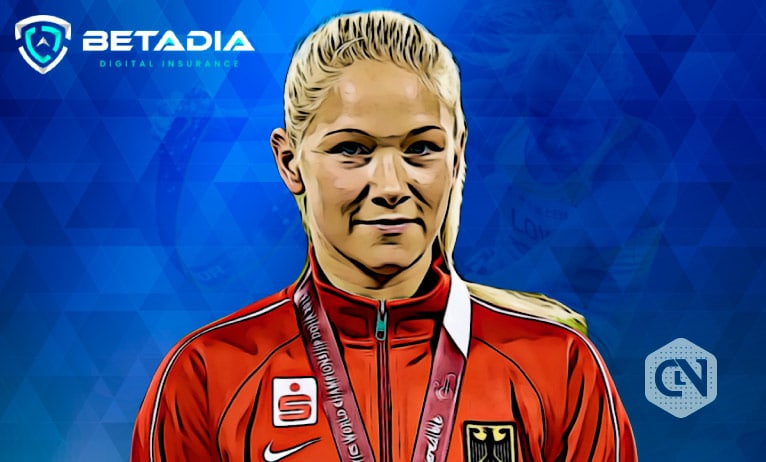 Go through our article and know that Vanessa Low, the gold medalist, became the first Betadia ambassador because of her courage and hard work.

LONDON, 14th April 2022 – An Australian Paralympic athlete–Vanessa Low, officially helms Betadia’s ambassadorship for 2022. The gold medalist becomes the first brand ambassador for Betadia, which is currently one of the most prominent brands redefining the digital insurance industry by changing the way people get comprehensive capital preservation.

Vannesa Low’s life was as peaceful as her scenic hometown of Ratzeburg in Germany until 2006, when the unfortunate event happened. Losing her balance, the 16-year-old Paralympian was involved in an accident whereby she was struck by a train, leaving her left leg severely injured. Low went under the knife and got herself amputated to save her life. The surgery put her into a coma for two months, and we witnessed a tough and determined sportswoman who took two years to relearn how to walk after waking up.

Even though Low could not partake in any sports for quite some time, it did not halt her from pursuing a long-time sports enthusiast career. Instead, she managed to gather herself together upon getting inspiration from the revered American disabled long jumper Cameron Clapp. In 2018, Low stole the limelight with her senior sport’s debut. Unfortunately, it had been a rocky year for Low. She broke her elbow, which caused her to quit sports training for three months in 2009.

Low stayed positive and bounced back stronger than ever despite multiple life challenges that knocked on her door since her teenage years. In 2011, she won her first bronze medal while representing Germany in the T42 100m Sprint at the 2011 IPC Athletics World Championships. Representing Australia at the 2019 World Para Athletics Championships in Dubai, she won her first gold medal in the Women’s Long Jump T61-63. Her second gold medal came when Low made the previous breakthrough world record in the women’s T63 long jump at the 2020 Summer Paralympics in Tokyo.

When asked about her experience as a Paralympian, Low narrates, “Paralympic sport is a little bit of a reminder that we sometimes need to focus more on what we have, rather than what we lack, or we do not have. It’s truly hoped that people understand that you don’t have to achieve something amazing to be perfect the way that you are.”

Betadia is amazed by Low’s courage, resilience, and perseverance, which are also the key pillars that built the foundation of the digital investment-linked company since its inception. By appointing such an inspiring public figure as its brand ambassador, Betadia aims to raise awareness among the public regarding the differently-abled people worldwide and inspire many others who share the same faith to overcome obstacles in life with positivity. Low’s appointment highlighted the need to improve the current welfare system to care for and nurture talents among the differently-abled community.

Betadia strongly believes that life is unpredictable and full of challenges; it might affect your personal life and investment ventures. We should face and overcome life’s challenges with an unstoppable spirit. Insurance comes in handy to provide the supposed sense of security whenever the unexpected occurs.