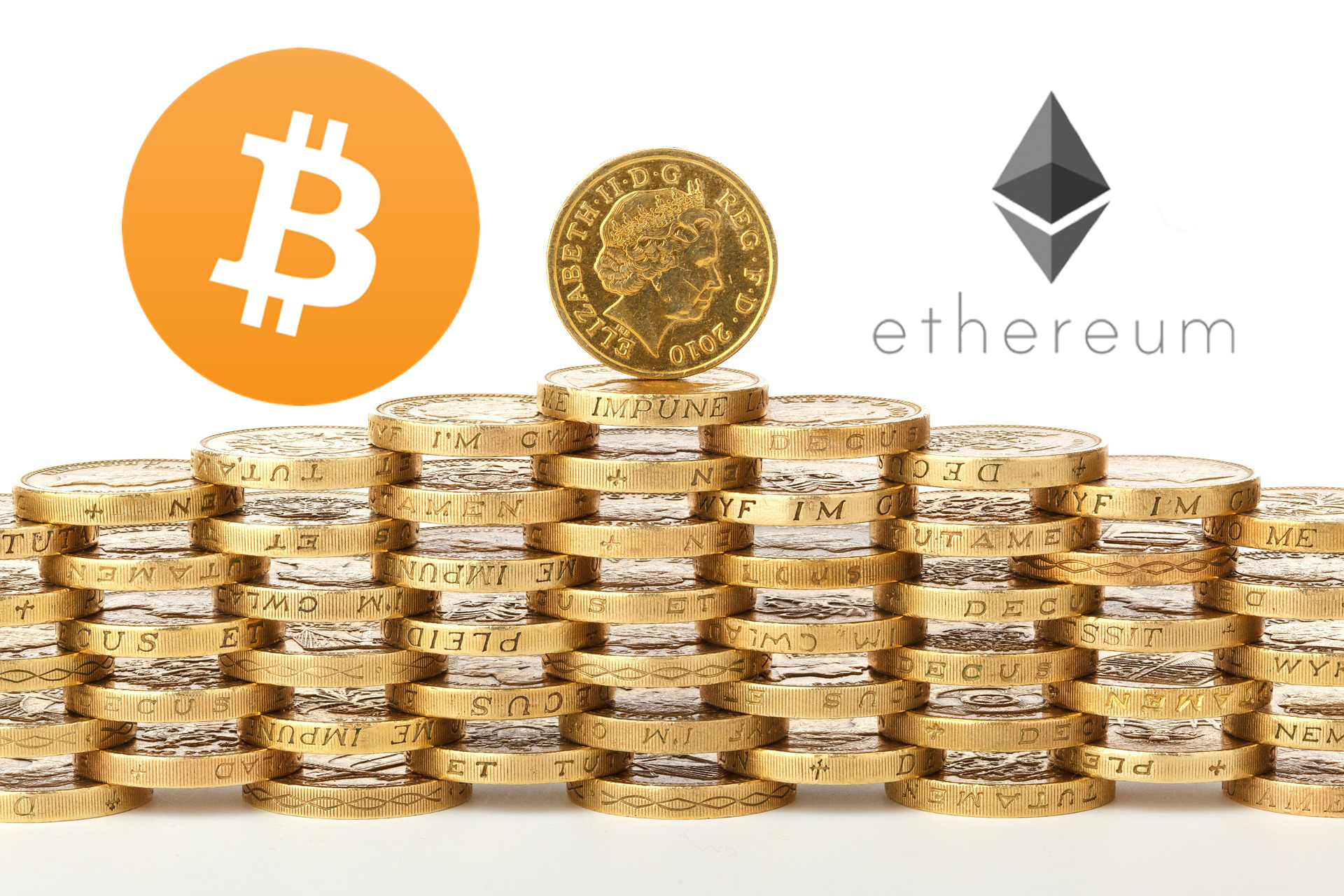 Gold, Oil, Bitcoin, Ethereum and the New Amazing Global Markets    The markets are running volatile and in a massive shift and disruption.As classic commod

The markets are running volatile and in a massive shift and disruption.As classic commodities such as Oil and Gas are still drivers of the world economy the new players based on digital cryptocurrencies are taking its space step by step although proportionally much smaller. The global Forex Market according to research data from 2016 from HSBC, citing data from the Bank for International Settlements (BIS) discloses $5,100,000,000,000. It’s a mind-boggling figure, but actually smaller than the $5.4 trillion average seen three years earlier. In proportion to this, the global crypto market as a whole is only $100 billion. But the changes are moving and happening.

Bitcoin is somehow the new gold but gold is gold. And the changes that are undergoing are massive and disrupting the global capital markets as we know it.

Some thoughts and quotes from people in the industry.

A New world of Bitcoin Ethereum and Crypto Economy

The 150 percent increase in the vintage digital currency bitcoin this year, and a 30-fold surge in the price of ethereum has attracted a whole new swath of trading and investors are moving to the cryptocurrency market.

Among the abundant promises of the Blockchain driven cryptocurrencies – based in Distributed Ledger Technologies – are fast growing and a big part of trading is moving to these new assets or currencies whatever we think it will be their legal categories. Some of these networks such as Bitcoin and Ethereum – with its token-based currency Ether – have indeed seen substantial adoption and value appreciation (>100x). However, interesting enough is the fact that barring few exceptions, there aren’t few companies operating these DLT networks, unlike traditional networks such as Facebook and Ethereum. So the natural follow-on question would be: “How do I get a piece of this network’s value appreciation?”

Well, there exists an option to invest in these protocols, some call it “ICO” while others prefer “token sale” and we have seen quite a few of those over the past two years:

Over £200m was raised via ICOs in 2016. Venture capitalists are wary of the lack of control and regulatory issues but love the massive profit potential and liquidity. Today, Ethereum remains one of the largest ICOs to date, raising over £16 million in 2014 – and today has a market capitalization of £4 billion. Startups love the fact that they don’t have to give up equity and can open source and/or put their project under a non-profit foundation and still raise money… and not just seed money but significant growth capital into the millions. This is the world of Initial Coin Offerings and Tokenization. This is the event where we open the lid on this new phenomenon.

On a general capital markets outlook Mihir Kapadia – CEO and Founder of Sun Global Investments, has said:Gold:
“In the commodity markets, Gold is holding steady on Tuesday as investors remained cautious ahead of the two-day U.S. Federal Reserve meeting that is likely to provide hints on the central bank’s interest rate policy for the remainder of the year. The Fed is likely to hike the interest rates further to the two-day meeting, but the investors want to understand the Fed’s  perception of the US economy and whether it feels it is robust enough to mandate future increases through 2017 as proposed earlier.Higher interest rates would shift the balance of market demand to the dollar. U.S. gold futures for August delivery were almost flat at $1,268.30, while Spot gold was up 0.1 percent to $1,266 per ounce early in the morning.”

“Crude oil prices were slightly higher after Nigeria reported a pipeline leak. Overall sentiment remained downbeat however as the market has little confidence that production cuts by OPEC and Russia are helping to drain excess supply. July WTI wis 0.4% higher at $46.28 per barrel.The decision by OPEC  to extend oil production cutbacks until March 2018 was one of the most significant announcements this year, which is a remarkable indication of the serious commitment OPEC is undertaking in order to steady the rocking oil prices boat. Last year, there were considerable doubts as to whether a cutback deal was in fact even possible; and now OPEC has renewed it for another nine months! The credit must go to Saudi Arabia and Russia for their strong leadership in ensuring the rest of OPEC adopted the proposal they first jointly made over three weeks ago.

The renewal comes at a time when the global supply overhang has been depressing the oil prices and revenues for over the past three years. Although the initial announcement of the cutback extension did boost oil prices as markets would have preferred an actual cut in production rather than an extension under the current levels, we expect the resolve and agreement demonstrated by OPEC to boost prices in the long term, picking up from current levels.

The focus now shifts to how US crude and shale producers respond to higher prices. This sector has been one of the biggest headaches for OPEC as they have been flexible in increasing output in response to higher prices. Thus OPEC’s desire for higher prices over the medium term have been continually thwarted. While the news on the cutback extension may boost oil prices in the short term, however, it is unlikely to go above $55 in the medium term as flexible Shale producers have become the main determinant of the marginal prices of oil.”

“U.S. stocks fell on Monday as the tech sector extended losses with large cap tech stocks pressured for a second session. Apple skidded 2.5%, Facebook slid 0.8%, Alphabet dropped 0.9% and Microsoft lost 0.8%. The selloff comes on the back of mounting concerns over elevated valuations with a significant number of tech stocks have posted double-digit gains this year, outperforming the broader market.The S&P 500 shed 0.1% and the Dow Jones Industrial Average fell 0.2%. The Nasdaq Composite Index slumped 0.5%. However, stocks are trading better in Asia with a strong performance in Korea and Australia. The market moves took place ahead of this week’s monetary-policy meetings in the U.S., where another interest-rate hike is anticipated. US Treasury bonds were steady as ahead of the Federal Reserve Meeting. The yield on the benchmark 10-year Treasury note was unchanged at 2.213%.

U.K. inflation data for May is due today.  The consensus forecast is for 2.7% for the second consecutive month. If, as expected, the pace is of inflation is slowing, markets expect the Bank of England to do nothing on Thursday and keep the benchmark interest rate unchanged at 0.25%.”