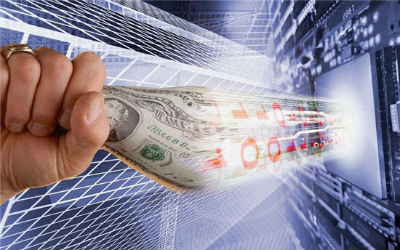 A Short History of CFDs

Contracts For Difference (CFDs) are a type of financial derivative that was developed in the early 1990s by two traders at UBS Warburg in London, Brian Keelan and Jon Wood. At first, they were mainly used by institutional traders and hedge funds to hedge exposure to stocks in an inexpensive way, due to their tax exempt status and because they only required a small margin.

They became available to online traders in the late 1990s, with online brokerage GNI (now a part of MF Global) leading the way. GNI were swiftly followed by CMC Markets and IG Markets, both of whom were instrumental in raising awareness of CFDs among independent traders. Soon, traders began to realise that the real strength of CFDs, aside from the fact that they weren’t taxable, was that they could be used to profit from any underlying instrument.

Although CFDs were initially only used to bet on the movements of London Stock Exchange share prices, brokers rapidly introduced CFD trading across the full range of asset classes, including global stocks, indices, commodities, bonds, and currencies. Effectively CFDs can be employed in much the same way as financial spread betting, except for the fact that it is tax-free in most global territories, whereas spread betting was only tax-free in the UK and Ireland.

A CFD is an agreement between two parties to settle, at the close of the contract, the difference between the opening and closing prices of the contract, multiplied by the number of underlying assets specified in the contract. They are traded in a similar way to other asset classes such as shares or currencies, and the prices quoted are usually the same, or close to, the underlying market price. You can purchase them in any quantity that you want, and you will often be charged a small commission on each trade by the broker. That said, there are some key differences between trading CFDs and directly trading assets that make them particularly attractive to independent investors:

• Like forex, CFDs can be traded on margin, allowing you to trade as if you had a lot more starting capital, thereby maximising your resources.
• Because no assets actually change hands in a CFD trade, there is no Stamp Duty to pay, a saving of 0.5% on a standard asset purchase.
• They allow you to profit from falling markets as well as rising ones, with the option to go long or go short
• You can access the full range of financial markets using a single account
• Risk can be managed and limited using limit orders and stop losses

• Margin trading magnifies losses as well as profits, so if a position moves against you, and you haven’t protected your trade with a stop loss, you could lose a lot of money or even end up owing the broker more than was in your account
• CFDs are only really suitable for short-term trading strategies, as if you have a position open for a long period, the associated costs could escalate to the point where you may have been better off buying the underlying asset instead.
• Because you are not buying any actual assets, the purchase of a CFD gives you no rights as an investor, such as the voting rights that you might have if you bought a share.
Key Features of CFDs

In order to make a sizeable profit on relatively small price fluctuations when trading in assets directly, you need to invest in large quantities of that asset. This places this type of trading out of reach for the average online trader. What margin trading does is make it possible to trade as if you had bought large quantities of the asset, and take the corresponding profits or losses, when you have only put down a small security deposit.

Effectively, the broker is loaning you a large amount of money for each margin trade, and taking it back when the trade is closed, plus or minus the profit or loss from the trade. The fraction of the money that you are trading with can be expressed in terms of Margin (a percentage such as 5% or 10% of the full traded amount) or Leverage (a ratio such as 1:10 or 1:100), but these terms are otherwise interchangeable.

In order to keep a position open, you need to have enough money in your account to cover the fraction of the current price that you have specified when selecting your margin. So, if a position moves against you and reduces your cash balance so that you are below the required margin level on a particular trade, you will be subject to a “Margin Call” and will have to pay extra money into your account or you may be forced to close your position.

Profit from rising or falling markets

This is not possible when trading in most assets directly, as you need to own the asset before you can sell it, but with CFDs, it is just as easy to go short as it is to go long because no actual assets are being traded. This gives you the ability to profit from falling prices if you make the right kind of CFD trade.

Because you aren’t buying the underlying assets when you trade a CFD, there is no stamp duty to be paid – a saving of 0.5% on trading in assets directly.

As with ordinary stocks or commodities trading, a commission is usually charged for each CFD trade, although the way in which this is done varies from broker to broker. Usually, the commission is worked out from the total value of the position, rather than the margin that you have paid.

Because margin trading involves borrowing, holding a leveraged position overnight will incur a finance charge. Long CFD positions are charged interest when held overnight, while short CFD positions are paid interest – both of which will result in added cost for the trader. The rate of interest varies between brokers, and is often set at a percentage below the LIBOR (London Inter Bank Offered Rate). The interest is charged as a percentage of the number of underlying assets multiplied by the closing price, and unless there is no change at all in the price of that asset, the calculation will be different every day.

Virtually any asset class can be used as the underlying asset in a CFD, including currencies, shares, bonds, and commodities. However, you are not just restricted to single assets, and you can use a CFD to speculate on the movements of entire share indices, such as the FTSE 100 or market sectors via sector-specific indices such as the Dow Jones U.S. Healthcare Index.

Because leveraged trading introduces a higher level of risk, most brokers offer a wide range of facilities to help you manage risk. These include stop loss orders, which automatically exit a trade when the price goes below a specified level, and limit orders, which can be set to buy or sell a set number of shares at a specified price or better, and limit the length of time an order can be outstanding before being canceled.