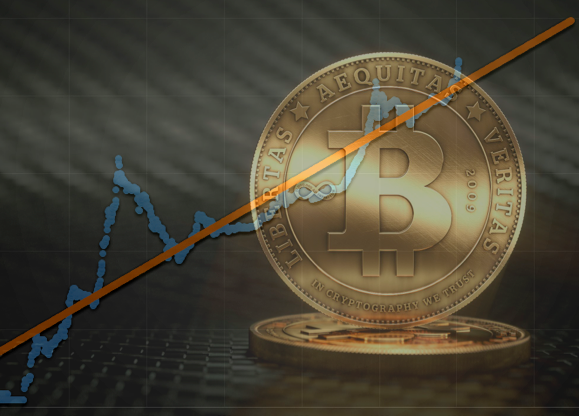 Trade volumes and prices at times cannot necessarily be deemed as connected or interrelated. To understand that it is necessary that you first understand t

Trade volumes and prices at times cannot necessarily be deemed as connected or interrelated. To understand that it is necessary that you first understand the effects of volatility on trade prices during a particular period of time. High intraday volatility occurs when the price of a Bitcoin exceeds over a wider range, for example, if trading between $600 and $800. Low intraday volatility occurs when the price of one Bitcoin remains undeterred, when for example, trading between $650 and $655.

What Do High Volumes Signify?

High volumes signify an increased trading activity. It shows that there is a high level of fervor and confidence in the market and people want to cash in their fervor by trading. At times, increased trading activity shifts the price, for example if buyers begin to reign over the sellers in the market, the price will most definitely increase. However, if the groups of investors do not form an equal proportion, you may get higher volumes but see no real impact on the price.

On the other hand, low volatility is somewhat more interesting. This occurs when the price shifts without any physical trading occurring. Alright, let’s assume that a popular economist has advised the central banks to retain Bitcoin as a backup currency. At this moment however, people who were about to sell their Bitcoins or were about to get limit orders pumped into the market to be sold could at any moment put a hold on everything, creating a vacuum in the market because there will be no sellers, irrespective of the price.

So, when the next trade initiates, it could bring in higher prices as compared to the previous trade before the economist made a press release. This means you can potentially get bigger price movements without necessarily trading bigger volumes.

The Bitcoin price action is something that is even more interesting than high and low intraday volumes. It is common knowledge that good news tends to increase prices in the stock exchange whereas bad news tends to decrease it and at times significantly crash it within minutes. But the same cannot be said of Bitcoin buying and selling. Why?

That’s because in order to purchase Bitcoins you have to wire the money to a Bitcoin exchange. This can be considered an international wire exchange. After the wire transfer, the exchange should recognize the funds which are being transferred before you can buy the Bitcoins, which these days go through a manual process for a majority of exchanges. The process can take up to 3 or 4 days.

On the other hand, if you want to sell your Bitcoins, you would have to send the Bitcoins to the exchange where the selling process is mainly automated and takes up to an hour to complete. So, in essence you could end up selling your Bitcoins an hour before any bad news pertaining to the market. This is a big advantage Bitcoin traders enjoy.

Have People Stopped Responding to Bad or Good Bitcoin News?

Maybe and maybe not, it can be due to the fact that most people have gotten so accustomed to hearing good and bad news pertaining to Bitcoin volatility hyped up by the media that the new developments are giving rise to nothing but boredom in the market which leads to lower trading volumes. It is important to understand that Bitcoin value is not similar to the value of gold.

So, if people invest in gold, the prices are bound to increase because of gold’s usability in a number of things, which includes electronics and jewelry. If investors decide to buy gold, the market will adjust the price of gold and spike it upwards so that most could retain some of the gold in the market. However, if the Bitcoin value were to increase, many would just sell their stock to makes profits, whereas others could decide not to spend any of their Bitcoins for future price influx.