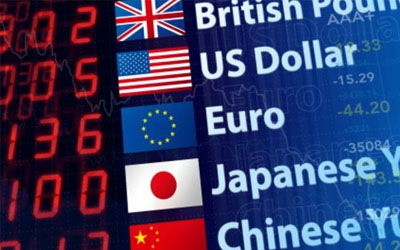 A guide to some of the techniques that can be used to manage the risk levels associated with forex trading.

There is no getting away from it, forex trading is a risky business. While there is the potential to make a lot of money very quickly, there is also the potential for losing money just as quickly. Yet, major institutional investors the world over are making trillions of dollars worth of forex trades every day, and for the most part it forms a profitable part of those businesses.

So how do they achieve this? Well, aside from being able to call on the expertise of full-time professional mathematicians, programmers and day traders, cutting-edge technological resources, massive liquidity, and a huge bankroll that means they aren’t overly dependent on leverage for profits, the major institutional investors practice risk management to avoid losing too much on trades that go the wrong way.

Risk management is not just one discipline, but many. In essence, risk management is all about trying to assess the risks involved in each trade, and in your trading strategy as a whole, and compensating for those risks. This could take the form of varying the amounts that you risk on each trade in terms of capital and leverage and/or using hedges to partially cancel out losses.

One of the simplest risk management techniques involves establishing a discipline for the amount that you stake on each trade based on a percentage of your bankroll. While you would obviously try your level best to avoid making successive losses, you have to figure the consequences of doing so when designing a strategy. Let’s say you have a bankroll of $10,000, and you decide to stake $1,000 on each trade. If you were really unlucky, and made five losses of $1,000 on your next five trades – perfectly feasible if you are using a lot of leverage, you would have to stake your entire bankroll (with $5,000 left in it) and make a 100% profit on your next trades just to get back to square one.

However, if you decided to stake 10% of your bankroll, rather than the flat fee of $1,000, and you had the same run of five consecutive losses, you would lose $1,000 on the first trade (10% of $10,000), $900 on the next trade (10% of $9,000, and so on, leaving you with an account balance of $5,904 – which is easier to get back from than $5,000. Of course, this is an extreme example, but it demonstrates how setting a percentage-based discipline can help to protect your bankroll, as the more consecutive losses you make, the less you stand to lose with each trade. The flipside of this is that if you make some profitable trades and your bankroll expands, you can afford to stake more money on each trade in order to make bigger profits.

A more complex approach is to calculate the odds for each trade, and then use these in combination with the Kelly Criterion to decide on the percentage of your bankroll that you should stake on each trade. This involves getting deep into technical and fundamental analysis, and also analysing your own trading history to factor your own abilities into the equation. However, if you have the time and the know-how to make this work effectively, it can make for a very successful strategy for controlling risks and maximising capital gains. It certainly seems to work for traders such as Warren Buffett (pictured) and Bill Gross.

Aside from bankroll management, there are several more simple steps that you can take to control your risk levels. Because of the lot sizes involved in forex trading, most independent investors are highly reliant on leverage. In a nutshell, higher leverage makes successful trades more profitable and losses more costly – so it increases the risk in a significant way. By setting the leverage at a level that keeps the risk level to a minimum, without unduly hindering your trading flexibility, you can achieve the right balance between risk and potential profitability. Also, if your broker offers smaller lot sizes, then these can be used to reduce your overall exposure to risk and make you less dependent on leverage.

Trade orders are another essential tool for managing risk in forex trades. While there are lots of different types of trade order, such as trailing stops and limit orders, the most important ones, from a risk control perspective, are stop losses. These automatically exit a trade if the price drops below a specified level, so that if a trade really goes against you, you won’t lose more than you specified with the stop loss. They are particularly important when making leveraged trades, as they can be used to prevent you from losing your entire bankroll or even losing more than you have and going into debt. However, in most cases a stop loss order should be placed well above this level, although the leverage should be part of the equation.

One way to reduce the risks inherent in forex trading is to place ‘hedges‘ in order to minimise the downside risk. This effectively means to place two simultaneous trades based around the same instruments – one spot (standard) forex trade, and the other being an options trade of some sort. The idea behind this is that if the price moves in such a way as to place the spot trade in loss, that same price movement will provide a profit on the options trade. This might not be enough to cancel out the entire loss, but it could mean making less of a loss on an unsuccessful spot trade while still having some profit potential if the trade goes the other way.