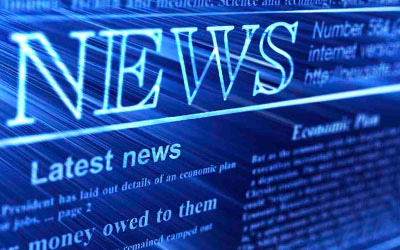 The release of key economic data can have a marked and measurable impact on the currency markets – in this article, we show you how to profit from this.

One of the main influencing factors on the short-term movements of currencies is the market response to economic news and data releases. Most brokers offer trading in at least eight major and minor currencies, and seventeen currency pairs derived from them. This, combined with the 24-hour nature of the forex market, means that at any given time there will be a piece of tradable economic data slated for release in the near future. In this article, we shall take a look at when economic data tends to be released in different countries, which ones are the most relevant to FX traders, and give some suggestions as to how to act on these announcements.

As a general rule, most currency trades involve two of the eight major currencies, which are as follows:

Because the U.S. dollar is involved in 90% of all currency trades, economic releases from the U.S. tend to have the most notable effects on prices for all currency pairs. However, the effects of economic releases from other parts of the world can still have a marked impact, particularly for currencies belonging to the countries involved and their biggest trading partners.

When trading on economic news, there are three sets of figures that you need to consider. The first are the whisper numbers, which are estimates made by influential economic analysts. The next are the reported consensus figures, which are the main content of the official news release itself. Thirdly, you have to look at the revisions, which are made after the fact for a variety of reasons.

When Do News Releases Come Out?

In the table below, we show the times at which the most important economic data tends to be released in each of the countries that have major currencies. If you’re trading the news, you need to be paying extra attention to the markets at these times, depending of course on the currency pairs you are trading.

Which Are The Most Important?

The relative importance of these can vary with the state of the economy at the time. For instance, in times of economic hardship, the unemployment figures assume a much greater importance, whereas interest rate decisions might have a bigger impact during a boom time. That’s why you need to have a clear idea of what the market is focused on at the time of the release.

One of the most common methods for trading the news is to wait for a period of consolidation before an important news release is put out, and trade the breakout as soon as it is released, as in the diagram below:

Of course, if it were simply a matter of making the right move after every news release, it would be easy to profit from trading the news. The spanner in the works is market volatility, as even if you make the right move you could end up losing money because the market didn’t have the momentum to sustain the move, or you get stopped out. A lot also depends on how good or bad the news was from an economic perspective. A particularly good number, followed by a strong move, could see prices continue to rise over a matter of days, whereas a very bad one, followed by a big dip, could exert a similar downwards pressure over a period of hours or even days. However, most economic announcements fall somewhere between these two stools, making it even more difficult to predict which way the market will go, and for how long.

How Can I Protect Myself From Volatility?

One way to capture breakouts in a volatile market without the risk of a reversal is to trade spot forex options. Usually, these have barrier levels, and they will only become profitable or unprofitable when the price hits one of these barriers. The amount that these pay out is predetermined, and the price of the option is directly linked to the size of the potential payout. The most common types of options are double one-touch options, one-touch options, and double no-touch options, each of which is suited to a different set of predicted circumstances.

These have two barrier levels, one of which has to be breached before it expires in order for the buyer to receive a payout. These are useful for trading news releases because they represent a non-directional breakout play, so as long as the breakout is big enough, it doesn’t matter whether you predicted it right or not.

These are cheaper than double one-touch options, because they only have one barrier level. Payouts are only made if the barrier is breached before expiration. One-touch options are a good choice for when you have a strong opinion about whether the number will be higher or lower than the consensus forecast.

These are the opposite of double one-touch options, in that they still have two barriers, but they only pay out if they aren’t breached. Double no-touch options are suitable for those situations where you think that an economic release is unlikely to cause a breakout, and that the currency pair will continue to range trade.

Economic news releases, particularly those emanating from the U.S., can have a profound impact on short-term price movements in the currency market. The key to success when trading the news is to be aware of when the most relevant economic releases are set to be made, and to have a strongly developed idea of how this might affect price movements of particular currency pairs. This involves doing a lot of research and keeping abreast of all the latest economic news via a newswire service or similar. It also means learning about what the various FX options do, and knowing how to use them to capture breakouts in a less risky way than with standard spot forex trades.