What: Empowering people to make real change. Traditional streaming platforms only compensate content creators by paying them for site traffic or for ad spots, making value generation a one-way street that rewards clickbait. That’s NOT how injii works. Through the integration of blockchain technology, our injii Access Coin (IAC) simultaneously rewards content creators, viewers, and charities for interacting within the injii community, creating an engaging streaming platform that financially supports organizations dedicated to making a difference in the world. Why: Raising money costs money. But it doesn’t have to. In 2016, millions of Americans donated a total of $344 billion dollars to public 501(c)(3) charities, up 4.2% from the year before. Startlingly, nearly 37% of these contributions were used to cover the cost to raise the donations. That means hundreds of billions of dollars that could be used for good are wasted on fundraising because raising money costs so much money. injii’s goal is to cut the cost of fundraising to $0; eliminating the barrier to entry for charities looking to raise money for good by connecting them with a built-in audience and live content creators. Integrating blockchain technology allows injii to decentralize creative content ratings and provide both transparency and cost efficiency to how charitable organizations raise donations. How: Generating value from interaction. The injii Access Coin (IAC), an Ethereum Network Compliant ERC-223 Token, is the mechanism through which content creators, viewers, and charities are all rewarded in the injii ecosystem. Users that view, rate, and comment on live streams will simultaneously generate IAC directly into their wallet, the wallet of the content creator and, best of all, into the ones of charities they support. IAC can be used to transact externally, can be donated to charities, and can be redeemed for exclusive events and merchandise offered only through the injii marketplace. Why should you care: Helping people help people. injii has the potential to do enormous good in the world. Our robust platform ensures that content creators are compensated for their talents, that viewers are entertained and rewarded for interacting, and that charities can easily raise the money they need to do the work the world needs. #AreYouinjii

injii is the streaming platform for #socialimpact. Our mission is to empower people to affect positive change in the world through media content. #socialgood

Our users can play an active or passive role in helping fund the needs of causes around the world. Users choose what causes interest them the most, and then can either donate directly to donor vaults or simply generate funds for specific needs by watching content on the platform. 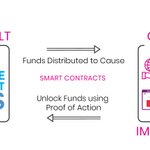 Congratulations to @RepArroyoIL , Asst. Majority Leader for the Illinois State House of Representatives, on his re-election this week! Robert Varghese (Co-Founder) and Chamo Guevara, (Dir. Operations P.R.) had the chance to meet with Rep. Luis Arroyo and his lovely wife Maribel 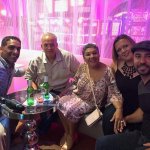 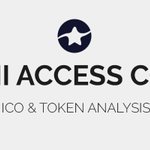 Interview w/ @JoeGumm on what is injii and how it can globally impact lives. I'm still working on my interview/on-camera skills 😏 Draper University Hero City at Draper University #blockchain #socialimpact #Ethereum #lifeatdu  https://t.co/r1IlzoTTOQ 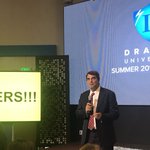 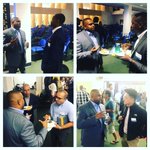