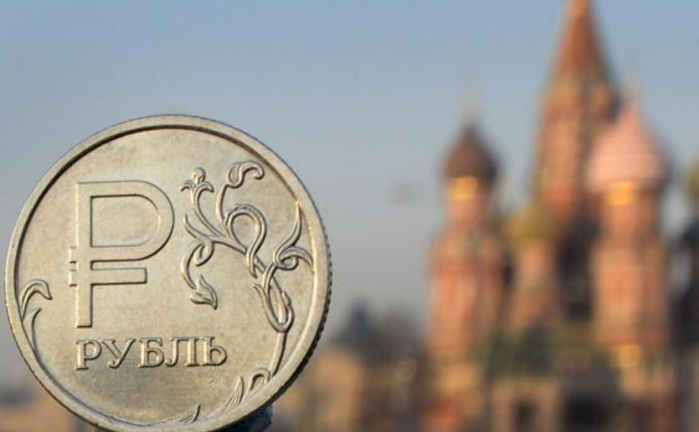 When evaluating the Ruble Rally, it becomes clear that is in many ways a function of energy prices and direct correlation between the Ruble and oil prices.

After strengthening for the last few weeks, the Ruble Rally, on the back of stronger oil prices, the run higher in the Ruble may be coming to a quick conclusion after reports that major gulf oil producers are set to ramp output significantly higher over the near-to-medium term. As global onshore inventories continue to climb and competition for market share between producers heats up once more, the top might be in for oil prices, diminishing any further upside potential in the Ruble over the medium-term.

Although the US dollar has not necessarily been a strong performer recently thanks to multiple disappointing fundamental data points, the recent softness in the USDRUB pair may be at a turning point thanks to developments in the oil patch. Considering Russia’s overall sensitivity to energy prices when it comes to economic activity, another downturn in oil prices is likely to be directly manifest by another Ruble depreciation.

Just like many of its competitors in the energy landscape, Russia is especially dependent on the oil and gas industry to fill government coffers and keep the economy afloat. The tumble in energy prices from 2014 highs has had a long-lasting impact on the nation’s finances after plunging the Ruble, reducing foreign currency reserves, and stoking already high inflation.

Climbing oil prices which have rebounded substantially from February lows have found serious resistance in the mid-$40s. While output cuts from Kuwait and Canada helped to keep prices elevated, new production developments threaten to reverse these gains. In particular, plans announced by Kuwait to raise production to 4 million barrels per day combined with rhetoric from Saudi Arabia promising higher production could widen the supply gap.

The Ruble, which has closely mirrored the gains in oil prices could reverse lower as a result. Even though the rally in oil prices has benefited the Ruble to a degree, the recent gains in the currency have also hurt the outlook for the economy, notably harming the export market for grains. The one benefit to a substantially weaker Ruble is the same as any advanced economy, improved trade competitiveness.

When evaluating the Ruble, it becomes clear that the currency is in many ways a function of energy prices as evidenced by the direct correlation between the Ruble and oil prices. That means that should energy prices find themselves on the rapid retreat either due to an expanding supply scenario or filling storage, the Ruble is likely to react to these developments negatively. While the dollar has been especially weak lately, this is only one factor in the USDRUB pair’s directional momentum. In the last 52-weeks, the Ruble has fallen -23.01% versus the US dollar compared with a -30.80% loss in West Texas Intermediate crude oil prices over the same time period. This highlights that crude oil is not the only determinant in Ruble momentum, but nevertheless a strong component that is statistically significant and cannot be ignored.

From another viewpoint, however, technical indicators are giving mixed signals on the outlook for the USDRUB pair after appearing to bottom at the beginning of the month. While the 50 and 200-day moving average trading above the pair are acting as resistance against any reversal higher, the crossover could be a reversal sign that the Ruble has further room to appreciate after the USDRUB pullback from highs reached earlier in the year. However, in contrast to the moving averages, the emergence of a head & shoulders bullish pattern on a shorter-term basis raises the prospect of another move back to the upside. Although exhibiting a diagonal orientation, should USDRUB experience a candlestick close above the neck line in the pattern, it could be a reliable indication of an upside breakout, snapping the recent downtrend in the pair.

However, in contrast to the moving averages, the emergence of a head & shoulders bullish pattern on a shorter-term basis raises the prospect of another move back to the upside. Although exhibiting a diagonal orientation, should USDRUB experience a candlestick close above the neck line in the pattern, it could be a reliable indication of an upside breakout, snapping the recent downtrend in the pair.

Looking Forward for the Ruble Rally

Even though the technical factors behind the USDRUB momentum may be producing mixed signals over the near-term, the real place to look for any hints about the future of the pair is energy prices. After a tremendous bounce, momentum higher in oil prices is notably absent, potentially setting the stage for another round of losses.

Combined with the industry fundamentals which are pointing to higher production, increased storage constraints, and the prospect of renewed price competition, energy prices may be set to slip, a strongly bearish indication for the Ruble. Considering the abundance of negative factors, the USDRUB looks to be in the early phases of a reversal higher that will undoubtedly be determined by the direction of energy prices.