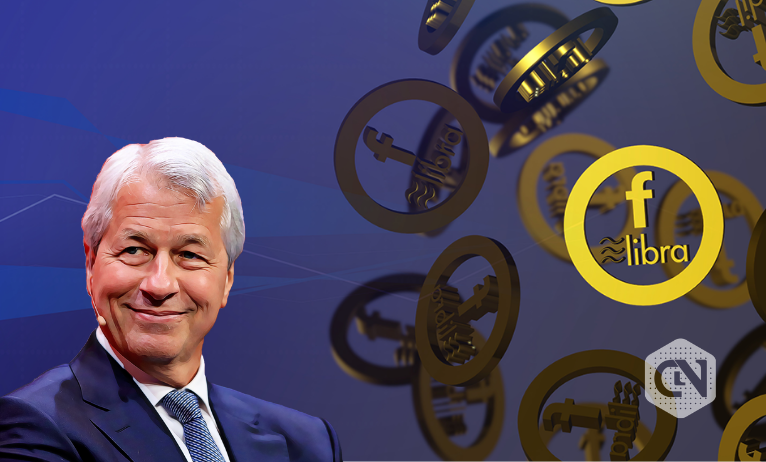 Jamie Dimon, CEO of JP Morgan Chase, has voiced his opinions on Facebook’s ambitious and much-talked-about digital currency project Libra. In Dimon’s words, Facebook’s digital currency project Libra is a neat idea that will never happen. He, however, refrained from elaborating on the reasons behind his statement. Continuing further, Dimon opined that there are stablecoins …

Continuing further, Dimon opined that there are stablecoins already in the market, so this is not going to be the first stablecoin. “I’ve got nothing else to say about it,” he added. Libra, as we already know, intends to be pegged to several currencies, including the euro, the yen, and the dollar.

It is important to note that JP Morgan had refused to be a part of the Libra project, according to reports. The bank was concerned about the potential use of the crypto in funding criminal activities, violating the sanctions and money laundering rules.

Dimon is also known for being skeptical of crypto. He had described Bitcoin as a fraud earlier but later expressed his regret for making such comments. Dimon also went on to voice his belief in the blockchain technology, which seems to be the basis for JP Morgan to become the first bank in the US to unveil its own crypto called JPM Coin in February this year.

It is important to note that Libra has been in the news consistently over the past week as the project lost a number of its initial backers. The companies that have recently bid adieu to the Libra Association include PayPal, Mastercard, Visa, Stripe, Mercado Pago, eBay, and Booking Holdings.

When the project had started out, it had 28 members, but with one company leaving after the other, the Association is now left with 21 members without any major payments partner. Libra’s current backers include venture capital firms and non-profits, including Vodafone, Uber, Spotify, and Lyft.

Ever since its announcement, Libra has run into trouble. It has faced criticisms on a continuous basis from policymakers and regulators around the world over various concerns such as privacy, money laundering, and terror financing. In fact, France has taken the tough stance stating that it would be blocking Libra in Europe. Regulators have asked Facebook to not launch the currency until all the regulatory concerns are addressed, which the company has accepted. One of Libra’s executives had recently indicated that their project might experience a delay in its initial planned launch in 2020.

Although a row of defections and criticisms has not deterred Libra creators, the Libra Association successfully held its 1st meeting at Geneva, Switzerland, in which it signed up 21 members and appointed a board of directors as well.