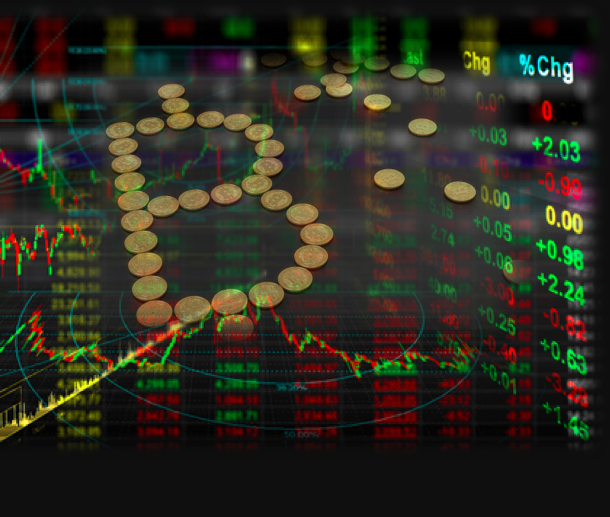 By Georgi Georgiev Despite there still being an enigmatic vibe about Bitcoin and more than enough negative media reports to scare off the neighbours, the f

Despite there still being an enigmatic vibe about Bitcoin and more than enough negative media reports to scare off the neighbours, the facts are unequivocal – the cryptocurrency’s popularity is growing in all key areas and this is demonstrated clearly in a new infographic from BargainFox & SavvyBeaver Even in the last two months its price has risen by more than $100 and has been steadily going up since the start of the year.

Bitcoin was born in 2009, right in the middle of the global financial crisis when collapsing economies and bank bailouts flooded the headlines. The revolutionary technology offered ideologues hope that power could be taken away from the corrupt bankers and politicians and given to the people. Indeed, there is no central authority controlling bitcoin, it’s founder has never even revealed their identity. Rather transactions are done online through a peer to peer network, which is fast, seamless and cost effective. The market itself defines its value.

As of 2015 there are now over 100,000 merchants across the world accepting payment in BTC, which is roughly 35,000 more than last year. This is on the rise because “it’s a viable, innovative and somewhat ‘sexy’ solution,” according to Ofir Beigel of 99Bitcoins, a Bitcoin tutorial site.

BitPay is the current go-to payment processor for retailers. As well as simply allowing them to meet customer demand, benefits include the ability to covert BTC automatically to their chosen traditional currency and a low 1% fee which is much better than the fees associated with accepting credit cards like Visa and Mastercard. It also helps prevent fraud associated with credit card payments.

“Bitcoin affords our customers an easy checkout process, while protecting us against fraud and chargebacks. We could not be happier with the results,” says TigerDirect CMO Steven Leeds.

BitPay reached a record number of monthly transactions in August (over 70,000) and everyone from Microsoft to local independent coffee shops are now using it to allow their customers to zap over BTC payments.

2015 also marked the point where the amount of trades and transactions now averages $289 million on a daily basis. This is more than global money transfer system Western Union ($216 million) and not that far behind PayPal, which currently moves around $397 million every day. Exchanges where most bitcoin trades take place are also seeing rapid growth from last year. BitStamp has grown over twice the size and Singapore’s OK Coin grew 874% since this time last year!
Of course there is still a disconnect within the general public, who perceive the currency to be beyond their technical understanding. That doesn’t mean the gap isn’t being closed. In 2012 venture capitalists were only prepared to pump $2 million in to bitcoin projects. In 2015 this has already reached $469 million. This has gone towards everything from bitcoin wallet software to financial services. The upshot is that with more money behind it the more user-friendly the technology is going to get.

Another hurdle that has prevented people from experimenting with bitcoin is volatility. Nobody wants to use a currency where X amount can buy them a car one day and a toy car the next day. However basic market rules dictate that the larger the market the more it takes to cause disruption. This is why in the beginning the closing of a dark net site like Silk Road or collapse of an exchange like Mt. Gox could cause a major crash, and today there is less of an impact. All measures of volatility prove that it is getting better as more people join in.

Made by: BargainFox
Georgi Georgiev has a special lifestyle with only 2 suitcases, fully stamped passport, a small part of a start-up business and a college degree. He is passionate about building companies, marketing and learning foreign languages. He likes also to code sometimes. Previously worked for Techstars in London, UK and currently invests and builds start-ups with Potential.vc in Asia. He studied at Lund University, Sweden and Rollins in Florida, USA. His current location is Bali, Indonesia.