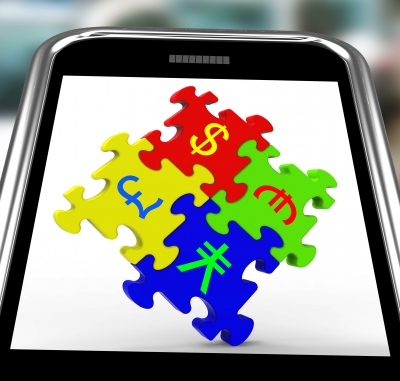 Although there are exceptions, spot forex trades tend to be conducted in specific amounts known as lots. The standard size for a lot is 100,000 units. Ther

Although there are exceptions, spot forex trades tend to be conducted in specific amounts known as lots. The standard size for a lot is 100,000 units. There are also mini, micro, and nano lot sizes that are 10,000, 1,000, and 100 units respectively.

The reason why currencies are always traded in large bundles is that currencies tend to move by very small amounts, known as pips. In order to take advantage of these small movements, you need to trade large quantities of currency in order to see any significant profit or loss. This is especially important when you consider the costs involved in making a transaction.

To illustrate this, we shall give you an example of a theoretical trade involving one dollar.

So, if even if the exchange rate moved by a wholly unrealistic 1000 pips in your favour, you would only make 0.06981 USD (nearly seven cents) on the trade, and that’s before you even factor in the spread or commission:

Now, let’s try the same trade, but with a standard lot size of 100,000. We shall stick with the 1000 pip movement, just to keep the continuity going.

A profit of nearly $7,000! That’s much more like it, even if you had to stake $100,000 to make it. However, currencies rarely move by this much in real life. Here’s what would happen if the price moved by just one pip:

In a nutshell, leverage is when your broker lends you money to trade with, taking a small percentage of the sum as a security deposit. Leverage is expressed as a proportion such as 1:100, so in order to borrow the money for a standard lot size ($100,000) you would need to have $1000 in your trading account. You would then be able to claim the same profits as if you had put down the $100,000 yourself, but you would also be liable for the losses. This is what makes leverage trading a risky business, as you could end up owing more than your initial stake. However, you can use risk management techniques such as placing stop losses on your trades to avoid this eventuality.

The minimum and maximum leverage amounts vary from broker to broker. Higher leverage amounts mean that you can trade larger lot sizes with smaller amounts of money, but the more leverage you take on board, the more risk you expose yourself to. Choosing a leverage amount very much depends on your attitude to risk, and how much you can afford to lose.