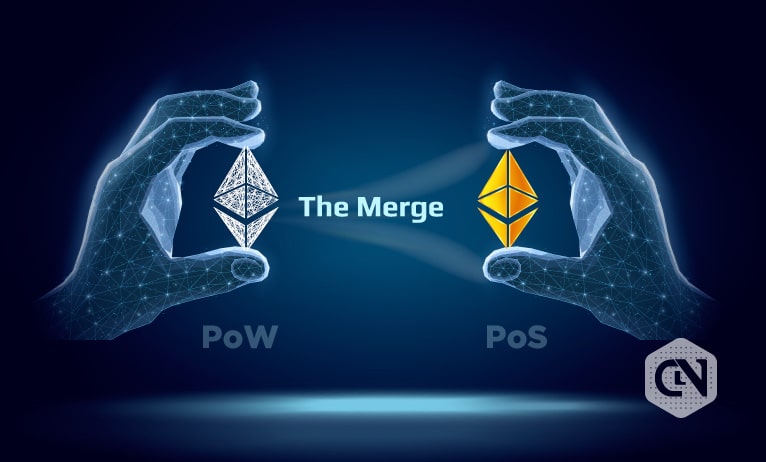 Ethereum Merge has been successfully completed. Still, it has triggered questions about ETH’s sustainability. Read this post to learn more.

On September 15, 2022, the Ethereum mainnet switched to Proof of Stake consensus, enhancing the performance and making the cryptocurrency more sustainable and eco-friendly. On his Twitter handle, Ethereum founder Vitalik Buterin thanked the community and said that the Merge upgrade uses 99.95% less energy than before, reducing worldwide electricity consumption by 0.2%.

Happy merge all. This is a big moment for the Ethereum ecosystem. Everyone who helped make the merge happen should feel very proud today.

What Is the Merge?

It is a long-awaited migration from Proof of Work consensus to Proof of Stake consensus. It happened in two basic steps (there were many steps indeed!); first, the algorithm was tested on the testnet. After the successful implementation, it launched on the Ethereum mainnet. It was officially started by the launch of Bellatrix on September 6, and the network was updated on the consensus layer.

It was followed by Paris, which was implemented in the execution layer. Paris was triggered by a specific Total Difficulty Threshold (TTD). It was required for final block mining that represents the fixed number of blocks that were left to mine until the conversion of Proof of Stake consensus. Finally, the Ethereum Merge has completed on September 15.

Why Is Merge Important?

Merge is considered a milestone in the history of cryptocurrency, and it will provide confidence and optimism about the cryptocurrency and its sustenance. After months of volatility due to various factors, experts believe the Merge will be a new beginning for Ethereum and its community which will be more eco-friendly and energy efficient. Indeed, it is a rare event in the decentralized blockchain crypto world.

What Happens After the Merge Upgrade?

After the Merge upgrade, the Beacon Chain will control the validation process with the Proof of Stake consensus. At the time of writing this post, validators have already stacked 13 million ETH on the Beacon Chain, and it will be merged with the main net and take control of the Ethereum network. Many exchanges have postponed the ETH withdrawal for a few hours, but everything remains the same except the switch of PoW to PoS consensus.

Although the process has been successfully completed, Ethereum now runs on a Proof of Stake consensus, but it has begun a few thought-provoking arguments-

Indeed, it is a great step that makes the process energy efficient, but it has increased the value of PoS cryptocurrencies and reduced the importance of PoW asset classes like Bitcoin. Many people believe that the community’s concern about Ethereum PoW expenses has centralized the ETH with Lido staking solution. If the government shuts down the Lido, then it will be difficult to survive in the future.

How will the Merge Impact Traders and Their Holdings?

The Merge upgrade has been completed successfully and does not impact the users; their ETH-everything will remain the same. However, the miners now have no role to play on the Ethereum network, and 13 million ETH stakeholder (to date) will play their role in validating new transactions. It will enhance the transaction rate but not lower the transaction fees.

A splinter from the ETH blockchain, ETHW has announced a plan for PoW hard fork for miners. It will be completed within the next 24 hours. It will not be launched at the same price as ETH because it is already down by more than 50%. It is difficult to say whether ETHW will survive in the future because if the price does not rise, it will be difficult to attract new investors to the community.

Many market analysts seem to be optimistic about the Ethereum price predictions for the near future, and they believe ETH will replace major coins as well as asset classes like gold and silver. Bull sides expect it will push up the price in the next few years, and people will get some quick bucks.

On the other side, bear teams speculate that the ETH price will be within a range because people still doubt the sustainability of the Ethereum network in the long term. After all, it has changed its base of PoW consensus.

In the USA, the latest CPI report has created a negative sentiment in the global market, and the prices will pull down in the next few months. Even after the Merge upgrade, Ethereum may not perform well in the short term.