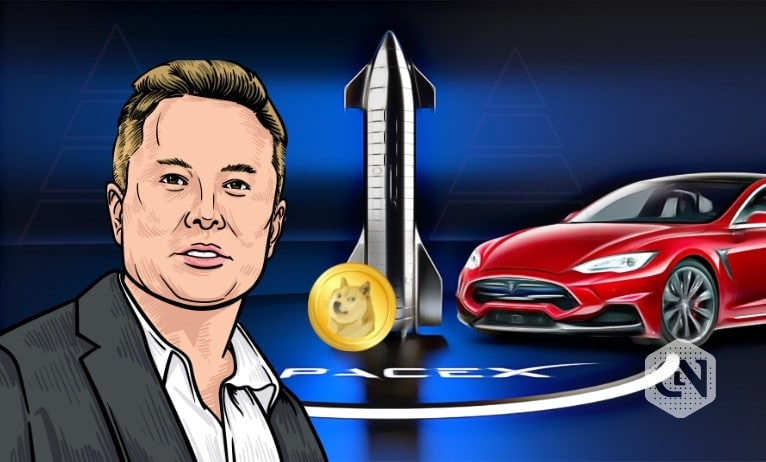 Elon Musk, Tesla, and SpaceX were sued over claims that they are a part of the racketeering scheme to support the most popular digital asset, Dogecoin.

Popular investor and business magnate Elon Musk, along with SpaceX and Tesla, were recently sued on Thursday for $258 billion by a DOGE investor, Keith Johnson. He accused Musk of running a pyramid scheme to back Dogecoin.

The complaint was filed in Manhattan’s federal court, where plaintiff Johnson accused Elon Musk, his space tourism firm SpaceX and EV car company Tesla of racketeering for driving up the price of Dogecoin, only to allow the price to tumble later.

The Dogecoin Pyramid Scheme defrauded Keith Johnson, and the defendants were completely aware that DOGE has no value, yet it was promoted to gain from its trading. Musk used his popularity as being the World’s Richest to manipulate and operate the DOGE Pyramid Scheme for his amusement, exposure, and profit. He also claimed that Musk and his companies make an illegal racketeering block that inflates the price of Dogecoin.

According to Johnson, the defendants deceptively and falsely claim that the crypto is a legit investment when it has absolutely no value. He is also trying to represent a group of Dogecoin investors who have lost their funds while trading in DOGE since 2019. He is seeking $86bn in damages with the addition of triple damages worth $172 bn along with an order to block Musk and his firms from promoting the cryptocurrency and, finally, declaring that trading in DOGE constitutes nothing but gambling under the New York and the US law.

Musk, along with the representatives of Tesla, SpaceX, and the legal counsel of Tesla, did not react to these claims right away. On Thursday, Dogecoin was trading at around 5 cents, and it went down by 67% in 2022, and it had risen to 74 cents in 2021 before the values gave up those profits.