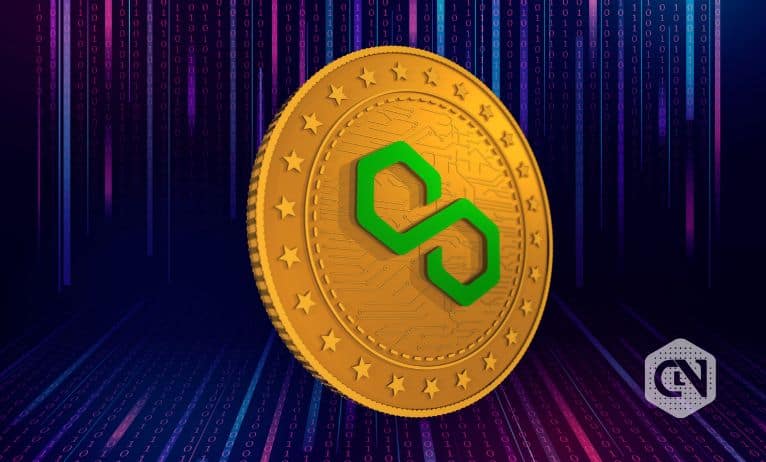 Polygon has witnessed immense enterprise growth in the last month. With major enterprises using MATIC mainnet, it is set to move towards its former glory!

MATIC’s name change has merely affected the name of the blockchain, but the actual token name remains MATIC. Polygon utilizes the scaling, infrastructure, and validation process of the Ethereum blockchain to develop a multiple-chain system, enabling developers to enjoy a full-fledged framework capable of supporting any application. Even Mercedes-Benz has collaborated with MATIC’s mainnet to launch their decentralized data marketplace for enterprise usage, which will be a huge value addition for MATIC in the immediate run.

Polygon (MATIC) has now touched the market capitalization of $6,989,693,013, with 80% token in liquid circulation. This level was touched after a tremendous jump in July 2022, creating a bullish scenario for further price action. August 2022 saw the MATIC token re-attempt to trade above its psychological level of $1, which could be seen as a progressive step to improving the price potential in the coming months.

MATIC price action in the last two weeks has been more towards consolidation, and this action comes as a positive response to the trend breakout achieved on July 18, 2022. The price action remains positive in the short term, but long-term prospects are still under the profit booking effect. Read Polygon price prediction to get more details!

MATIC took over the 100 EMA resistance with relative ease, but the curve itself is in downward momentum, which is enough to indicate the overall trend. MACD has already marked a bearish crossover since MATIC failed to trade above $1. Such a momentum combined with a high trading RSI value will enable MATIC to attempt even the stronger resistance of $1.26. As witnessed during the first buying sentiment at $0.773, the current consolidation of decent volatility remains intact of any negative pressure.

Since there has been a decline in the last three days, RSI has taken a back seat, dipping to 56 from 64. Transaction volume during this time seems to beat as current volumes are merely half of what we witnessed during the first attempt to breach $1.

On weekly charts, the MATIC price action seems to have taken a rally but is undergoing a battle between buyers and sellers as the last week ended in wicks on both the top and bottom sides. The week before the previous one witnessed another wick, and a similar trend is repeated in the current week with just five more days to pass.

The only positive element remaining in this price action is the MACD indicator which has created a bullish crossover indicating the trend to move in a positive direction. RSI on weekly charts is more towards consolidation with slight profit booking. Polygon buyers should take advantage of any dip in value, and prices can take off at any time.