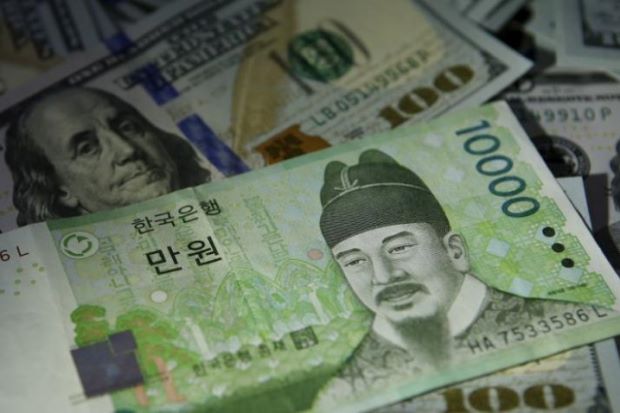 The rise in trade by South Korean investors in foreign stocks and bonds in the previous quarter is threatening to push the Won currency further down.

The rise in trade by South Korean investors in foreign stocks and bonds in the previous quarter is threatening to push the Won currency further down.

An increase of 51 percent was observed in foreign stocks and bond trades by Korean investors in the last three months alone according to data collected by Korea Securities Depository. This has caused the Won to tumble by 6%, caused due to the economic growth slowdown as well as the ongoing US-China trade war.

According to Heo Pil-Seok, the Chief Executive Officer at Midas International Asset Management, the allocation in foreign assets is being increased via a hedge fund. The local assets continue to weaken as fears rise that the prolongation of the trade war will take a more significant toll on the country. The weakening of local assets has helped the increase in demand for overseas investments. The Kospi stock index dipped by over 17 percent in the last twelve months alone and erased all its gain for the year on Friday. Interestingly, global equities have risen to ten percent in 2019.

Samsung Electronics is one of the most prominent constituents of the Kospi index. It also dropped 6.7 percent this month amidst concerns about the ongoing US-China trade war. He said that although foreign investment is not exactly strong, local investors are forced to switch due to the denomination of won currency.

The National Pension Service is the country’s largest investor. It has been at the forefront of acquiring overseas assets. The fund overlooks almost $560 billion and plans to increase its foreign investment by at least 30 percent by the end of 2023. The struggling Korean economy is one of the main reasons for the move towards overseas assets by Korean investors.

The Gross domestic product declined the most in the past decade in the last quarter as a result of weak technology demand and declining investment. Exports have also remained low for the past five consecutive months as the current-account reached a seven-year low at the beginning of the year.

The Won dropped to 1,196.50 per dollar the previous week. This is the lowest it has gone since January 2017. This has caused South Korea to warn its traders from making excessive moves.  Won rose by 0.4 percent on Monday to reach 1,183.25 per dollar.

According to Lee Young Hwa, a senior economist at Kyobo Securities, local investors are not interested in local assets as indicators remain sluggish, creating a won-negative phenomenon. She maintains that the leading cause behind the Won weakness is the global growth slowdown along with the ongoing trade war between the US and China.