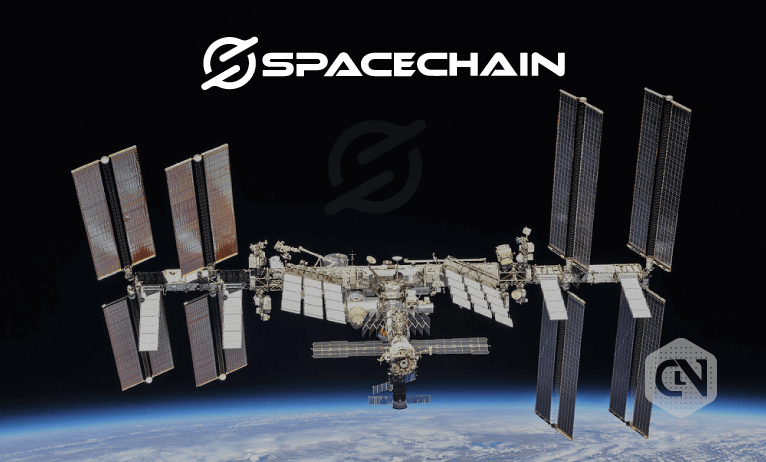 Community-based space platform, SpaceChain has declared that its blockchain hardware wallet technology is headed towards the International Space Station (ISS), onboard a SpaceX Falcon 9 rocket as a feature of the present CRS-19 commercial resupply service mission. SpaceChain combines space and blockchain technologies to build the world’s first open-source blockchain-based satellite network. It was a …

It was a successful launch! The space node is now bound for the largest man-made object in space, the @Space_Station!#BlockchainISS #space #blockchain #technology #satellite pic.twitter.com/IGBDL9eNNI

Moreover, the presentation on the International Space Station is the first of its kind and will be established in Nanoracks commercial platform. This ISS demonstration assignment was facilitated through Nanoracks and their Space Act agreement with NASA.

“The third payload launch is a significant milestone not just for SpaceChain but also toward the development of the New Space Economy. The integration of space and blockchain technologies has uncovered new possibilities and opportunities and we are very excited about the prospect of working closely with financial service providers and fintech developers, IoT service providers, research institutions and space agencies in the coming months to further accelerate advancements within the ecosystem.”

At the beginning of 2019, SpaceChain was granted funding by the European Space Agency (ESA) on condition that for their satellite blockchain technology, SpaceChain needs to identify and develop business use cases. Furthermore, the testing of the hardware wallet on the International Space Station is anticipated to be finished by the beginning of 2020.

All information will be directly uplinked and downlinked through Nanorack’s commercial platform. Moreover, SpaceChain’s execution adds to the remoteness and security of space infrastructure to blockchain technology to establish the foundation for the new generation of products.

SpaceChain co-founder and CTO, Jeff Garzik, said, “Blockchain is the next major disruptor in space,” and further explained that SpaceChain acknowledges the security vulnerabilities in the financial system and digital assets in the developing digital economy. He also added that with the amalgamation of technologies, new areas could be developed and new avenues can be explored.

This accomplishment enhances the objective of SpaceChain to push the adoption of global technology from land-based centralized frameworks to universal “space-as-a-service” platforms, which are accessible to current organizations.