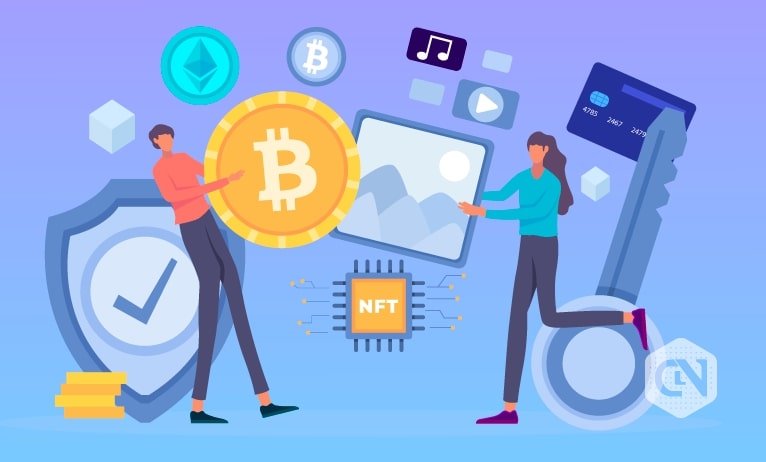 Tokens are a form of currency in the new decentralized cryptocurrency, Blockchain, and NFT ecosystem and represent something or carry some value.

The advent of blockchains, NFTs, and cryptocurrencies has gained tremendous momentum in recent years leading us to believe that tokenization is the inevitable futuristic monetary technology that the world will take no time to adapt. The concept of tokenization as a form of currency is not new and has existed among humans in history as well.

Fundamentally, tokens represent something or carry some value in the monetary ecosystem. Similar to gold and paper money, which represents the conventional financial system, tokens (created on a tokenization platform such as Tokel) represent the commercial value of the novel decentralized cryptocurrency system.

A tokenized system and tokenization is quite an ancient concept with case studies and examples available in the ancient historical period. Coins, banknotes and casino chips have been excessively used in the past which denotes a legal ownership right of the given currency. These are excellent examples of the physical and historical tokens used as real money, something which comes with monetary value.

When did digital tokenization start?

One of the earliest cases, when digital tokenization was first agreed upon, was in 2001 by TrustCommerce.

TrustCommerce used digital tokenization to protect the information of credit cards. One of their clients, classmates.com, did not wish to store personal and sensitive data of their customers’ credit cards on their server. To deal with the issue, TrustCommerce came up with the concept of digital tokenization and used tokens for referencing transactions in the best interests of classmates.com. This allowed payments to be made in safe and reliable processes without requiring to store payment or cardholder information.

10 Examples of tokenization throughout history

NAFTA and EU are a few of the collaborative unions that have established a landscape where every state or country would operate with the same digital coin and hence would share the exact structure of the monetary economy.

Nevertheless, a slight recollection of history would tell us about a world where the economies were not centralized with differing tokens or currencies. Essentially, this is how cryptocurrency or digital tokenization works—an array of digital coins competing for economic wealth and strength.

Electronic currency is not a new concept; it also existed back in the 1900s. It was the WIR Franc currency, founded by Paul Enz and Werner Zimmermann. WIR Franc was created owing to global financial instability and currency shortages. The currency reflected the clients’ trading account, electronically and paper money was absolutely out of the scene. WIR Franc is used in Switzerland and functions as an autonomous currency system. It serves over 60000 accounts and aids in business and commerce in different sectors such as manufacturing, hospitality, retail, professional services, and construction.

In simple terms, tokenization involves taking a currency or an item and assigning monetary value.

Shifting to the use of digital tokens does not necessarily imply it is a new currency. People have been using tokens ever since the idea came out. For instance, when money was not a priority, people valued necessities and essentials such as food and warmth, and Buckskins was the currency used for trading. Buckskins as a currency was during the onset of the US, and it was valuable since it was used as tarps, rugs, blankets, water skins, and clothes.

Mirrors have no monetary value in the present, but there was a time when mirrors were relatively rare, valuable, and expensive. During 600 BC, people used silver, lead, gold, bronze, and copper mirrors. These items were exclusively used and held by the rich and had tremendous value. Such mirrors would be exchanged for other commodities of equivalent value, and sometimes, they were traded for fulfilling certain services.

Historically speaking, not many people visited the ocean or experienced the beauty of open seas. Due to this, seashells became a valuable commodity that was also widely used as a currency. Seashells were not only used for making clothing and jewelry but were also traded for other commodities of equivalent value. Shells were used as a currency straight away because of the unique look they carried and the rarity of the species that still had not mastered international travel.

What is fascinating is that European and Chinese communities in the fourth or fifth century BC used shells as bargaining chips. Even after shifting to the use of metal coins, these communities would still print the design of the shells on them.

One such special kind of seashell was the cowries. These were popular and commonly used as bargaining chips for more than 700 years in the Indo-Pacific, Arabia, and Africa. These cowries lead to the development of the appalling slave trade.

Although Tobacco use is detrimental to human health, it was a great tradable good in the past. This was because tobacco was smoked and burnt for enjoyment, and sometimes, it was used medically; hence, it was bought and sold in huge quantities. Tobacco was precious and was considered the financial foundation of the entire economy for centuries.

Metal coins were scarce in the seventeenth century, and due to this, many states like Maryland, North Carolina, and Virginia started making superior quality tobacco to be used as currency.  Back then, the price of tobacco was 3 shillings, and in fact, it was considered legal tender in 1642. The tobacco currency system was abolished in 1727 since the price started to fluctuate erratically.

One would not believe that salt was also used in trading in the past. Since salt is readily available today, it is hard to believe that the commodity was rare and held a significant value. Hence, it was traded as a commodity that had value and held wealth. Because of its medicinal properties, it was also used in different medicines, which only added to the value of the commodity.

In the past, the base of trade routes between the Mediterranean Empire and the Phoenicians was salt. While in Tibet, Marco Polo found small salt cakes in the picture of the Grand Kahn, and the salt cakes were used as a currency. Even today, Ethiopian nomads, Danakil Plains, are still seen to exchange different commodities for salt reserves.

Next on the currency list is cattle. Before people started using gold or paper money for trading and determining the financial base of an economy, the size of the cattle flock was considered to determine the same. As we all know, cattle help in many ways. They provide food, help in farming, and can also be consumed as meat. Hence, it is not impossible to believe why cattle and animals alike were used as a medium of exchange since large horses or cows were worth everything exchanged for it.

In many cultures, there are norms like dowries or offerings involved in marriages and deals. The dowries would be paid in the cattle, representing an equal value to the wife offered in a marriage or deal presented.

One of the first official currencies used in history is the Sumerian Barley currency. Barley was used in around 3000 BD, and it would be exchanged in Silas (one liter approximately) for equivalent goods or services. Coins came into being about 2000 years after this. Hence, for more than 2 millennia, Barley or flour was used as the main currency. Isn’t that unbelievable?

One may wonder how a loyalty program can be used as a token. Loyalty programs are available even today in different forms, and they use points or tokens that give the consumers something of a certain value that can be utilized in the future. These points or tokens are not exactly the conventional money we know of, nor is it centralized. It is completely tokenized in a more distilled form.

Around the eighteenth century, many American retailers and vendors would give their consumers copper coins for future purchases as guaranteed discounts. Just when these loyalty coins became costly, the retailers gradually shifted to the practice of loyalty stamps. It was Green Shields who came up with this concept of loyalty stamp program that paid consumers with redeemable and guaranteed catalog purchases.

By the end of the 20th century, several brands put up literal tokens on their goods that could be redeemable. In 1981, the 1st full-scale modern loyalty program started to take shape in the Frequent Flyer Program of American Airlines, having more than 50 million purchases.

To conclude, it has already been proven in this article that physical tokens or coins have been extensively used in the past for a significant amount of time in the form of currency. Even when one ignores the historical data and examples, banknotes, coins, and casino chips can still prove the same since they are currently being used as tokens. These tokens are a sign of legal ownership rights and reveal the absolute potential of tokenization. All in all, it is entirely wrong to believe that tokenization is a silly or radical concept in its infant stage since tokens have been in existence for millions of years now.

Tokenization is currently being used to improve blockchain technology to offer similar standards present in the conventional financial sector. It enables blockchain cryptocurrencies and firms to develop ecosystems, encourage more adoption and foster the trading community.