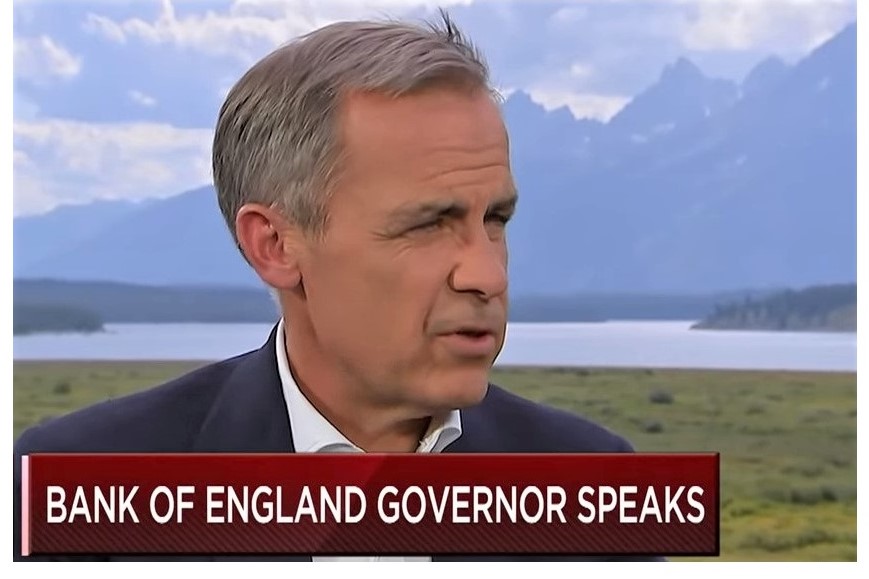 In this interview with CNBC, Bank of England governor Mark Carney explains his radical proposal for an overhaul of the global financial system that would eventually replace the dollar as a reserve currency with a Libra-like virtual one.
“A Synthetic Hegemonic Currency (SHC) could dampen the domineering influence of the US dollar on global trade. If the share of trade invoiced in SHC were to rise, shocks in the US would have less potent spillovers through exchange rates, and trade would become less synchronised across countries. By the same token, global trade would become more sensitive to changes in conditions in the countries of the other currencies in the basket backing the SHC,” Carney said in his speech at the Jackson Hole Symposium on August 23, 2019.
He added: “The dollar’s influence on global financial conditions could similarly decline if a financial architecture developed around the new SHC and it displaced the dollar’s dominance in credit markets. By reducing the influence of the US on the global financial cycle, this would help reduce the volatility of capital flows to EMEs [emerging market economies]. Widespread use of the SHC in international trade and finance would imply that the currencies that compose its basket could gradually be seen as reliable reserve assets, encouraging EMEs to diversify their holdings of safe assets away from the dollar. This would lessen the downward pressure on equilibrium interest rates and help alleviate the global liquidity trap.”
However, Carney acknowledged that there would be many execution challenges, not least the risk of fragmentation across Digital Currency Areas.
“But by leveraging the medium of exchange role of a reserve currency, an SHC might smooth the transition that the IMFS [international monetary and financial system] needs,” the Governor concluded.