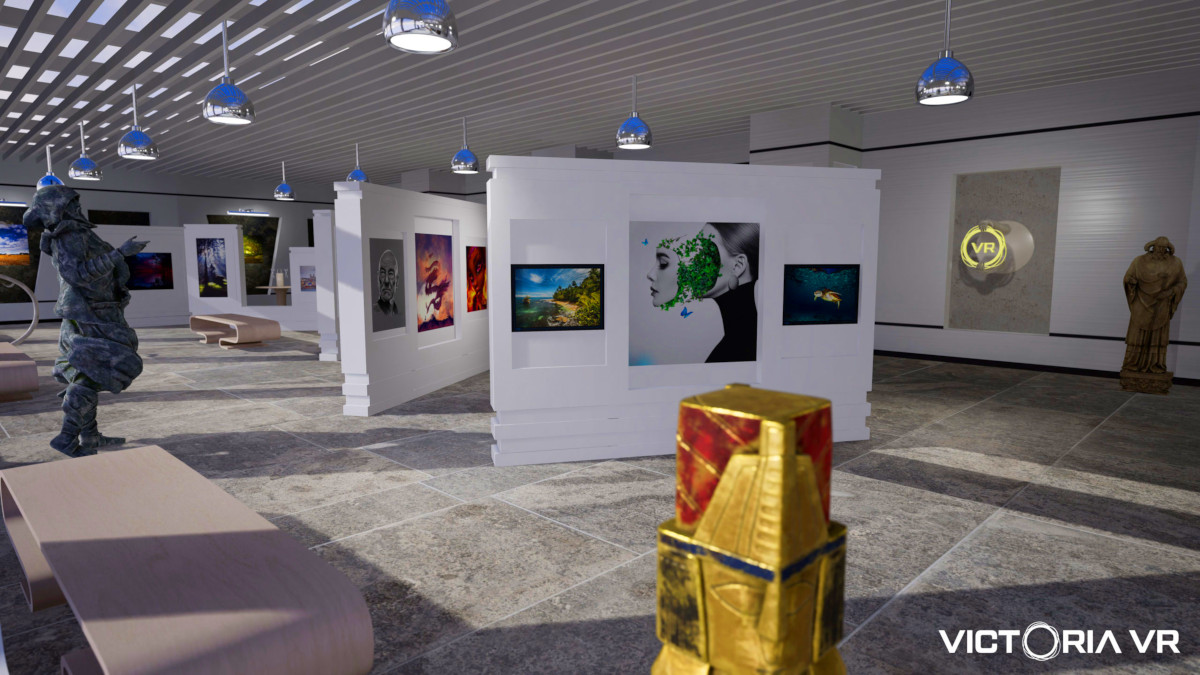 STARL is the native token in the Starlink Metaverse that will be used as the primary medium of exchange, enabling users to trade and modify in-game assets.

You can purchase STARL on Uniswap, OKEx, ShibaSwap, and more.

Launched in October 2021, Bloktopia is a decentralized Metaverse built and backed by the Polygon network. By using the world’s most advanced real-time 3D creation engine, Unreal Engine 5, Bloktopia will be able to achieve some of the highest quality Metaverses ever built.

In addition, Bloktopia will feature an NFT collection currently in development. BLOK is the native ERC-20 token to the platform, which will be the main currency in Bloktopia.

You can purchase BLOK on KuCoin, QuickSwap, DODO Polygon, and more.

Launched in June 2018, CEEK VR is looking to become the future of music publishing and streaming. It includes a patented VR headset currently available at major retailers like Best Buy and Target. In addition, CEEK VR features artists like Lady Gaga, Demi Lovato, Ziggy Marley, and much more. In addition, CEEK VR will feature CEEK CITY, a VR stage for live performances.

The CEEK token is the native ERC-20 asset to the CEEK VR platform. The CEEK platform enables various ways for creators to earn tokens, including creating custom coins for artists, creating digital merchandise, and much more.

CEEK has one of the most robust marketing campaigns in crypto, with the CEEK VR 4D headphones appearing on The Ellen Show in November.

You can purchase CEEK on PancakeSwap, Gate.io, MEXC, LBank, and more.

Launched in December 2021, Victoria VR is an immersive, realistic Metaverse powered by the Unreal Engine. Victoria VR is looking to leverage the latest technological innovations to forge meaningful businesses partnerships in the future.

Victoria VR is the first blockchain-based MMORPG built-in virtual reality with realistic graphics according to their whitepaper. All assets in the game will be tokenized and registered on the blockchain as NFTs. Users will be able to trade their NFTs on The Big Market VR.

Victoria VR is looking to combine Gaming, Shopping, Sporting Events, and more into its Metaverse. VR is the native token to the Victoria VR platform used as the native currency.

In recent news, Victoria VR announced on Twitter their partnership with Dell. On January 20th, Dell will join Victoria VR for a live stream to discuss their strategic partnership and plans for the future.

You can purchase VR on KuCoin, Uniswap, and BitMart.

UFO is the native token to the platform, serving as the native utility token for the Dark Metaverse.

You can purchase UFO on Uniswap, KuCoin, ShibaSwap, and more.

Launched in August 2021, Radio Caca (RACA) is a DAO and the exclusive manager of the Maye Musk Mystery Box NFT. Radio Caca features the native token called RACA, serving as the native currency on the platform and in the Universal Metaverse.

The Universal Metaverse (USM) is a 3D world enabling users to own land, play games, and build stores and art galleries. Their Metaverse will feature a Google Earth-like UI where users can zoom in and out and travel around the 3D environment.

Radio Caca’s Metamon game features the play-to-earn model built on the Binance Smart Chain. Metamon features various in-game items, which are all NFTs. The players have full ownership over their NFTs and can freely trade them on the market.

RACA is one of the hottest Metaverse coins because of its partnership with Maye Musk. In addition, their USM is comparable to Decentraland even though it’s still in its infancy.

You can purchase RACA on PancakeSwap, Poloniex, OKEx, and more.

Launched in June 2021, Metahero is dubbed “the gateway into the Metaverse.” Metahero is building the next-generation Metaverse experience enabling users to scan themselves and other real-world objects into the digital realm.

What makes Metahero unique is its partnership with World Digital World, the inventors of 16k 3D modeling technology. WDW is a renowned provider used by CD Project RED, the team behind Cyberpunk 2077.

Metahero is looking to onboard the next 10 million users to the Metaverse using their ultra-HD photogrammetric scanning technology. Players will be able to create their highly-realistic 3D avatars and scan and create 3D NFTs easily. HERO tokens are the native currency on the platform that will be used as the primary form of payment for their marketplace and any other transactions.

Metahero is one of the most underrated projects on this list and definitely worth keeping an eye on in 2022. It also has the strongest community support with consistently high trading volume.

You can purchase HERO on KuCoin, PancakeSwap, and more.

Initially launched in 2017, WAX is one of the best blockchains currently available for Metaverse crypto coins. WAX stands for the Worldwide Asset eXchange™, and due to its Proof-of-stake consensus mechanism, WAX is considered the world’s most eco-friendly blockchain for Metaverse coins.

In addition, WAX features a wide variety of games on its platform, including Alien Worlds, currently the most popular NFT Metaverse game on the market, boasting over 1.2 million users in the past month.

WAX is perfect for new users that don’t want to deal with the technical aspects of setting up a browser extension or a mobile app. Users can easily set up their WAX cloud wallet and log in with a service like Google, and get started right away.

WAXP is the native token to the WAX blockchain. As one of the most popular blockchains for Metaverse crypto coins, WAX’s current market cap of $772 million could easily double or triple in 2022 especially considering projects like Enjin Coin and Theta Network multi-billion dollar valuations.

You can purchase WAXP on Binance, Bittrex, KuCoin, Crypto.com, and more.

Disclosure: This is not trading or investment advice. Always do your research before buying any Metaverse coin.