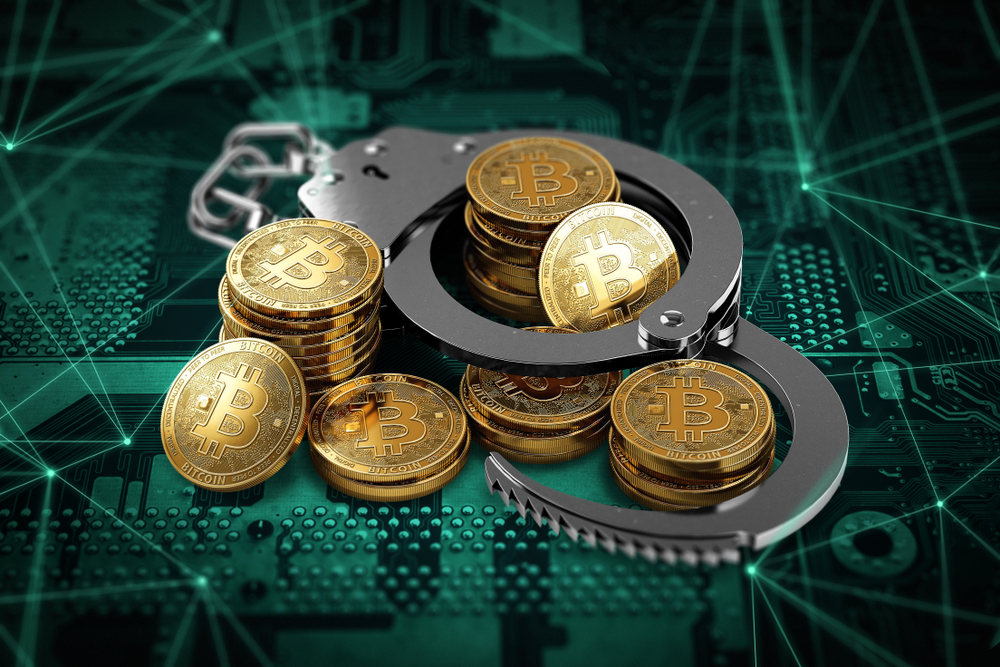 Criminals still tend to favor Bitcoin and other cryptocurrencies to mask their activities. That is not an advisable course of action, as most of these currencies lack both privacy and anonymity features. Over 300 BTC was confiscated by the UK police after they arrested a notorious drug dealer and money launderer. Another Bitcoin Criminal Gets …

Criminals still tend to favor Bitcoin and other cryptocurrencies to mask their activities. That is not an advisable course of action, as most of these currencies lack both privacy and anonymity features. Over 300 BTC was confiscated by the UK police after they arrested a notorious drug dealer and money launderer.

Another Bitcoin Criminal Gets Punished

Anyone who understands how Bitcoin works at its core knows it is not a tool for criminals. Its real-time transaction monitoring capabilities do not require extensive software knowledge to be used. In fact, it is perhaps the only viable anti-crime tool in the financial sector today, mainly because it can be tracked easily. Additionally, a growing number of blockchain analysis firms have proven adept at linking Bitcoin transactions to real-world identities.

One criminal in the United Kingdom has been relying on Bitcoin to mask his activities for some time now. Sergejs Teresko was arrested on suspicion of money laundering and drug offenses. Although his arrest occurred in 2017, an interesting plot twist arose earlier this week. Teresko had assumed his profits – stashed away in Bitcoin wallets – would be waiting for him when he got out of jail after serving his nine-year sentence.

That will not be the case after all. The judge presiding over this case ruled that the holdings owned by Teresko needed to be forfeited. A total of 1.45 million pound sterling worth of cryptocurrency, cash, and other holdings have been forfeited by the UK police. While some people may consider this to be unlawful, the judge pointed out that the Proceeds of Crime Act does not exclude Bitcoin.

Considering that Teresko maintains he is not guilty of money laundering, cultivation of cannabis, and possession of articles for use in fraud, this case seems far from over. Although his sentence is already being executed, the forfeiting of his Bitcoin holdings will set a remarkable precedent. It is the first time such a development has taken place within the United Kingdom. The country’s legal system makes it clear that Bitcoin is not to be used for criminal purposes, which is a positive sign.

Until the case is fully resolved, the Bitcoin holdings will remain under the control of the UK police. It is unclear how things will unfold afterward, as it seems unlikely the government will hold on to these Bitcoins in their current form. It is possible the currency will be sold at auction or perhaps dumped on the open market. No further specifics have been provided in this regard.

This is another example of how using cryptocurrency for crime will eventually lead to one’s downfall. That fact often goes by unnoticed by most people. The negative aspects of Bitcoin always make the headlines, yet the news tends to overlook the pitfalls of criminal activity involving cryptos.