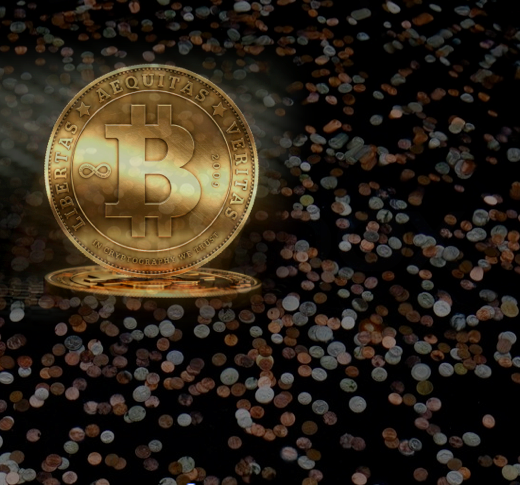 Bitcoin currency exchange operates in a similar way to banks. Just like in a bank, you have to deposit a certain amount of money in your account, but in th

Bitcoin currency exchange operates in a similar way to banks. Just like in a bank, you have to deposit a certain amount of money in your account, but in this case the money you deposit should be in a currency or currencies which the exchange supports. The person depositing the sum of money would then on his own account use that currency to engage in trading with thousands of other traders on the market who are also registered on the exchange. After a profit is made, the user withdraws his money and comes back to trade another day.

Unlike traditional trading transactions, when you talk about making a currency or rather cryptocurrency trade on Bitcoin exchanges, there are no immediate risks of losing money because other traders haven’t stood up to their part of the deal. You will only stand to lose money if the Bitcoin exchange itself is involved in fraud or some other legal issues.

Exchanging is initiated by placing either “buy” or “sell” orders. These orders are then matched with other orders via the exchange system. ‘Buy’ orders are also known as bids and are offers to buy a certain number of Bitcoins. “Sell” orders are referred to as ‘asks’ where a trader offers to sell his Bitcoins for a minimum price per Bitcoin in the market. If the buy price of a buy order is more than the ask price of the sell order, a digital currency exchange is established and both bid and sell orders can be eliminated from the ‘order book’.

It is important to understand that exchanging a cryptocurrency like Bitcoin for other types of currencies could lead to some issues pertaining to chargeback fraud. Particularly, automated payment methods like credit cards and payment gateways, such as PayPal, through which you can get a 90-day chargeback facility after the transaction is done.

On the contrary, Bitcoins are considered a hard currency, which means that if you spend them, you will not be able to get those Bitcoins back through pulling. In essence, if you initiate a Bitcoin trade for a soft currency trade, (such as PayPal) you stand the risk of a chargeback after you trade your Bitcoins.

The person buying your Bitcoins can file for a chargeback by declaring the non-receipt of the Bitcoins or if the buyer is using a stolen account, the true owner of the account might reverse the charges because he hasn’t made any transaction, resulting in a loss for you. This is why it is important that you trust the person you trade with.

A few years earlier, when Bitcoin was still in its infancy, the digital currency indicated a strong fluctuation in exchange rates and prices, which ranged from $50 to $266. However, it was in 2013, that Bitcoin indicated a rather stable progression in its exchange rate. According to the statistics provided by ConvertHub, the exchange rate for Bitcoins stood at $959.58 in February 2014.

Bitcoin has been a subject of much criticism from various economists who claim the only thing it does is bubble around itself, something which is vaguely similar to what happened before the housing market collapsed. However, no one can deny that Bitcoin has indicated a great tendency to fluctuate massively.

On the other hand, due to growing instability in the global economy, many consider Bitcoin to be a reliable and progressive investment vehicle compared to other well-known currencies. While access to Bitcoins is getting convenient by the day, more people are buying and selling Bitcoins and the availability of that access serves to be prime source of unpredictability and inconsistency in the prices of Bitcoins in the market.

Due to bans on Bitcoin converts imposed by governments around the globe, most notably the US government, it can now be difficult to convert your Bitcoins into US Dollars. This has, in turn, led to a massive instability in the price of Bitcoins pertaining to its geographical integrity, which ironically has become a problem for the currency which was created to be free from borders.