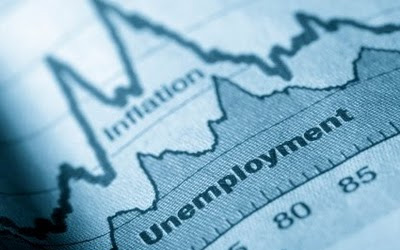 A look at the marked effect that US nonfarm payroll data has on currency price movements, and a strategic guide to trading these releases.

One of the most important events in the economic calendar for forex traders is the release of the U.S. non-farm payroll (NFP) report. This report, which is one of the key economic indicators for the United States, represents the total number of people in paid employment, excluding government employees, farm employees, employees of nonprofit organisations and private household employees.

The release of this report, which occurs on the first Friday of the month at 8.30am E.S.T. almost always causes large price movements in the forex market, and as a result it is widely anticipated among analysts, funds, traders, and investors. Because of this, it frequently causes big price swings, as you can see in the diagram opposite, even if the number is broadly in line with forecasts. Here, we will show you how to trade this move without getting wiped out by the massive volatility it can generate.

A Strategy for Trading the NFP

Due to the irrational volatility they can create, trading news releases such as the NFP tends to be quite a high-risk activity, but if you can pull it off, it can be very profitable. The key is to wait for the big price swings that occur in the minutes after the announcement to subside, and try to capture the rational price movements that follow them. The release of the NFP almost always guarantees that a tradable move following the announcement, but it is very difficult to anticipate the direction that this will take beforehand. Therefore, it is better to wait and see how the market is reacting before making a move, and try to capitalise on this movement.

Generally speaking, the release of the NFP has a marked effect on the prices of all the major currency pairs, but the effect tends to be particularly pronounced on the GBP/USD. The strategy that we are going to use can be traded off five or fifteen minute charts, and due to the fact that signals will differ between these charts, it is best to stick with one or the other once you have started using one.

Things to Look Out For

Although this strategy has the potential to be very profitable, there are a few things to watch out for. For example, the market might move very aggressively in one direction, but this move could run out of steam before we get to the inside bar signal. Also, the high volatility of the forex market means that price movements could reverse very quickly even after a pattern appears to have been established, so it’s vital to have a stop in place.

Essentially, the thinking behind this strategy for trading the NFP number revolves around waiting for the inside bar, which can be considered a small consolidation, after the initial volatility expressed in the first bar has faded and the market has chosen a direction. Using a moderate stop to control risk, there is the potential to take a large profit from the big move that usually occurs after the NFP number goes out.