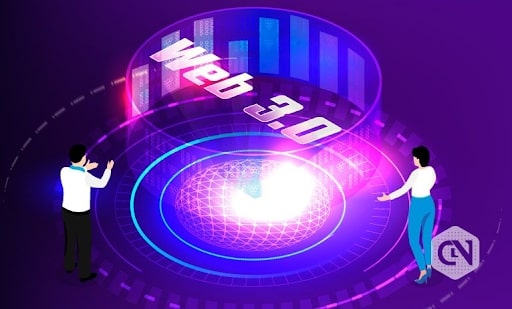 Why Web 3.0 needs PriFi? Go through our article and know about it, as PriFi (Private Finance) used in projects like Haven, Monero, Oxen, and more for users privacy.

Take the Web 3.0 movement as an example. Web 3.0 aims to be a peer-to-peer internet with no single authority. It’s touted as the next evolution of the internet, focusing on information accessibility, decentralization, and fairness for those who use it. Centralized servers will be historical artifacts, replaced by decentralized information, distributed amongst many computers across the globe.

Users who interact with Web 3.0 will no longer be the primary monetization points of large companies. Instead, they will have the ability to take ownership, no matter how small, in the programs they use.

The idea is to make the internet more ‘open source’. It is not only to distribute fairness and allow users to control and choose how their data is managed but also to distribute the risk associated with centralized control. That risk, which comes in the form of hacks, server outages, and control of data, is given back to the people who use the programs. In cliche fashion, Web 3.0 is more for the people, by the people.

And the foundation for this movement rests on blockchain technology, with transactions, interactions, and data flowing through smart contracts. But blockchain comes with a number of critical issues. Many of which lie under the surface of explosive gains in monetary growth, NFTs and meme coins. Ultimately, the critical issues that lie in the foundation of Web 3.0 are, in many ways, flawed to the point of potential catastrophic downfall.

To understand why Web 3.0 is at such risk and to ensure we as a collective choose the right steps that will cascade towards strengthening this decentralized foundation, we must first ask a very important question.

Do We Really Want Complete Transparency in Web 3.0?

Or do we really want the transparency we have now in Web 3.0? According to AHawk, a Haven Protocol contributor as well as cryptocurrency investor & enthusiast, the answer is not as simple as it may seem. AHawk believes in the Monero-based private stablecoin ecosystem that will revolutionize the way people protect their financial privacy and their interaction with crypto in future. While transparency is generally considered a good thing, unrestricted transparency can wreak havoc on the lives of people who interact in that ultra-transparent system.

It may be the result of what you’ve said, who you decide to partner with (in life or business), or where you decide to spend your money. Regardless of the initial reason for negative consequences, the consequences are there, and they are real.

Doxxing. Hacks. Frozen bank accounts or worse depending on where you live in the world. Complete ostracization from society, your friend’s circle, or your family are possibilities. Jail time and even death are the realities that many face around the world should their private transactions, beliefs, or views become known.

And yet we are rapidly building this transparency into the very blockchains that the Web 3.0 future rests upon. As a quick example, on-chain data can clearly show where you’ve transacted from and with what addresses you’ve transacted with. Not only do hackers have the ability to dive deeper, threatening the wealth you’ve built in the cryptocurrency world via manipulation, but a little government compliance pressure on a centralized exchange can easily reveal bank account details and who you really are.

Naturally decentralized exchanges (DEX’s) and applications (dApps) aim to help solve this – but the problem with the democratic function of smart contract-based commerce in Web 3.0 is that it’s not private. All smart contracts are publicly observable. While the code and the contract cannot be directly tampered with, it leaves both sides open to becoming targets through coercion or manipulation.

Without privacy built into the applications and transactions themselves, these are all at risk in one form or another. It’s one of the reasons we need privacy in the blockchain.

The role of government has been debated and fought over in many ways. Ideally, governments are admirably utilitarian at their core function, ensuring that even the lowest and least able in society are served and protected.

Ensuring that there is law order and that people and businesses can thrive within a certain set of boundaries. Boundaries that, from a societal perspective, provide the greatest good for the greatest number of people.

In theory, this is admirable makes complete sense, and the challenge lies in applying and interpreting what is in the “best interest” of the people or government. Unfortunately, this is where governments always overstep the boundaries.

To fight the “war on drugs,” the “war on terrorism,” or the next pandemic, governments consistently overreach in what they claim is providing the greatest good for the greatest number of people.

Because of fear, we as a society give up freedoms (think lockdowns to combat pandemics), give up information (think AI facial recognition to combat terrorism), and the potential for true financial freedom (think transaction data to combat fraud) to fight the “war on ______.”

While this is mostly done with good intentions, without fully understanding the complexity of our decisions, we find ourselves in a world where Facebook or Amazon knows more about you than you do (they share that data with others). Or where a bank can freeze your account, credit card, or ability to withdraw cash – without question if they suspect anything strange about your account. The suspect is all they need, and they don’t even need proof.

Blockchain is no different. As centralized currencies and exchanges are subject to increased regulations (in the name of fighting the “war on money laundering, terrorism, and fraud”), so will cryptocurrencies with little to no privacy face the same type of pressure.

As it currently stands, most centralized exchanges, cryptocurrencies, and applications do not offer privacy or protection when it comes to your financial transactions.

Only privacy-focused cryptocurrencies offer protection from this, giving you the financial and transaction freedom that you deserve. While good intentions may be behind the initiatives to “protect you”, what ultimately ends up happening is we lose our freedoms and ability to thrive.

Imagine a fully thriving Web 3.0 ecosystem built on the foundation of blockchain technology. The future of the internet, providing everyone with peer-to-peer access, distributed application ownership, information decentralization, and fairness for those who use it.

If this sounds familiar, it should. This is our current situation (Web 2.0), where big tech, data breaches, government oversight, and financial transparency are at their highest levels. Unfortunately, without change, this is also the Web 3.0 built right now. Why not then choose an alternative? An alternative that gives you a choice.

Private finance (PriFi) allows you to do just that. The collective term is used for blockchain and cryptocurrency projects like Haven, Monero, and Oxen; private finance is about projects that are leading the way in protecting blockchain transaction data with essential technologies that give you a choice. If Web 3.0 is truly about peer-to-peer democratization of finance, the internet, and ownership, then the choice of privacy must play a part.

The Future Of The Internet and Web 3.0

The future of the internet is still up in the air. Decentralization, freedom, privacy – these are not elements of a future internet that are guaranteed.

Yes, we are rapidly advancing into the future with an exciting Web 3.0 narrative of what the future might bring. Yet, most blockchain protocols and cryptocurrencies carry challenges from the past. We are trying to overcome the very problems and underlying challenges from our current internet structure in this new iteration of the web.

Privacy is one of those challenges. PriFi and the projects and protocols that give you a choice are the solutions. There are projects like Haven, Oxen, Monero, Dero, and more that have built privacy into the very fabric of their projects. Who is fighting for private finance, PriFi’s future?

In the future, they believe you should have a choice in what financial data you want to share. How much transparency do you want to have?

The question is, will you choose to join this future, join the community, vote with your wallet, and help advance privacy in the digital age? Or carry on with the current path we are on? Ultimately, the choice is yours. I hope you choose wisely.