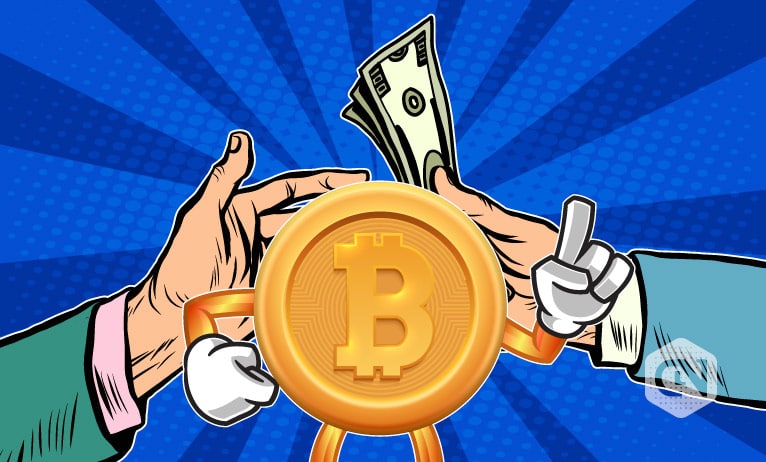 Nayib Bukele hit out at the US Government over restricting the freedom of its people for choosing a financial system.

As the Crypto community celebrates the rise in its acceptance, many experts are still presenting contradictions. Replacing fiat currencies with an upcoming blockchain-based digital currency sounds like pure science-fiction. However, if things go well, then everyone may soon be transacting more with Cryptocurrency.

Speculators are said to be riding on the hope that Cryptocurrencies are best only because they serve the purpose of yielding better returns. One concrete economic logic that dictates this equivocal hope is that something generates – long-term – returns if it has a valuable purpose of offering useful services.

Crypto networks have taken a note and kick-started working on Web 3 solutions. A lot of efforts are being invested in launching products that deal with Metaverse, DeFi, NFT, and digital trading with live price feeds from a broader market.

Bitcoin, specifically, continues to attract everyone’s attention. For one, it is the highest valued digital currency in the world. Second, many people still quote Bitcoin instead of Cryptocurrency in their arguments.

While other countries debate if they should look to welcome decentralized innovation, El Salvador has already taken a leap. A country in Central America, El Salvador, legalized the use of Bitcoin in the previous year. This brought Bitcoin on par with its fiat currency.

Community members recognized this growth with utmost zeal as economic experts continued to rain arguments from their side. These arguments were related to Cryptocurrency bringing imbalance in the currency circulation and thereby increasing the margin in the fiscal deficit.

Citizens responded to El Salvador legalizing Bitcoin by only leveraging the bonuses that were announced in a bid to promote Bitcoin transactions. Reportedly, 91% chose to stay with the fiat currency, and others opted for Bitcoin.

Chivo, the Government’s digital wallet, went downhill when people signed up only to claim the bonus of $30. Many users never returned.

Yet, El Salvador appears to be standing strong on its decision to increase the reach for Bitcoin adoption. The Government has launched a 10-Year Bitcoin Bond. Even though this is in response to covering the fiscal deficit and a hit to sovereign bonds, the launch signifies how far the government is willing to go.

Nayib Bukele, President of El Salvador, remains unmoved by criticisms against the adoption of Bitcoin. He even tweeted, stating that El Salvador stood for freedom. He took a moment to compare the situation with the United States Of America by hitting out at their Government, saying that it does not stand for freedom.

Other tweets published and shared by Nayib Bukele highlight the strong position of El Salvador in terms of Crypto adoption.

One of the reshared tweets said that the prices of petrol were decreasing, but the same was not the case in their countries. This was in correlation to El Salvador becoming a Crypto country.

In a tweet published by Nayib Bukele himself, he assured that Volcano Bonds were very much real, and the delay was only because of a minor setback in the internal pension reform.

Whether countries should go the crypto way is a question that many continue to ponder day and night. Digital currencies have a history of being used for terror financing and money laundering. Unless these are addressed and resolved by the networks, the majority of the countries may stay away from the legalization of Bitcoin or any other Cryptocurrency.