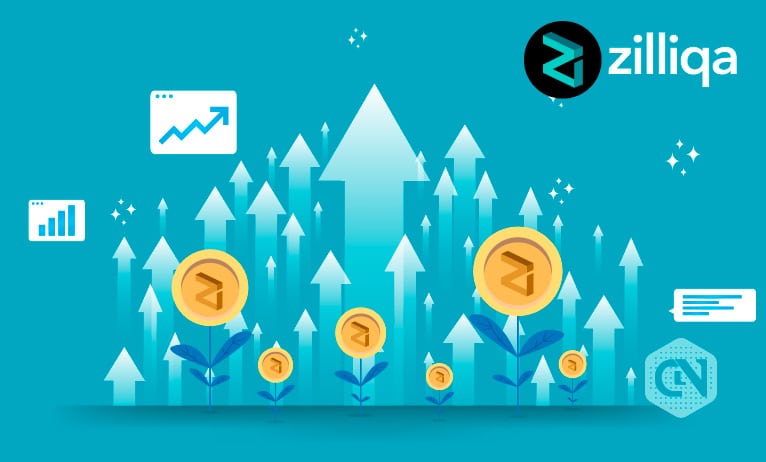 ZIL crypto token is the native currency of the Zilliqa blockchain that offers high throughput with the technical backing to complete thousands of transactions per second. Taking the idea of using sharing as a second layer scalability solution has helped Zilliqa outgrow its competition in terms of transaction volumes and ZIL addresses, indicating a wider acceptance by the mass population. As of 2022, it serves the decentralized applications community, NFT community, institutional transactions, and many other groups. Another advantageous offering of ZIL has been stalking and yield farming which allows individuals holding ZIL tokens to earn more benefits apart from its natural market value.

As of March 2022, ZIL has been working on developing a metaverse community that would serve as a service platform, named similarly to the DC Universe fictional city of Metropolis. Ever since the news of ZIL working on the launch of Metapolis metaverse, the value of ZIL has skyrocketed to over 100% in a single day. However, this gain is minute as compared to the loss of market value ZIL has undergone since May 2021. Currently, the market capitalization of ZIL took a significant jump after bouncing over 100% value on March 26, 2022. While this could be just to feed the hype around ZIL’s Metapolis event launch, we can further expect Zilliqa to stabilize to counter the possibility of a pump and dump situation going on at ZIL token.

The price trend indicates a clear breakout pattern with ZIL overcoming both short and long-term moving average curves in just a small instance. ZIL would thus be moving towards its resistance levels back on the support from its 50 DMA and 200 DMA.Taking support from its 50 DMA curve in the second last week of March 2022 has accelerated the momentum of its price gain. Overall, the value has spiked by a decent 116% in the last four days. Coming down to the chart patterns, the breakout came at a very crucial point, but it wasn’t highlighted through the existing pivot points. Based on Zilliqa price predictions, this could be a possible pump and dump event as the price hike came on the day Metapolis news was launched.

Historical price momentums have proven that event-based price movements often retrace back to their initial levels. In terms of the RSI indicator, we can witness a sudden volume and buying sentiment gain that was followed by a sudden dump. Ideally, for long-term stability, ZIL should test the support of its 200 DMA, which would require a 52% price decline from its current levels of $0.101.The ZIL price pattern since 2019 can be seen as a declining type trend, which eventually took the uptrend rally from 2021. Prices seem to have touched their all-time high in May 2021 with a strong rally. This was followed by a consolidative price pattern that carried forward to seven months before eventually succumbing to the downtrend movement. From its $0.05 levels, ZIL found a sudden burst of buying sentiment that has helped it back into the consolidation zone. First resistance comes around $0.1248 levels, followed by $0.1444 levels. To achieve these levels, ZIL will have to leap 24% to 42% from its current trading value of $0.1016.